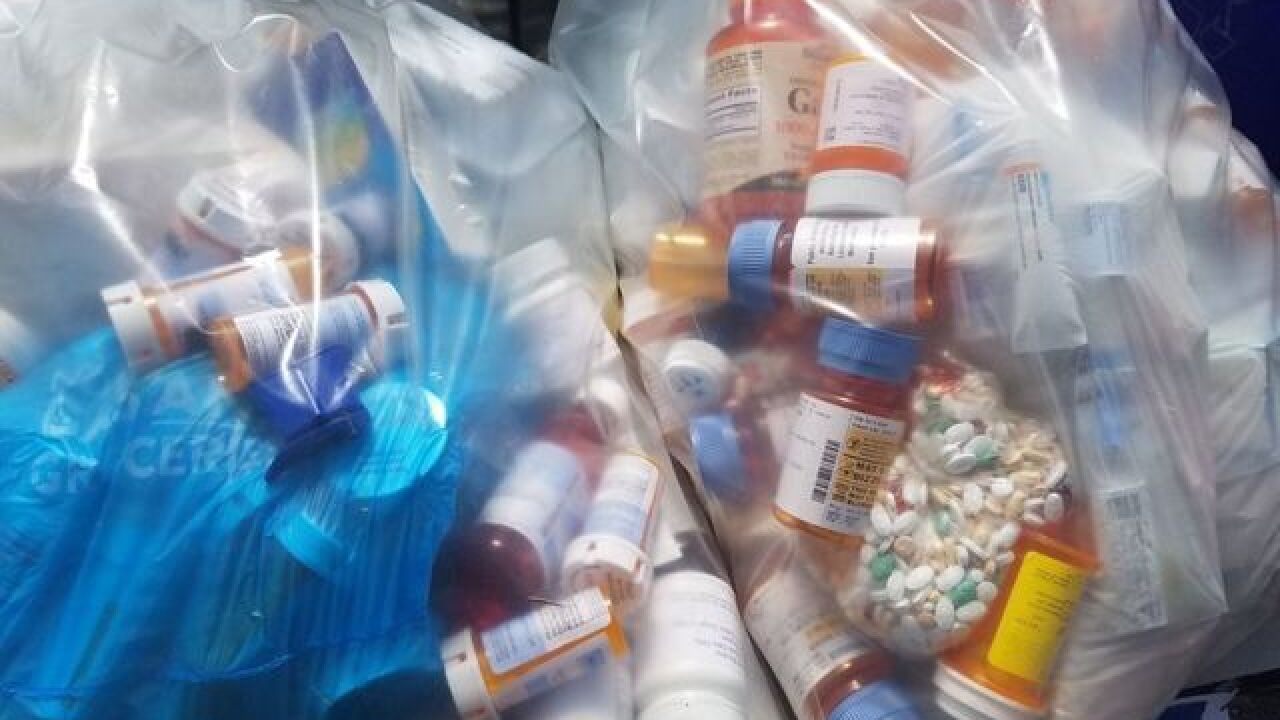 From 10 a.m. to 2 p.m., prescription drugs will be collected for free and anonymously at the following locations:

Sharps or needles will not be accepted.

The effort is part of a nationwide campaign to prevent prescription drugs from making their way into the community or into the wrong hands. Though, prescription drugs can always be dropped off at San Diego Sheriff's stations and substations during regular business hours.

DEA officials are also partnering with the event, which they say has collected more than 9.9 million pounds of unwanted prescription medications over the past eight years.

"We all have a story, a friend or loved one, or even ourselves, who has been devastated by addiction, DEA Special Agent in Charge Karen Flowers said in a release. "Saturday is your chance to be part of the solution; to say 'not on my watch.'"

If unable to dispose of unwanted medications at one of these events or a Sheriff's station, Kaiser Permanente advises mixing medications with something unappealing, such as coffee grounds, sealing the mixture in a disposable bag or container, and throwing it away.