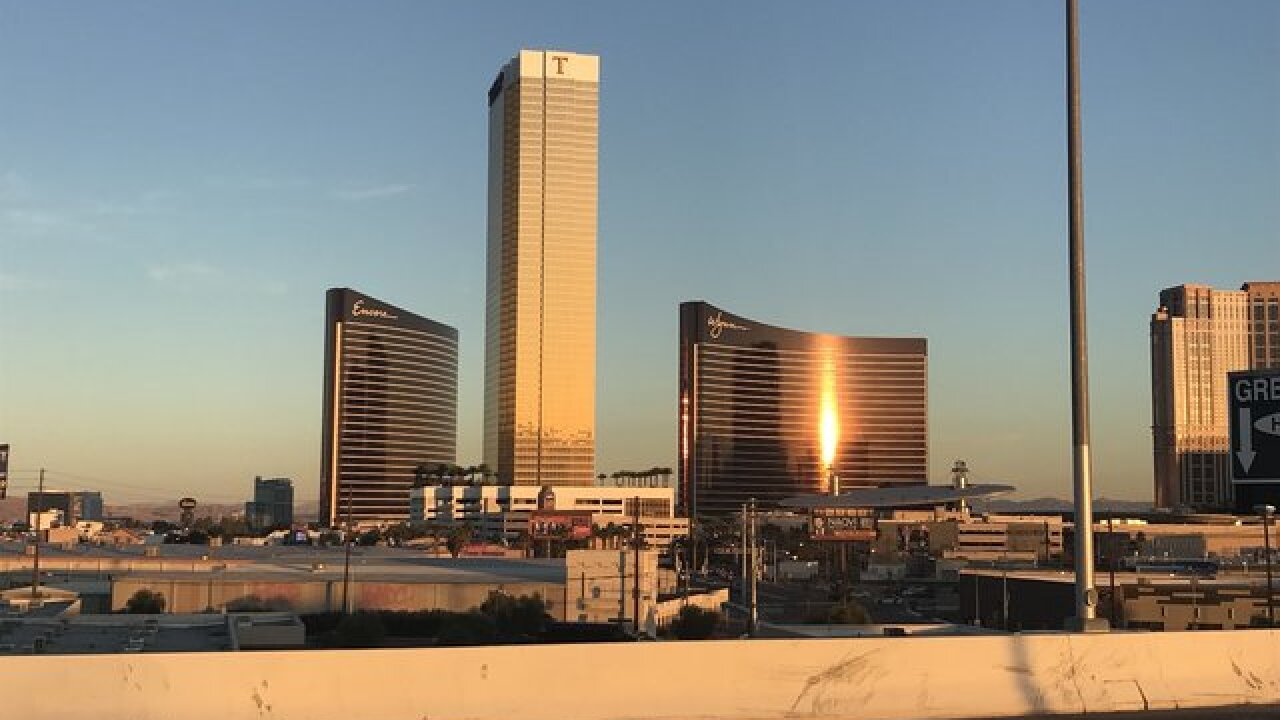 (KTNV) - Four dentists from California, including one from San Diego County, were arrested after a woman claimed she was assaulted in a hotel on the Las Vegas Strip.

According to an arrest report obtained by 10News’ sister station KTNV, the alleged incident happened in the early morning hours of July 28 at the Wynn hotel-casino.

The arrest report stated a woman met a man at a bar inside the hotel. He invited her to his suite for drinks, and the woman said the man hugged and kissed her on the way to his room.

Once inside the room, the man began trying to pull off of her pants. The woman said she told him no because she was not there for sex. Another man, who was naked, then walked out of a bedroom. The first man reportedly ordered the woman to perform oral sex on his friend, it was noted in the report.

While the woman struggled with the two men, another man -- who was also naked -- allegedly walked out of the same room, according to the report.

The woman said she attempted to resist but was too intoxicated and was overwhelmed because of how many men were attacking her. In the report, she claimed she told the men to stop several times.

After the alleged attack, the woman was allowed to leave. She joined a friend downstairs and told the friend what happened. The pair then contacted hotel security.

After being interviewed by police officers, the following men were booked into the Clark County Detention Center.

The men, who are facing charges of sexual assault and first-degree kidnapping charges, were in town to celebrate a friend's birthday, KTNV reported.

10News learned the man the woman met at the bar is from Carmel Valley and is licensed to practice in San Diego County. The other three men are from Los Angeles County.

Attorney Robert Draskovich, who represents the man the woman met at the bar, confirmed on Thursday that all four men have been released on their own recognizance.

Draskovich said a video was given to the Clark County District Attorney's Office that showed that the sex was consensual and that the men plan to turn over two additional videos.