Immigration officials arrested a couple from San Diego at an airport in Bangkok after they reportedly exposed themselves at a temple and posted the photos on Instagram.

According to the Bangkok Post, the couple was arrested around 8 p.m. while trying to leave the country.

The two men, identified as Joseph Dasilva and Travis Dasilva, both age 38, were arrested for public nudity. The San Diego Gay and Lesbian News reported that the couple lives in Hillcrest.

WARNING: Some photos in this article contain graphic content.

The two men admitted to taking down their pants and posing for the photos showing off their buttocks at the Wat Arun Temple, also known as the Temple of Dawn according to the Bangkok Post.

The offense violates criminal law in the country and carries a fine of up to 5,000 baht (roughly $153.)

On Wednesday, the Bangkok Post reported the men could face additional charges as well as possible jail time.

The Bangkok Post, citing a police official, reported the men "would be charged with violating the computer crime law for posting pornographic pictures online and breaching Section 206 of the criminal law concerning behaviour at a religious place that insults religion."

Both offenses could lead to jail time of up to five and seven years.

Local immigration laywer Tammy Sumontha, who has practiced in Thailand, isn't surprised the charges are piling up with the outrage.

"The government is driven by the community. If there's a lot of community and social media pressure, they do tend to treat them more seriously," said Sumontha.

She says the Thai justice system doesn't guarantee a right to an attorney or a jury trial. A 3-panel judge will likely decide their fate after hearing similar to a US trial.

Sumontha says there is one thing they can do to help themselves. "If you show remorseful ... would never do that again, that could lessen the penalty," said Sumontha.

The couple will have to hire their own attorney, but it's not known if they have found one yet.

Sumontha says plea bargains are not common in Thailand, and because this case is now high profile, the court process will likely be a fast one. 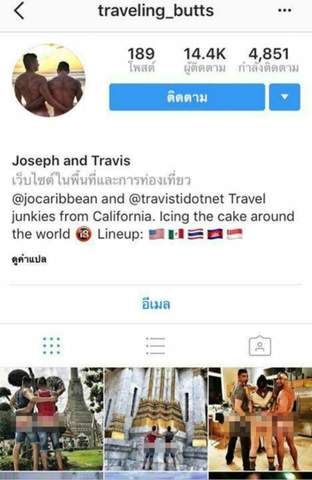 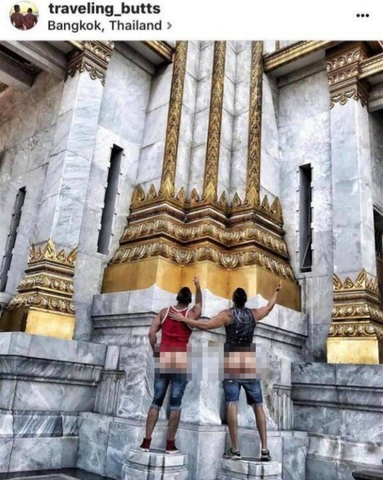