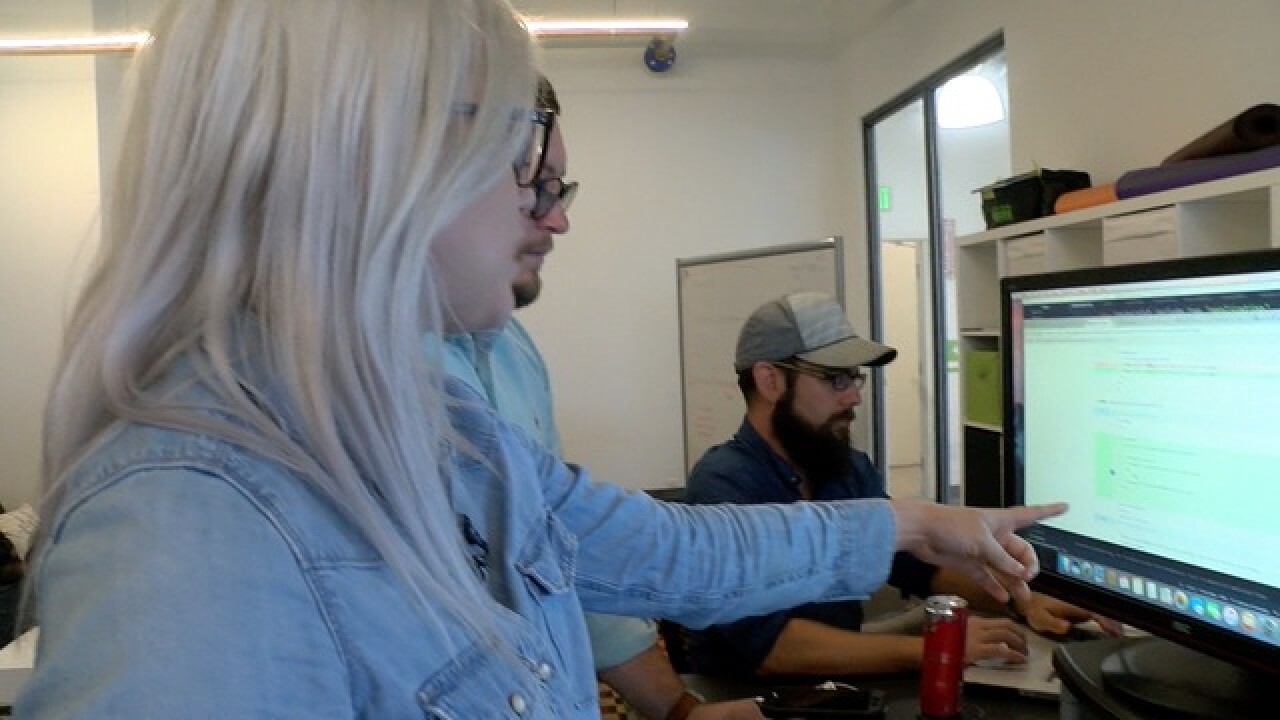 Copyright 2017 Scripps Media, Inc. All rights reserved. This material may not be published, broadcast, rewritten, or redistributed.
<p>Learn Academy</p>

SAN DIEGO (KGTV) - A recently revamped coding boot camp promises to get you in on San Diego's tech boom while helping you earn money as you learn.

The job market is tightening up, but raises are still hard to come by -- except for those with skills in demand.

LEARN Academy aims to get local workers those skills through a four-month retraining program that culminates in a local internship. It teaches programming languages like Ruby on Rails, JavaScript, HTML and CSS.

Bri Kutauskus left her job delivering presentations to prisoners in Colorado to retrain as a web developer.

"I usually code when I'm at home with side projects, and then go to meetups on top of that," she said.

Kutauskus commutes from Mira Mesa by bus to save money, even though she has a car. She said it helps her defray the cost of LEARN Academy. The full price is $12,500, but scholarships are available for women, minorities and low-income households. There are discounts for members of the military.

The students also can start earning money as they learn new skills because they can build websites. Alyssa Hope, the lead instructor, said peers and teachers are willing to help if students get stuck on their side jobs.

"You might take a first project for free if it's for a friend or something, but we try and encourage people to charge for the time that they put in," Hope said.

A spokeswoman for the academy, which is now taking applications for October, said the starting salary for graduates is between $50,000 and $75,000 a year. Graduates with no prior experience earn about $60,000.

The academy says some of its former students are now holding these jobs: