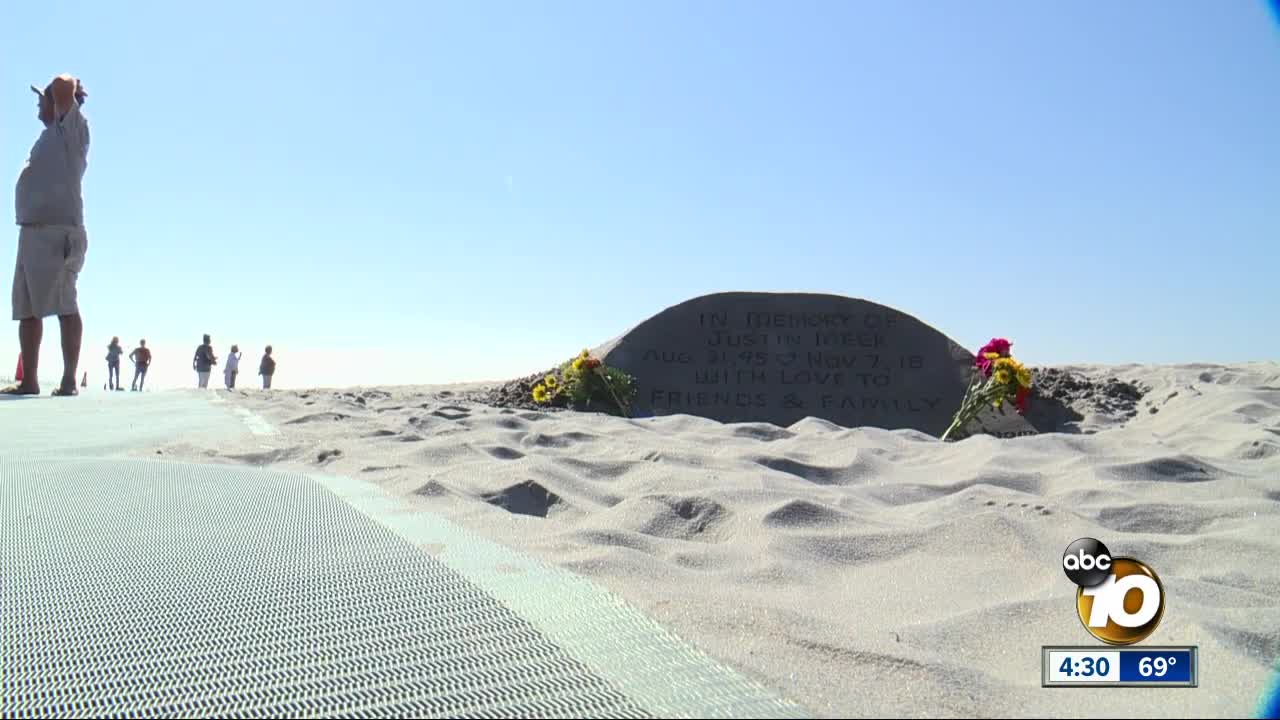 San Diegan Justin Meek was among the 12 victims 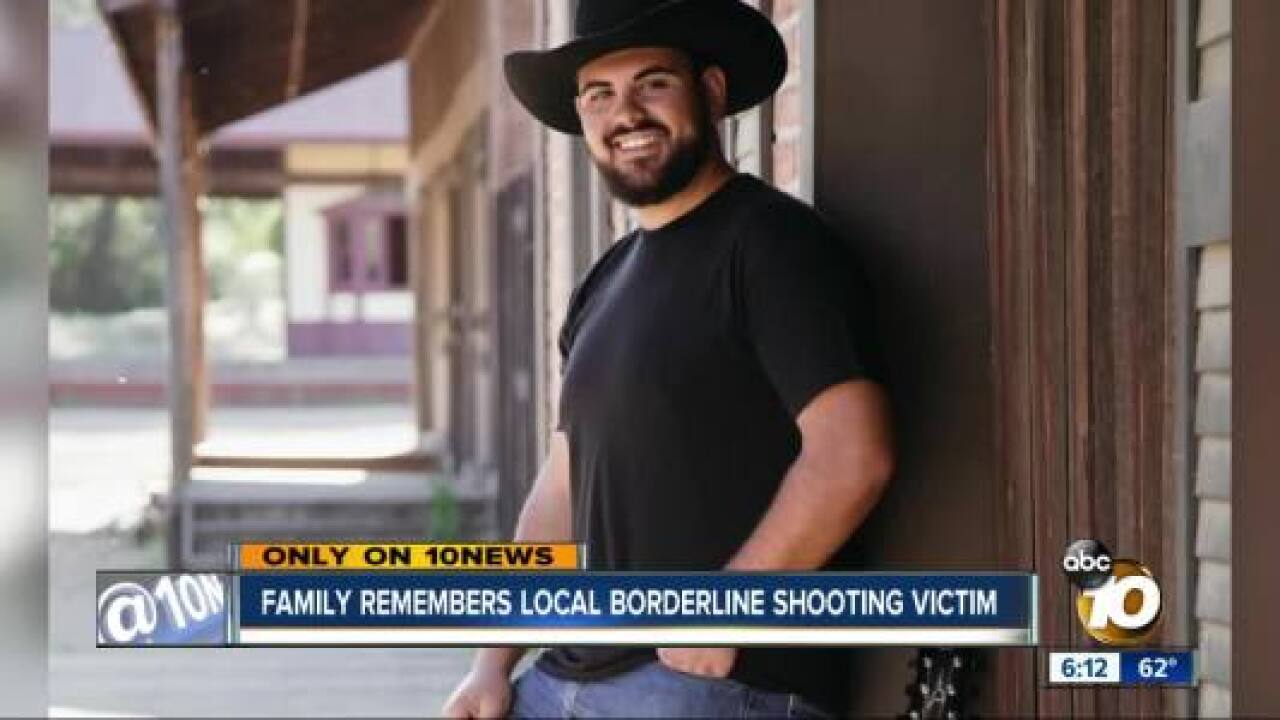 SAN DIEGO (KGTV) - A San Diegan who was killed in the mass shooting at the Borderline Bar was honored Thursday on the anniversary of the attack, both in Coronado and Thousand Oaks.

Meek, a promoter and occasional security guard at the bar, broke out windows so others could escape when gunfire erupted last November, according to family members.

Witnesses said Meek had his hands outstretched, trying to block the gunman when he was shot.

"All Justin ever wanted to do was serve and protect, and that's what he did that night," said his mother Laura Lynn Meek.

Meek had plans to join the Coast Guard, and he worked as a lifeguard in Coronado. On Thursday, artist Bill Pavlacka built a sand sculpture in Meek's honor outside the main lifeguard tower.

"Sometimes people just don't take a moment to sit back and reflect," he said.