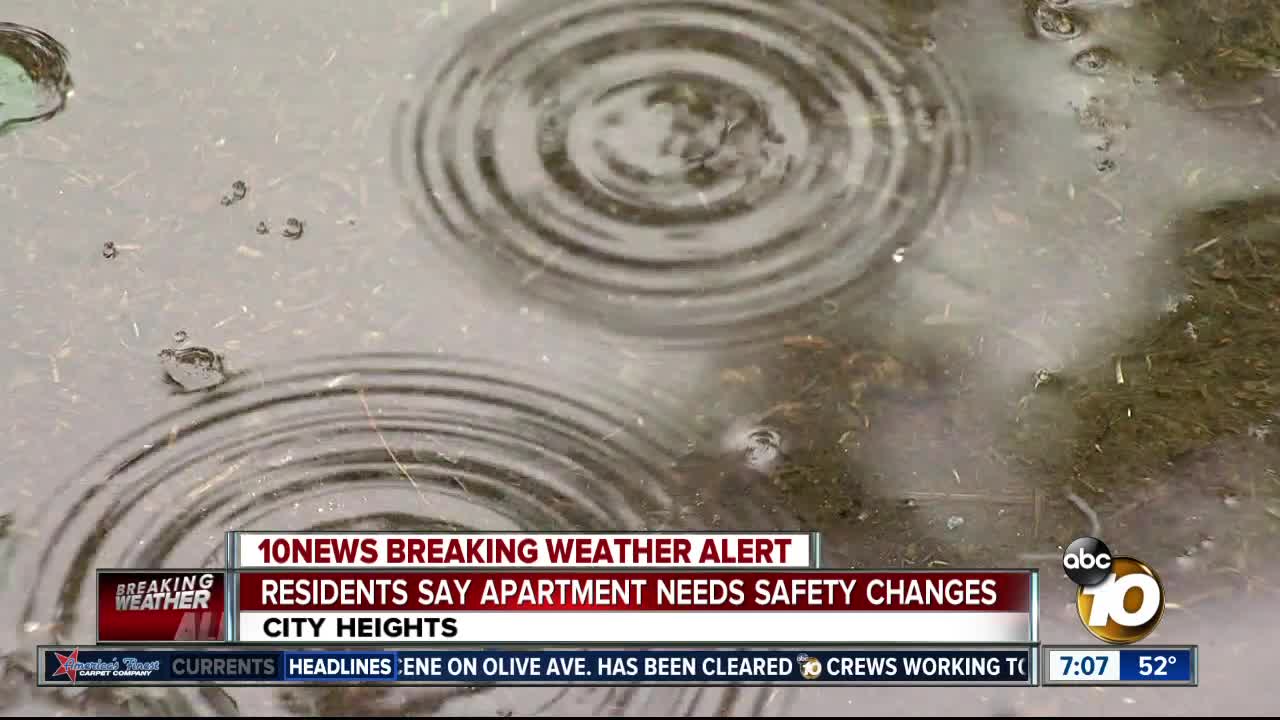 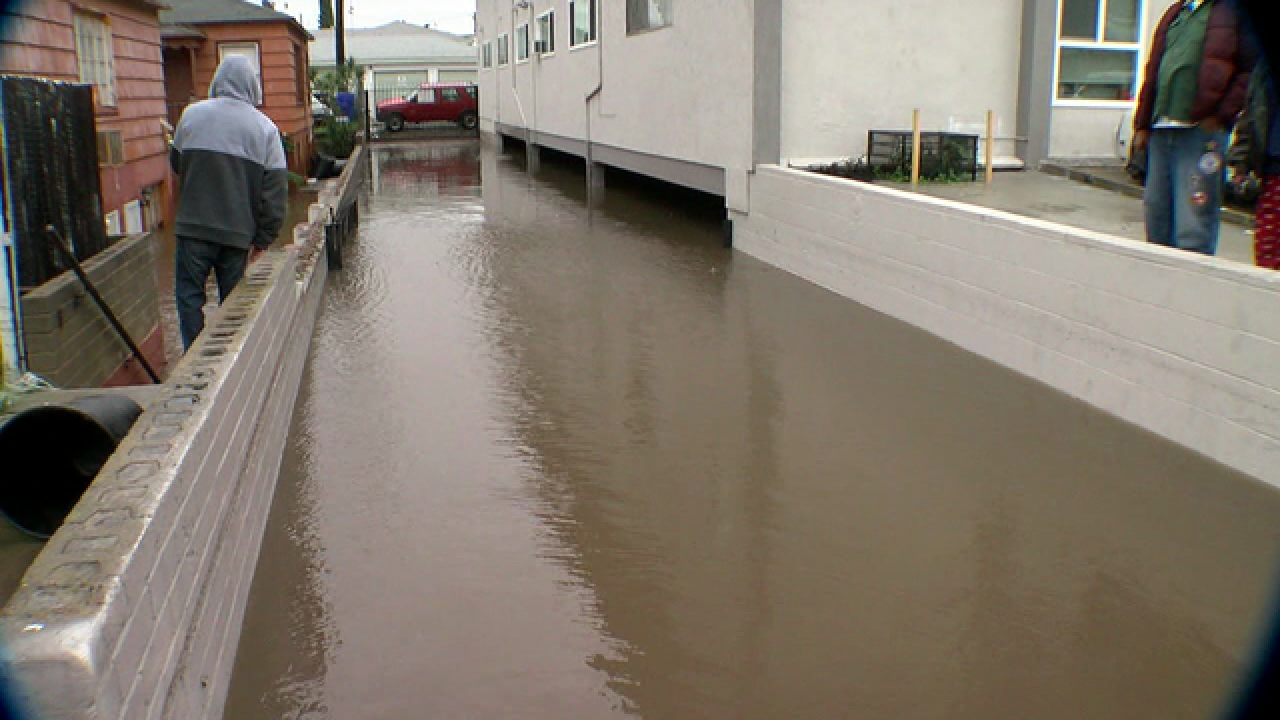 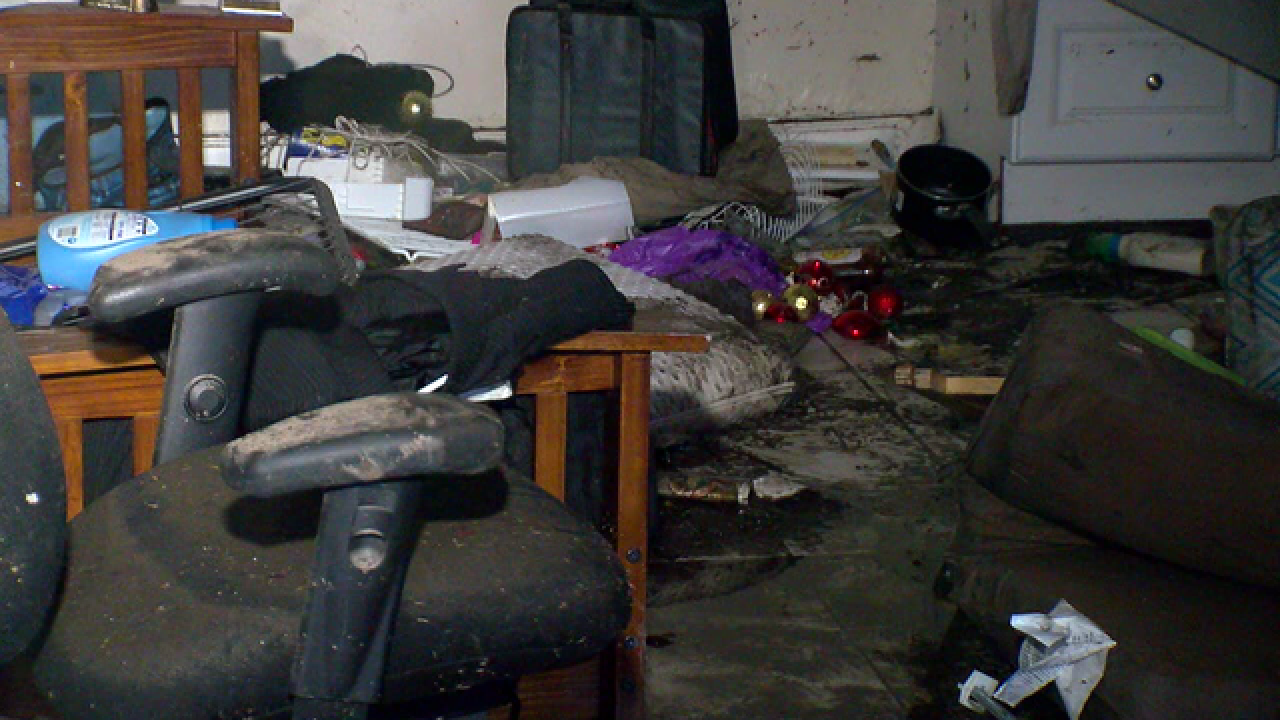 San Diego -- Residents at an apartment complex in City Heights are questioning whether flooding from last weeks storm could have been prevented.

Some tell Team 10 they are consulting attorneys and preparing to file claims with the city.

Enrique Moreno has lived at this city heights apartment complex for nine years.

FEMA’s national flood hazard map shows the area on 48th street is an area of minimal flood hazard. Yet Enrique says this is the third time the complex has flooded since he’s lived there.

A geology expert tells Team 10 any problem would have been designed, built and created by people. Team 10 discovered the building has had three owners in almost four years.

According to the San Diego County Treasurer-Tax Collectors office the most recent Vista International Inc., who bought the property in March of 2016.

They're part of a privately owned real estate investment company.

When Team 10 called their Canadian offices a representative said someone from their management company, RG Investments would return the phone call.

As of this writing, no one has called back.

In a statement the City of San Diego said:

“This particular building on 48th Street is below street and alley level and the garage is subterranean. There is a storm drain in front of the building but the amount of rain we received yesterday was extraordinary. The storm drain was functioning properly but there was just too much rain water.”

Enrique says the dip in the city road sends water straight to the parking garage. He believes the responsibly is half with the city and half with the apartment owner.

The City of San Diego is encouraging anyone who they believe suffered property damage as result of something the city did - or failed to do - to file a claim with the Risk Management Department.