A government project is sweeping parts of La Jolla and University City for possible munitions left over from when the area was used as an artillery range for the Marines. Matt Boone reports.

LA JOLLA, Calif. (KGTV) - Researchers Thursday will search for unexploded munitions in an area near La Jolla and University City.

Since 1985, the U.S. Army Corps of Engineers has been monitoring an area near UC San Diego for potential explosives.

Most of the area has been developed, but it was previously used as a Marine artillery range known as Camp Matthews. 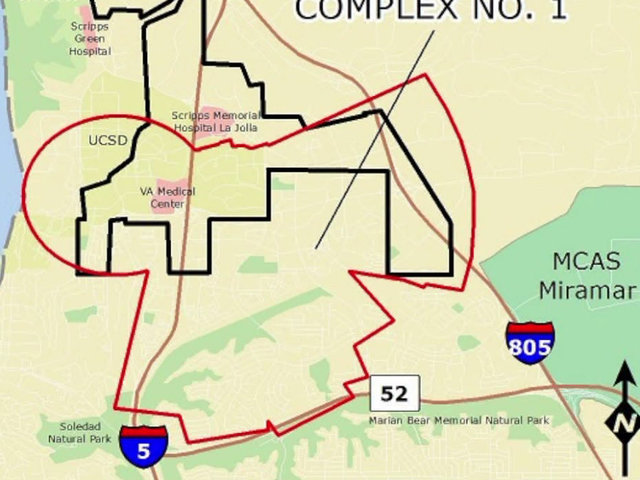 RELATED: Bombs in La Jolla? The government plans to search for old munitions

Throughout the years, fragments of large rockets and mortar shells have been unearthed, but none of them were considered to be live explosives.

Still, "there's the possibility you could find some projectiles," said Brooks Hubbard with the Army Corps of Engineers.

They are overseeing the investigation to determine if there is any risk of unexploded munitions.

On Thursday, they surveyed a property owned by the City of San Diego south of Nobel Drive and west of the 805 freeway using a heavy-duty metal detector.

The large, yellow device is connected to a GPS system that maps areas where metal is detected.

Hubbard says once that data is analyzed, the Corps will determine if they need to come back to excavate suspicious areas.

They estimate the project will last two to three months.