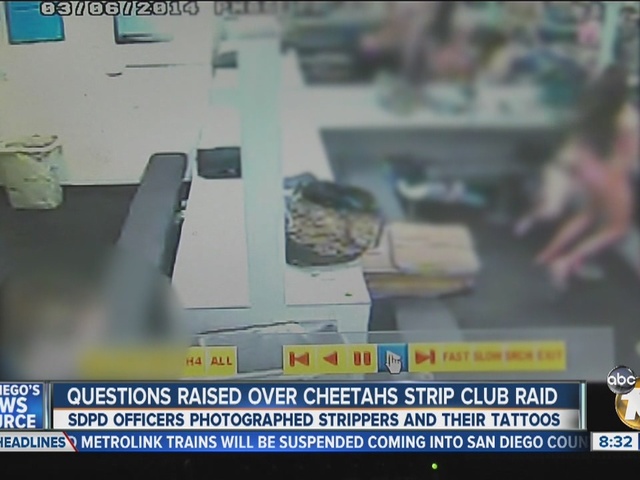 A manager at Cheetahs strip club says his dancers felt violated by police who photographed them almost nude. 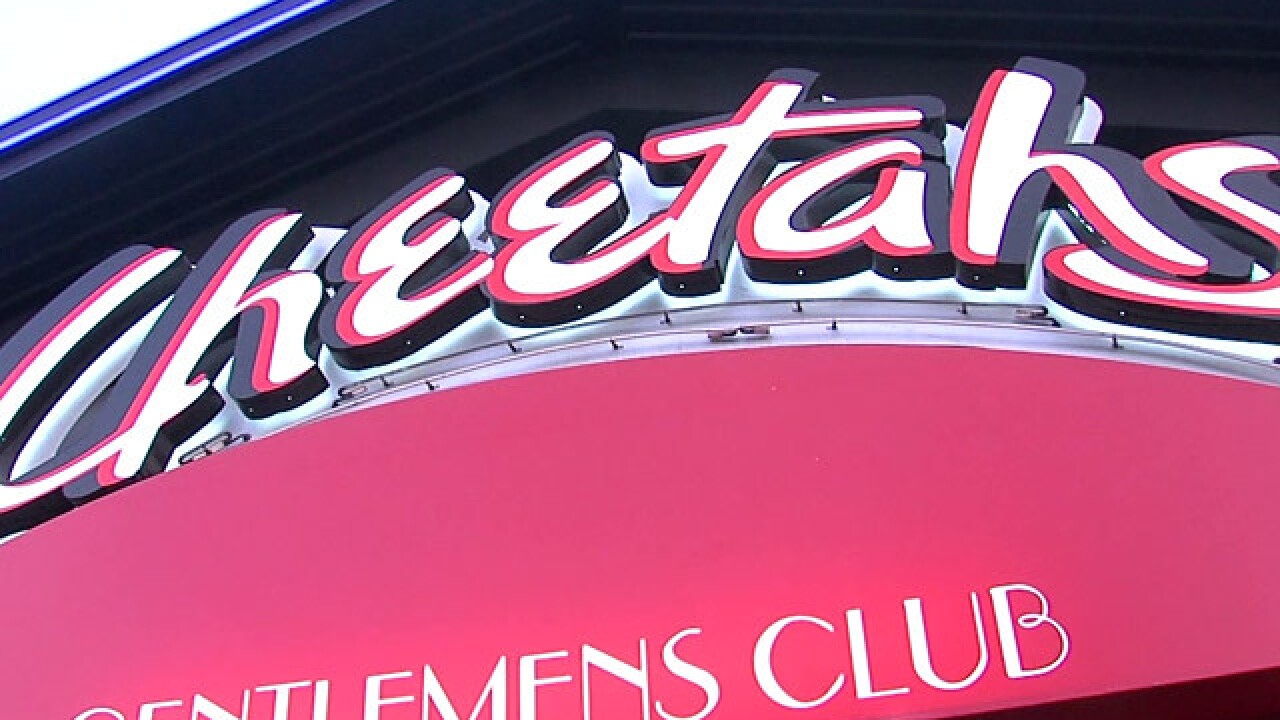 A manager at Cheetahs strip club says his dancers felt violated by police who photographed them almost nude.

The mood at the strip club in Kearny Mesa quickly turned intense Thursday night when 10 officers swarmed the building with guns and bulletproof vests, interrupting business for a couple of hours.

"I didn't know if it was a bank robbery or serial killer on the loose the way they had come in like that," said manager Rich Buonantony.

The detectives showed up to make sure all 30 dancers had proper permits and were in compliance. Surveillance video shows the women lined up and officers taking down their information.

"They asked us for our licenses and then took down our Social Security and had us line up in the back of the dressing rooms and take pictures," said stripper Katelynn Delorie.

Delorie is a hairdresser by day and a stripper at night. She has a lot of tattoos and says that made things even worse.

"They made me feel like I was a gang member pretty much and they wanted to document every single one of my tattoos," said Delorie.

Buonantony says he is happy to work with police but hopes they are more subtle about it next time and respect the dancers.

"It's just the show of force, show of power was incredible," he said. "We are good citizens. We want to be a part of the community."

Buonantony says there have been no problems in the last 12 years under their current ownership and that a similar raid happened once before.

"One of the many responsibilities of the San Diego Police Department’s Vice Unit is to conduct random inspections of strip clubs to ensure dancers are complying with the law and that they have an entertainers permit. In most cases, Vice Unit detectives do not require or request clubs to shut down. Photographs of the entertainers permit and the person in possession of it are taken for investigative purposes."