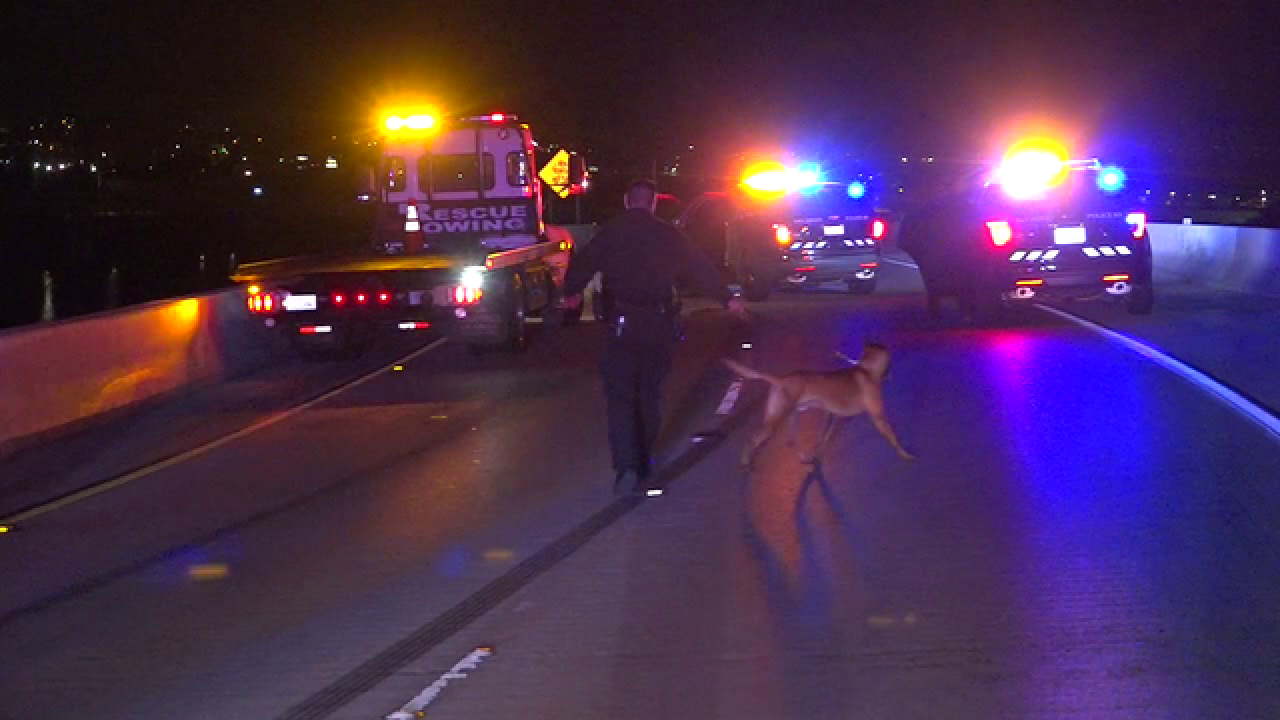 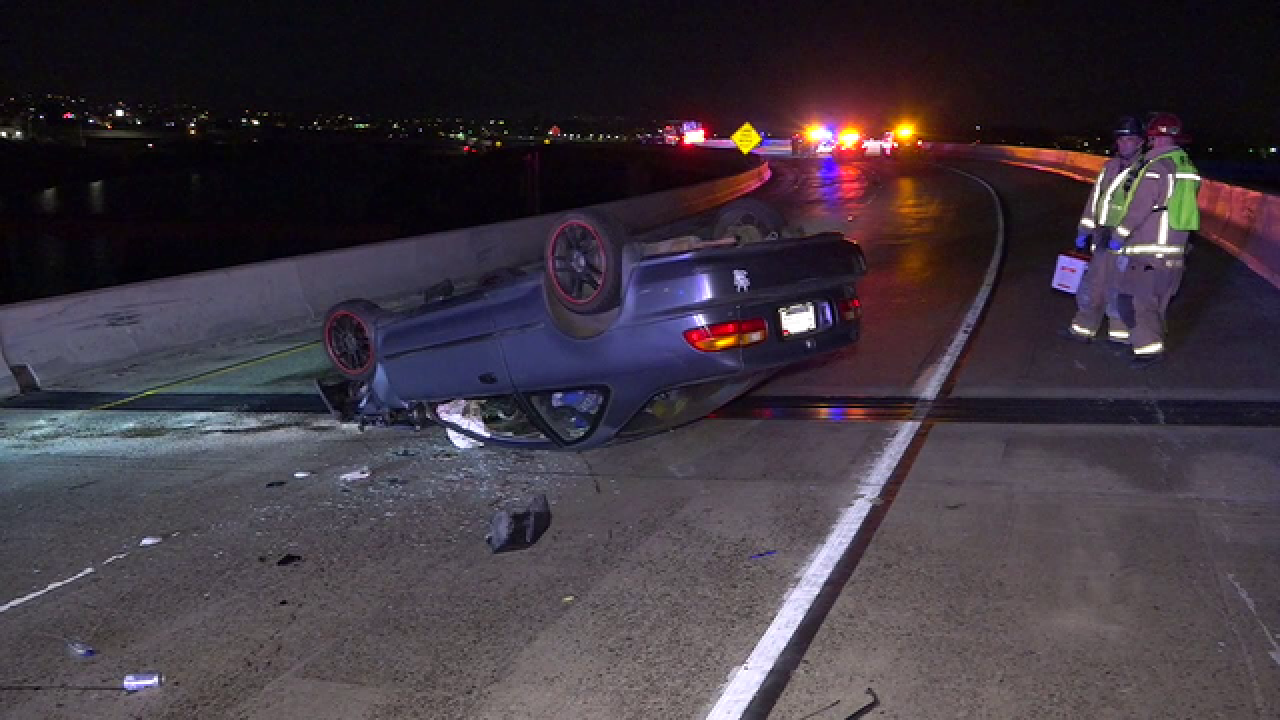 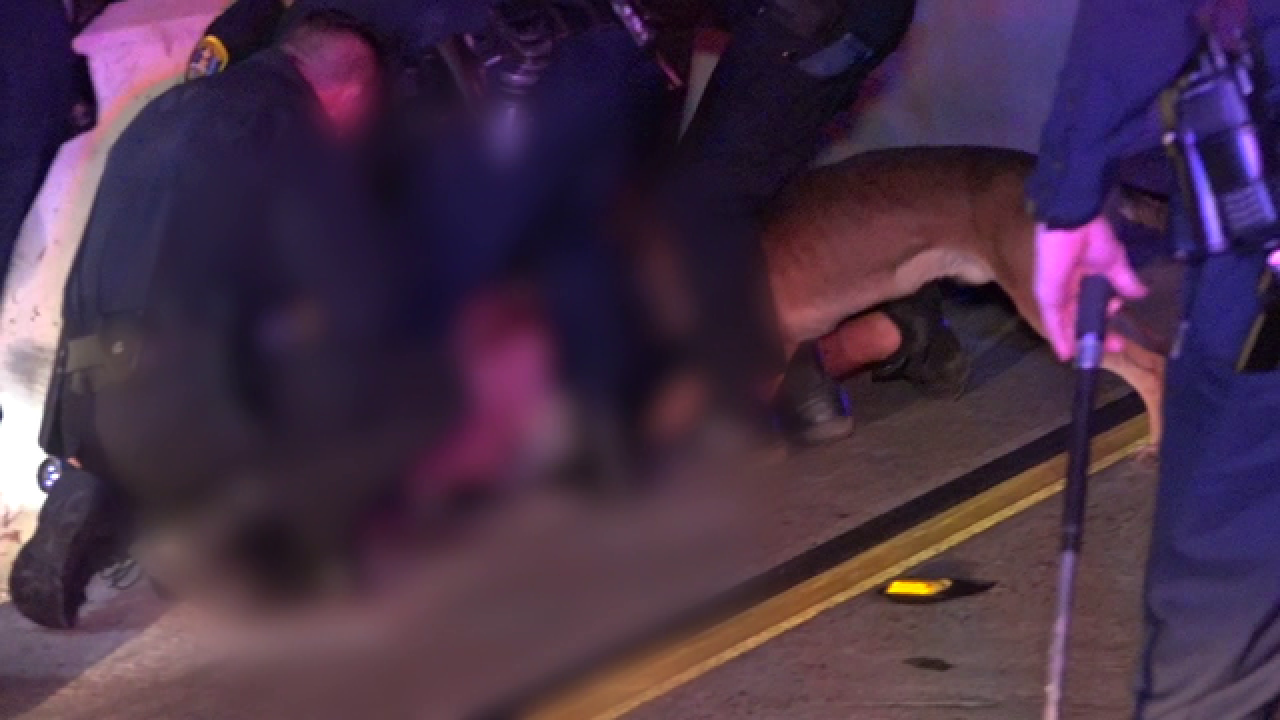 NATIONAL CITY – A high-speed chase that topped 100 miles per hour ended in National City when the driver crashed and then got in a wrestling match with an officer on the edge of the State Route 54 overpass overnight Monday.
Two men inside the car were captured.
The incident began before 1:15 a.m. Tuesday when San Diego police attempted to pull over a Honda for an equipment violation in the 3000 block of Harbor Drive in Barrio Logan.
According to police, the car refused to stop and a pursuit ensued onto southbound Interstate 5 in National City and then onto the connector ramp to eastbound SR-54.
While halfway up the ramp, the car lost control and flipped onto its roof. The two suspects inside crawled out and tried to run.
A passing tow truck driver happened upon the crash and attempted to assist police by blocking their path.
During a foot chase, an officer caught up with one of the suspects and deployed his taser to stop him. The two got in a struggle on the edge of the overpass. A police K-9 arrived and helped subdue the man, who was bleeding badly from his head.
The second suspect was found a short time later hiding in a dumpster. Both were taken to a hospital.
No names were released. The suspects will likely face charges including evading police and resisting arrest.
Scripps Only Content 2015