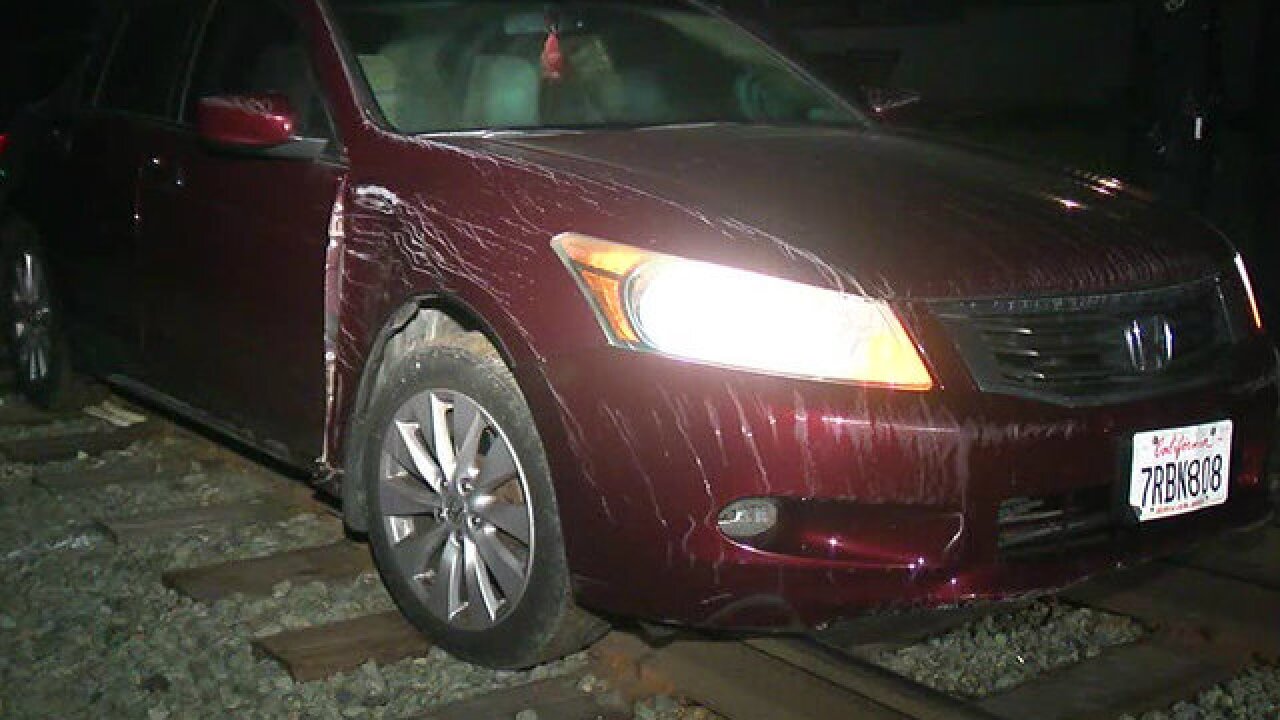 It all started around 2:20 a.m. in the 700 block of Euclid Avenue, just south of state Route 94, when a patrol officer attempted to stop a Honda sedan with a license plate light that wasn't working, San Diego police Sgt. Joe Ruvido said. Instead of pulling over, the driver fled south toward Market Street.

The pursuit came to an end after the driver apparently tried to navigate the trolley tracks but became stuck.

The driver, whose identity was not immediately released, was taken into custody on suspicion of driving under the influence, Ruvido said. No injuries were reported, and police worked with the Metropolitan Transit System to tow the Honda off the trolley tracks.