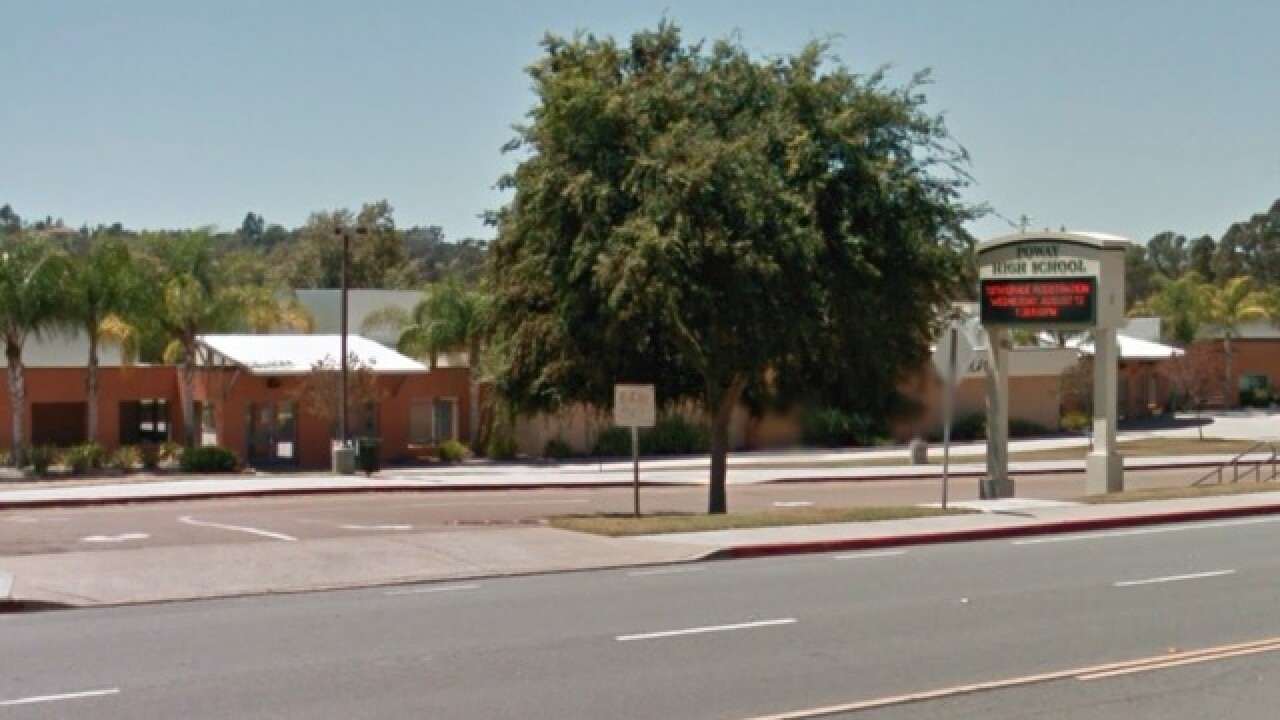 Friday, the parent of a Poway High student reported several threats were made by another student, according to the San Diego Sheriff's Department.

The student, who was not named, was in an argument with a group of students and threatened to bring a gun to school and shoot the students, SDSO said.

Deputies responded to the student's home but did not find a firearm at the home.

The student was taken to Juvenile Hall and charged with making criminal threats.

SDSO reminds parents and students that deputies investigate all schools threats and encourages them to report any perceived threats to authorities.