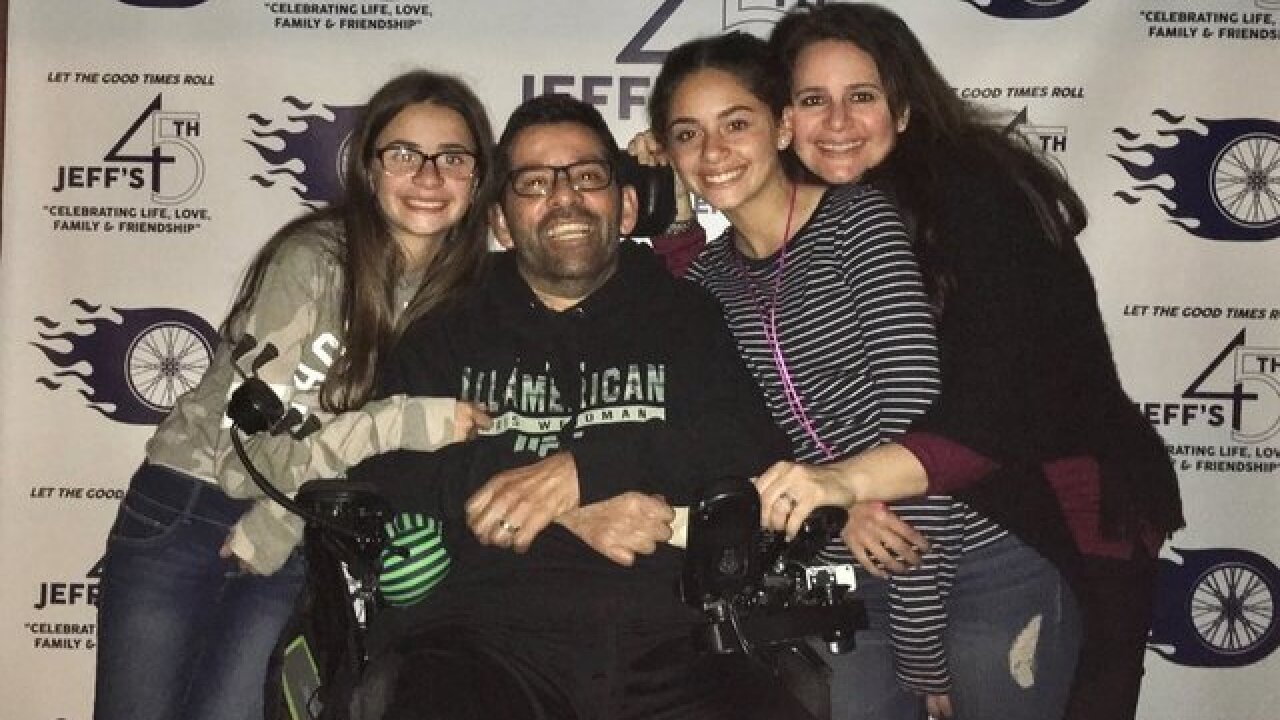 CHULA VISTA, Calif. (KGTV) - A South Bay dentist is donating his time and services to a local Border Patrol agent with ALS.

10News first showed you Jeff Miranda’s fight against his deadly disease earlier this month. Miranda was diagnosed three years ago. He is now in a wheelchair and uses eye gaze technology to communicate.

Dr. Alex Liu of the Otay Lakes Dental Group saw the 10News story and decided to help. The family has been patients there for a few years.

Dr. Liu will now be providing dental work to the entire family free of charge.

"We've seen it firsthand the effects that ALS has had not just on Jeffrey, but the family as well," said office manager Pablo Rojas.

Liz Miranda told 10News reporter Melissa Mecija this “is above and beyond!”

“We are extremely grateful to them as well as you and the Channel 10 news team for all of this support!” Liz wrote.