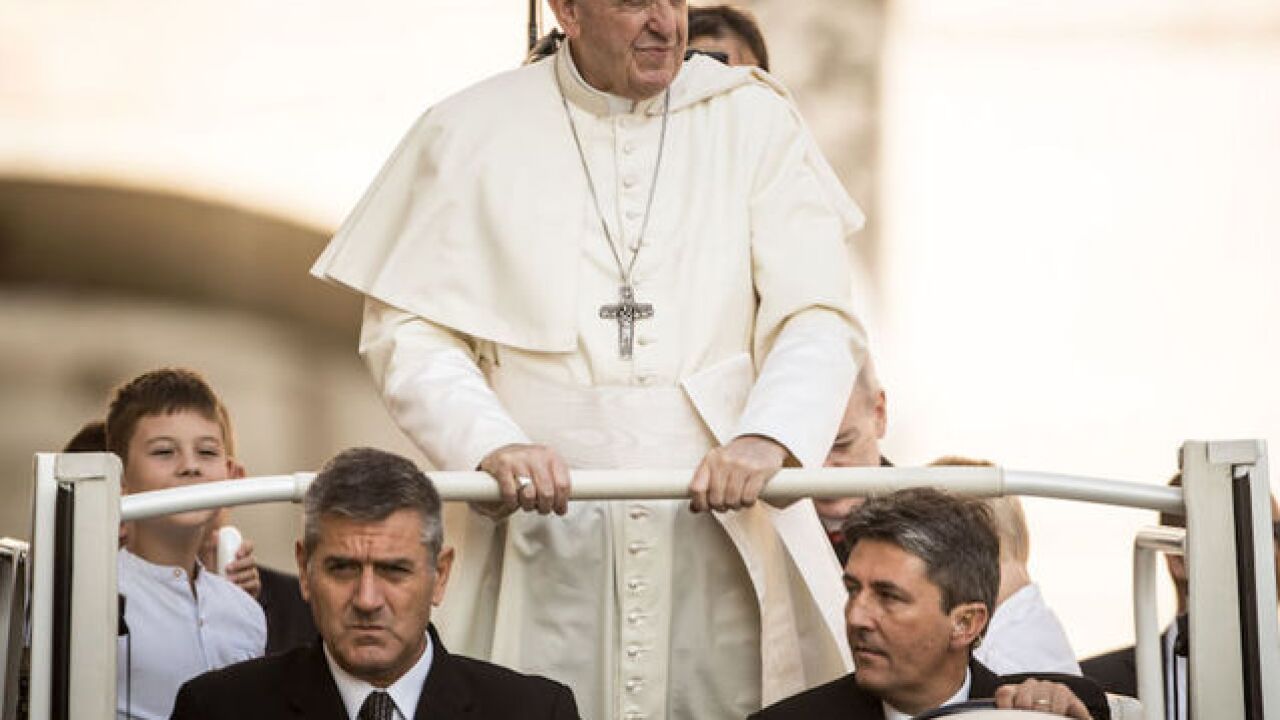 Image copyright 2018 Getty Images. All rights reserved. This material may not be published, broadcast, rewritten, or redistributed.
Giulio Origlia
<p>Pope Francis arrives at his General Weekly Audience in St. Peter's Square on August 29, 2018 in Vatican City, Vatican. During his speech the Pontiff said: "Sadly, the joy of my Visit (to Ireland) was clouded by the recognition of the suffering caused by the abuse of minors and young people by some members of the Church. I begged forgiveness for these crimes and encouraged the efforts made to ensure that they are not repeated". </p>

Pope Francis has summoned top Catholic officials to discuss the escalating sexual abuse scandal that has plagued the church.

The Pope will meet the presidents of the Catholic bishops conferences from around the world in the Vatican from February 21-24, the Vatican said Wednesday.

"The Holy Father Francis, after hearing the Council of Cardinals, has decided to convene a meeting with the presidents of the Episcopal Conferences of the Catholic Church on the theme of the 'protection of minors,'" the Vatican press office said in a statement.

The announcement comes amid growing criticism of the Pope's role in dealing with historical child abuse within the Catholic Church, and a day before he is scheduled to meet Cardinal Daniel DiNardo, president of the US Conference of Catholic Bishops.

DiNardo, of the archdiocese of Galveston-Houston in Texas, requested the meeting with the pontiff as the Catholic Church in the U.S. faces clerical sex abuse scandals on several fronts.

Those allegations, as well as an explosive letter from a formal papal diplomat, have raised serious questions among senior church leaders about why McCarrick was allowed to rise through the church's ranks, as well as who knew about the accusations.

Those reports come on top of a 900-page investigative report released last month by a grand jury in Pennsylvania that found that more than 300 priests had sexually abused more than 1,000 children in six dioceses since 1947, often while church leaders covered up the crimes.

In a separate development, an open letter published on Catholic Women's Forum, which calls on the Pope to respond to allegations by Archbishop Carlo Maria Viganò surrounding the sexual abuse scandal, has gained more than 44,000 signatures in just under two weeks.

The letter, originally published on August 30, calls on Francis to respond to Viganò's accusation that the pontiff was made aware of alleged sexual abuse by Cardinal McCarrick as early as 2013, and subsequently failed to act.

Viganò, a former Vatican ambassador to the US, said he told the Pope about the allegations five years ago, but the pontiff did nothing about it. Viganò subsequently urged the Pope to resign.