SAN DIEGO (KGTV) -- A new poll shows that a majority of Californians don’t want driverless cars in their neighborhoods.

According to a poll, 58 percent of Californians driverless cars shouldn’t be allowed on the streets of their neighborhoods.

Only 21 percent of those surveyed say they are okay with driverless cars being in their neighborhoods while 20 percent are unsure. 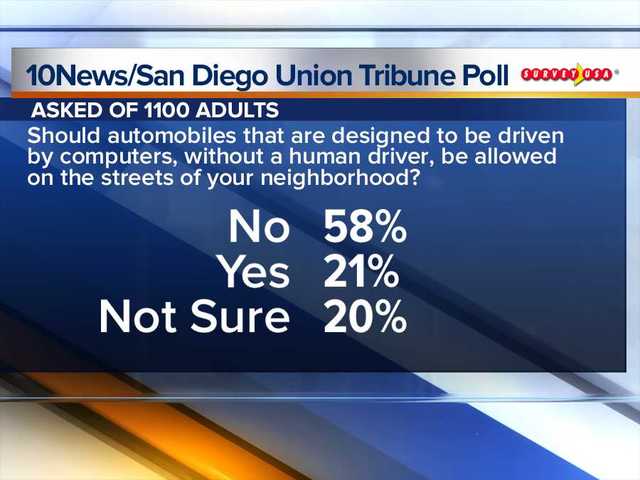 Meanwhile 31 percent of those surveyed say the state government should be responsible for regulating where driverless cars are allowed to drive while 23 percent say that should be left in the hands of the Federal Government. 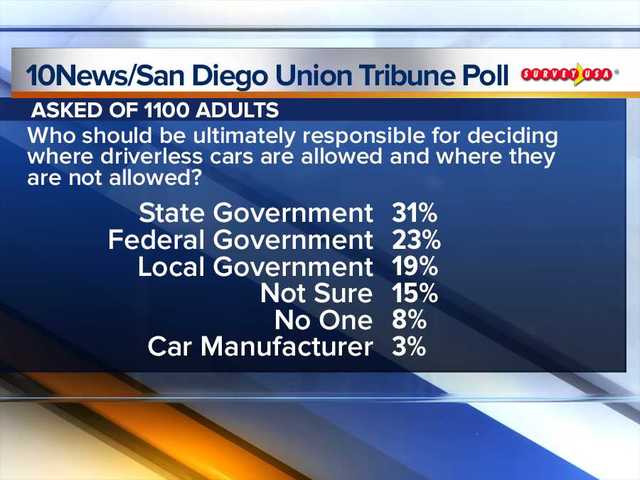 For a majority of Californians, the new technology also makes them uneasy. 32 percent of those surveyed say driverless cars are very unsafe while 31 percent say the tech is unsafe.

In contrast, 19 percent say the cars are safe while 12 percent are unsure. 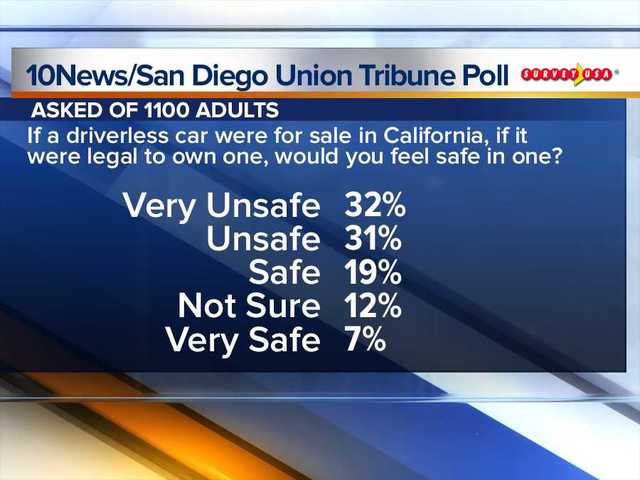