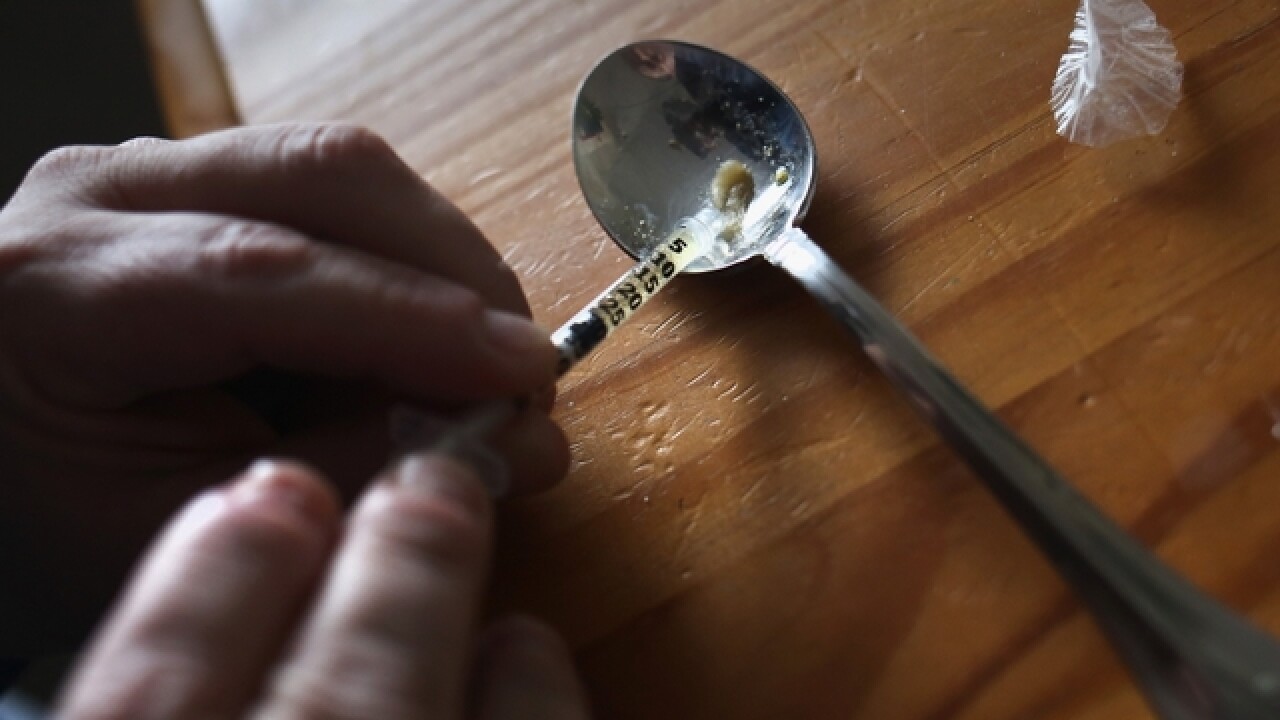 The Trump administration is moving to gut the office of the White House "drug czar" according to a preliminary budget document and an email message that its acting director has circulated to agency staff.

The Office of National Drug Control Policy, or ONDCP, is the lead White House office shaping policy on the nation's opioid crisis, among other responsibilities.

The proposed $364 million cut would leave a budget of just $24 million for the office and would eliminate its two major grant programs.

The eliminations involve the high-intensity drug-trafficking area program, which just received — under a catchall government-wide spending bill signed by President Donald Trump on Friday — $254 million for grants to help states and localities to fight drug trafficking, and the $100 million drug-free communities program, which helps local organizations battle drugs in their communities. The programs have widespread bipartisan support among lawmakers.

"We have a heroin and prescription drug crisis in this country and we should be supporting efforts to reverse this tide, not proposing drastic cuts to those who serve on the front lines of this epidemic," said Ohio Republican Sen. Rob Portman.

The proposal says the Trump budget would result in a "smaller, more streamlined organization that can more effectively address drug control issues."

During the campaign, Trump vowed to combat the nation's growing opioid epidemic, which has ravaged many of the rural areas and small working-class towns where the Republican drew a lot of support. And in March, Trump commissioned a new addiction task force to help combat the opioid crisis, tapping his friend and former rival New Jersey Gov. Chris Christie to lead the fight.

The White House wouldn't confirm the drug czar's office is on the chopping block.

"The president has made very clear that the opioid epidemic in this country is a huge priority for him," said White House spokeswoman Sarah Huckabee Sanders, adding that there has been no final decision made about office's budget.

The document is a preliminary White House proposal for the drug czar's office that is subject to change before being released later this month. It was obtained by a former Obama administration official and shared with The Associated Press.

The proposal could cut staffing for the office by 33 full-time workers, according to the leaked email by acting drug office director Rich Baum. Such cuts which could eliminate almost half of the staff for the office.

"I have been encouraged by the Administration's commitment to addressing the opioid epidemic, and the President's personal engagement on the issue," Baum said. "These drastic proposed cuts are frankly heartbreaking and, if carried out, would cause us to lose many good people who contribute greatly to ONDCP's mission and core activities."

Trump's new addiction commission is to work with local officials, law enforcement, medical professionals and addicts to improve treatment options, prevent people from getting hooked in the first place and stop the flow of drugs across the border. Trump signed an executive order formally establishing the commission, which is to be run under a new office helmed by Trump's son-in-law and powerful adviser Jared Kushner.

"We want to help those who have become so badly addicted. Drug abuse has become a crippling problem throughout the United States," Trump said in March, citing statistics that show drug overdose is now the leading cause of accidental death in the country. "This is a total epidemic and I think it's probably, almost un-talked about compared to the severity that we're witnessing."

Rep. Tom Marino, R-Pa., had been poised to be named the new drug czar, replacing Michael Botticelli, who left at the end of the Obama administration, but cited an illness in his family and withdrew his name on Thursday.

Connecticut Democratic Sen. Richard Blumenthal immediately fired off a letter to the White House praising ONDCP for "strides in recognizing and treating the opioid epidemic as a public health and safety crisis that will be overcome through prevention and treatment of substance use disorder" and said that it's "vitally important that the work of ONDCP remains a priority for the Administration."