Numerous San Diego and state seats will be on the line, and the fate of several important measures will be decided on June 5, the date of California’s primary election.

SAN DIEGO (KGTV) -- Summer Stephan and Genevieve Jones Wright are set to face off during the June 5 primary in a race that is receiving close attention.

The race took a controversial turn due to ads funded by billionaire George Soros that slam Stephan over rape kit testing. The ads have since been pulled.

A recent poll shows Stephan leading Wright with by 20 percent. Thirty percent of voters say they remain undecided in the race.

Whoever takes more than 50 percent of the vote will win the race on June 5 and either become or remain the District Attorney. 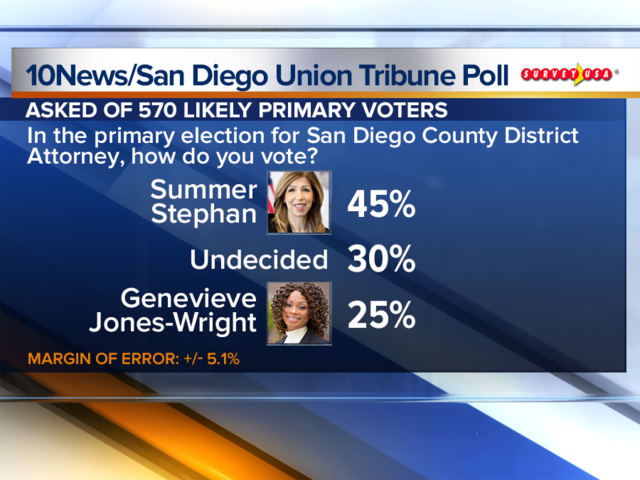