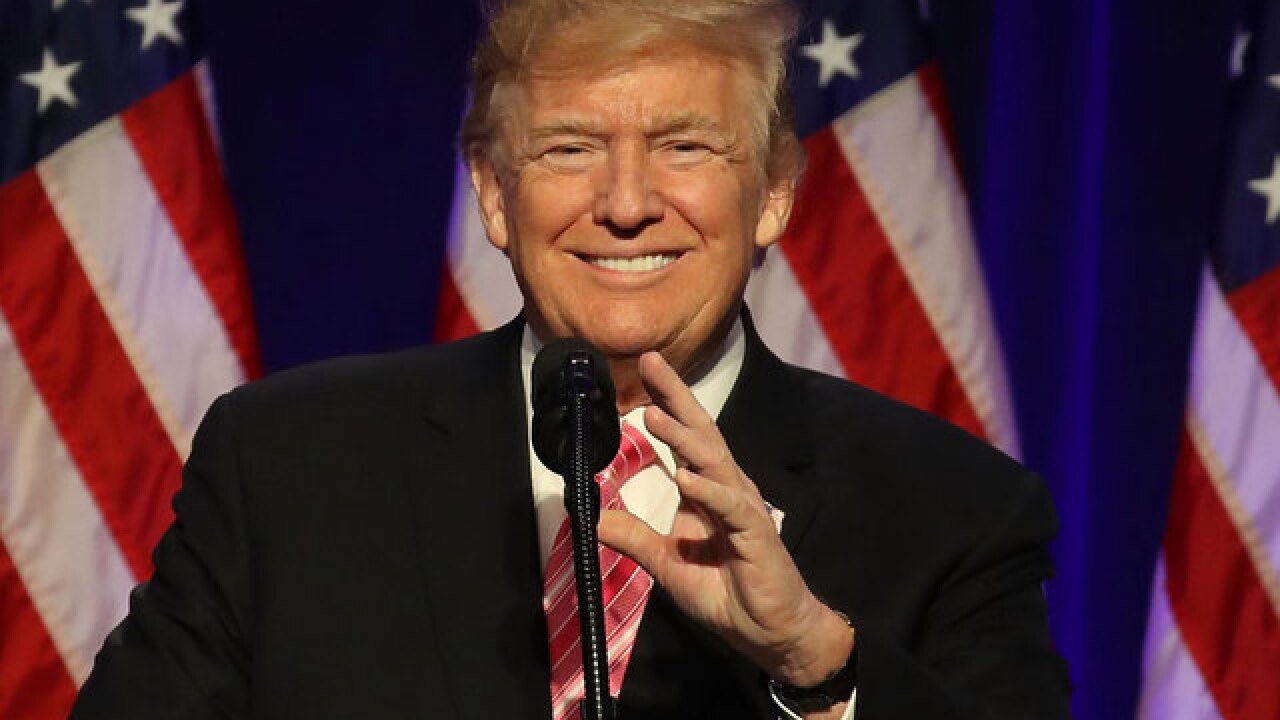 The women are calling on Congress to investigate accusations of sexual misconduct against the president.

Trump has vehemently denied the accusations and while his top spokeswoman wouldn't go on the record Monday, Sarah Sanders has previously said the White House's position is that all the women are lying.

Two Democratic senators -- Cory Booker of New Jersey and Jeff Merkley of Oregon -- called for Trump to resign over the multiple accusations of sexual harassment and sexual assault against him.

The calls come days after Sen. Al Franken, a Minnesota Democrat, announced his intention to resign over accusations of sexual assault.

"I just watched Sen. Al Franken do the honorable thing and resign from his office," Booker said. "My question is, why isn't Donald Trump doing the same thing -- who has more serious allegations against him, with more women who have come forward. The fact pattern on him is far more damning than the fact pattern on Al Franken."

Trump's morning tweet(s)
-- The president posted the following on his Twitter timeline on Monday morning:

Another false story, this time in the Failing @nytimes, that I watch 4-8 hours of television a day - Wrong! Also, I seldom, if ever, watch CNN or MSNBC, both of which I consider Fake News. I never watch Don Lemon, who I once called the “dumbest man on television!” Bad Reporting.

FBI: Sessions didn't need to disclose contacts
-- A newly released document shows that the FBI told an aide to Attorney General Jeff Sessions that Sessions wasn't required to disclose foreign contacts that occurred in the course of carrying out his government duties when he was a senator.

The FBI email from March bolsters the explanation by the Justice Department for why Sessions didn't disclose contacts with the Russian ambassador in his application for a US security clearance. When the omission of the foreign contacts on the form was first reported by CNN in May, the Justice Department said Sessions' office was advised by the FBI that he didn't need to disclose the meetings.

The call stresses the need for Moore's vote in the Senate and claims Jones "is soft on crime, weak on immigration, supports abortion. He's bad for our military and bad for our vets. We don't want him, and he also, by the way, wants higher taxes."

"We need Roy voting for us. I am stopping illegal immigration and crime. We're building a stronger military and protecting the Second Amendment and our pro-life values," Trump says in the call. "But if Alabama elects liberal Democrat Doug Jones, all of our progress will be stopped cold. We already know Democrat Doug Jones is a puppet of Nancy Pelosi and Chuck Schumer, and he will vote with the Washington liberals every single time."