DC Daily: With Trump in New Jersey, White House gets a tune up 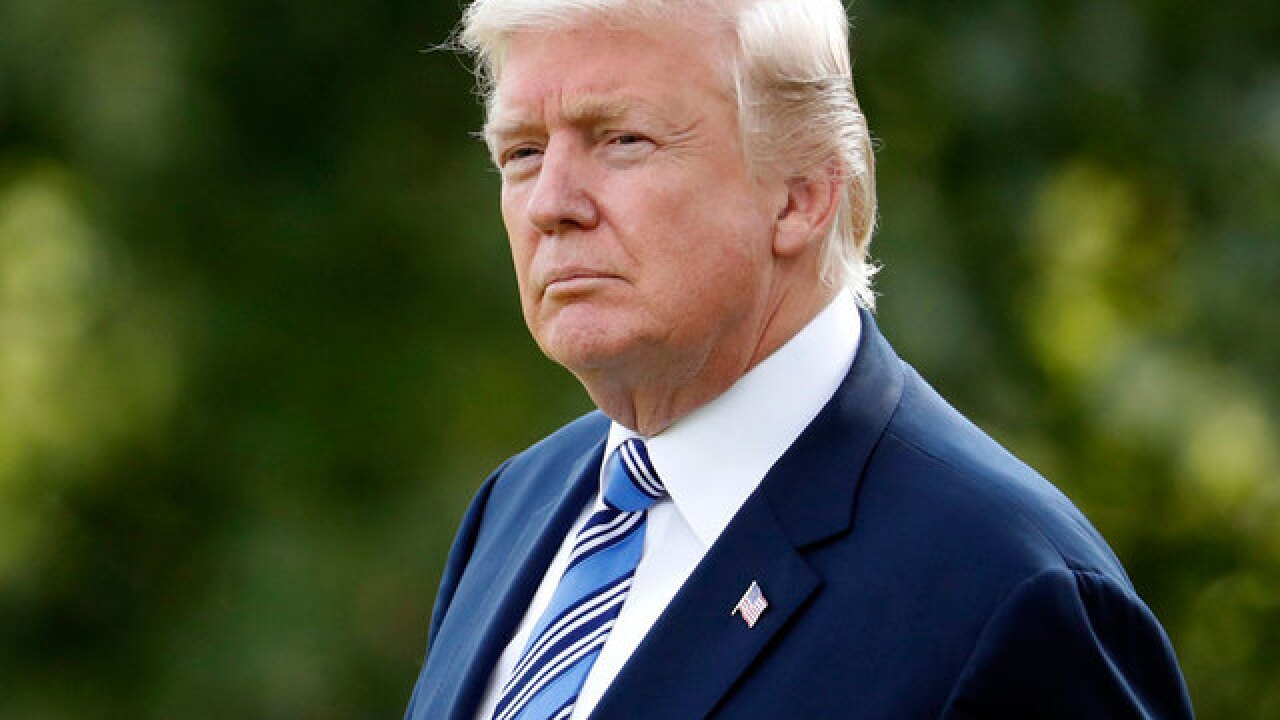 With Trump on Jersey vacation, White House gets a renovation

While he's away, the White House will be receiving an HGTV-style tune up.

Construction to the White House's West Wing will begin this weekend, according to CNN, and will cover structural repair to address a ceiling leak, and HVAC repairs to the South Portico steps on the South Lawn.

Some home improvement while @realDonaldTrump is away: signs of renovations getting started at the White House pic.twitter.com/egSuNCwrOi

Everything in the West Wing is moving into storage while HVAC work is completed -- these walls, usually filled with photos, are totally bare pic.twitter.com/fc3Stxww8z

Renovations on the Navy Mess kitchen, the lower lobby of the West Wing, the IT system and some fresh paint, carpet, and curtains are scheduled for completion before President Trump returns later this month.

The White House confirmed to CNN that structural improvements on the East Wing would also take place.

President Trump was recently quoted in a Sports Illustrated article describing his frequent appearances at golf courses to members and staffers at the Trump National Golf Club in New Jersey, saying "the White House is a real dump." The president and White House have denied this occurred.

I love the White House, one of the most beautiful buildings (homes) I have ever seen. But Fake News said I called it a dump - TOTALLY UNTRUE

With President Trump out of town, the vacation adds to his tally of days out of office during his first year in the White House. CNN reports through August, Trump will have totaled 53 "leisure" days out of office, compared to 15 days during the same time period by his predecessor Barack Obama.

The White House, however, has characterized the trip as a "working vacation."

Pence: Health care battle "ain't over by a long shot"

-- Vice President Mike Pence told a group of Washington students Friday the effort to repeal and replace the Affordable Care Act "ain't over by a long shot."

"My fellow conservatives, let me be clear. This ain't over. This ain't over by a long shot," Pence told students at the Young America's Foundation's annual National Conservative Student Conference, according to CNN. "And President Trump and I are absolutely committed to keep our promise to the American people. We were not elected to save Obamacare -- we were elected to repeal and replace it."

The GOP-backed effort to repeal "Obamacare" failed last month in the Senate.

"Last week it was clear that the Senate wasn't quite ready to keep that promise to the American people when they fell one vote short of moving forward on a bill to repeal and replace this disastrous policy," Pence said.

The resolution introduced Friday could be voted on by UN members as soon as Saturday, CNN reports. A proposed draft of the sanction could ban the export of seafood, coal, lead, lead ore, and iron ore.

Sessions: Press "is not unlimited"

In a brief speech Friday, Sessions said the Justice Department and FBI would be working to develop strategies, including policies surrounding media subpoenas, according to CNN.

"We respect the important role that the press plays and will give them respect, but it is not unlimited," Sessions said. "They cannot place lives at risk with impunity. We must balance their role with protecting our national security and the lives of those who serve in our intelligence community, the armed forces, and all law-abiding Americans."

Sessions did not specify actual terms of prosecutions or actions against journalists.

The Attorney General's remarks come a week after President Trump criticized Sessions over the continued leaks.