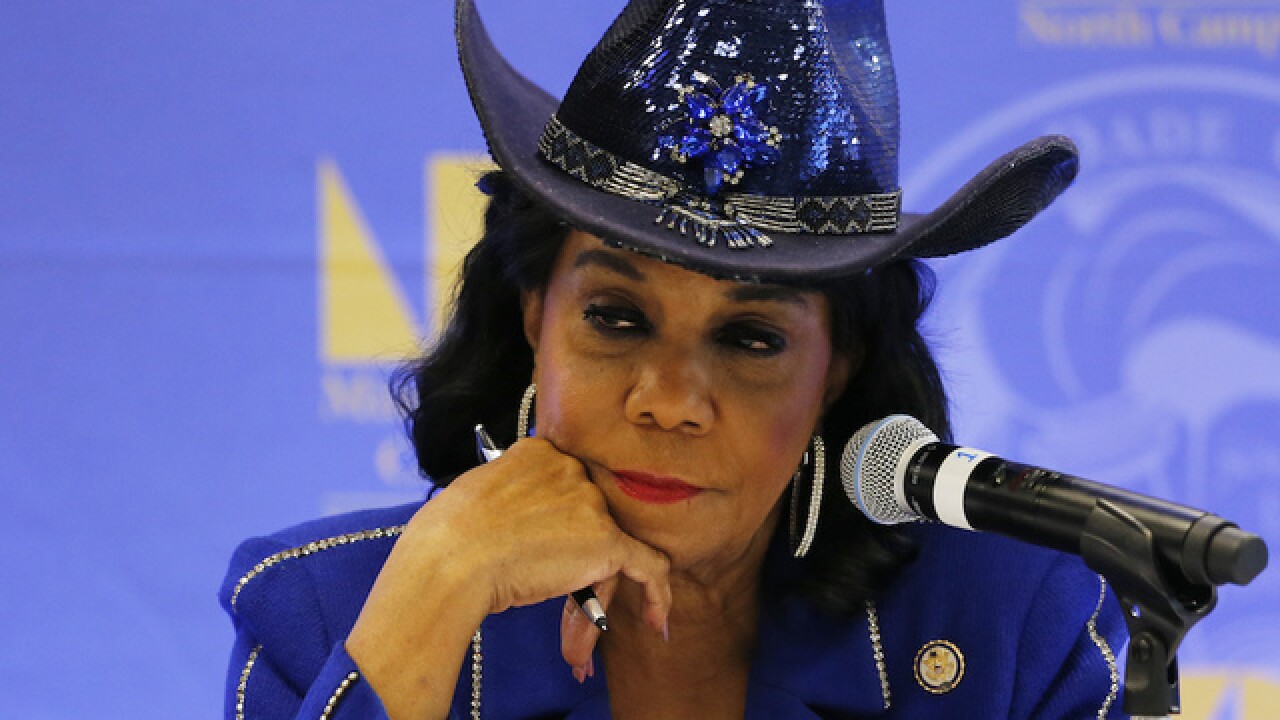 “Wacky Congresswoman Wilson is the gift that keeps on giving for the Republican Party, a disaster for Dems. You watch her in action & vote R!,” the President tweeted.

Wacky Congresswoman Wilson is the gift that keeps on giving for the Republican Party, a disaster for Dems. You watch her in action & vote R!

The tweet refers to Congresswoman Frederica Wilson, a Democrat from Florida. The war of words began Tuesday, when the Congresswoman said Trump told the widow of Sgt. La David T. Johnson that her 25-year-old husband “knew what he signed up for.” Sgt. Johnson was killed during an ambush in Niger, Africa.

Wilson, who was riding in the car at the time of the call, said Trump told Johnson’s widow that Johnson "knew what he signed up for, but I guess it still hurts."

In an interview Friday, Trump said he was surprised to hear Wilson’s account of the call saying it was “a very nice call.”

Since the spat between Trump and Wilson began, no proof of what happened on the call has been provided by either side.

RIYADH, Saudi Arabia (AP) — U.S. Secretary of State Rex Tillerson on Sunday pressed the Trump administration’s case for isolating and containing Iran in the Middle East and beyond as he pushed for Saudi Arabia and Iraq to unite in common cause to counter growing Iranian assertiveness.

He called for the removal of Iranian and Iranian-supported militias from Iraq and urged other countries, particularly in Europe, to halt any business they do with Iran’s Revolutionary Guards.

Speaking after participating in the inaugural meeting of the Saudi Arabia-Iraq Coordination Committee with Saudi King Salman and Iraqi Prime Minister Haider al-Abadi, Tillerson told reporters that an independent and prosperous Iraq would be a foil to Iran’s “malign behavior.”

WASHINGTON (AP) — President Donald Trump intends to spend at least $430,000 of his own money to help pay the legal bills of White House staff and campaign aides related to the investigations into Russian election meddling in the 2016 election, a White House official said Saturday.

It’s the first such commitment by Trump, who has dismissed the ongoing investigations into whether his campaign colluded with Russia as a “witch hunt” invented by Democrats to explain Hillary Clinton’s loss.

It wasn’t immediately clear exactly how the payouts would be structured or which aides would be receiving them. The official spoke on condition of anonymity in order to discuss the president’s plans, which were first reported by the website Axios.

AUSTIN, Texas (AP) — The five living former presidents put aside politics and appeared together for the first time since 2013 at a concert on Saturday to raise money for victims of devastating hurricanes in Texas, Florida, Louisiana, Puerto Rico and the U.S. Virgin Islands.

Texas A&M is home to the presidential library of the elder Bush. At 93, he has a form of Parkinson’s disease and appeared in a wheelchair at the event. His wife, Barbara, and George W. Bush’s wife, Laura, were in the audience.