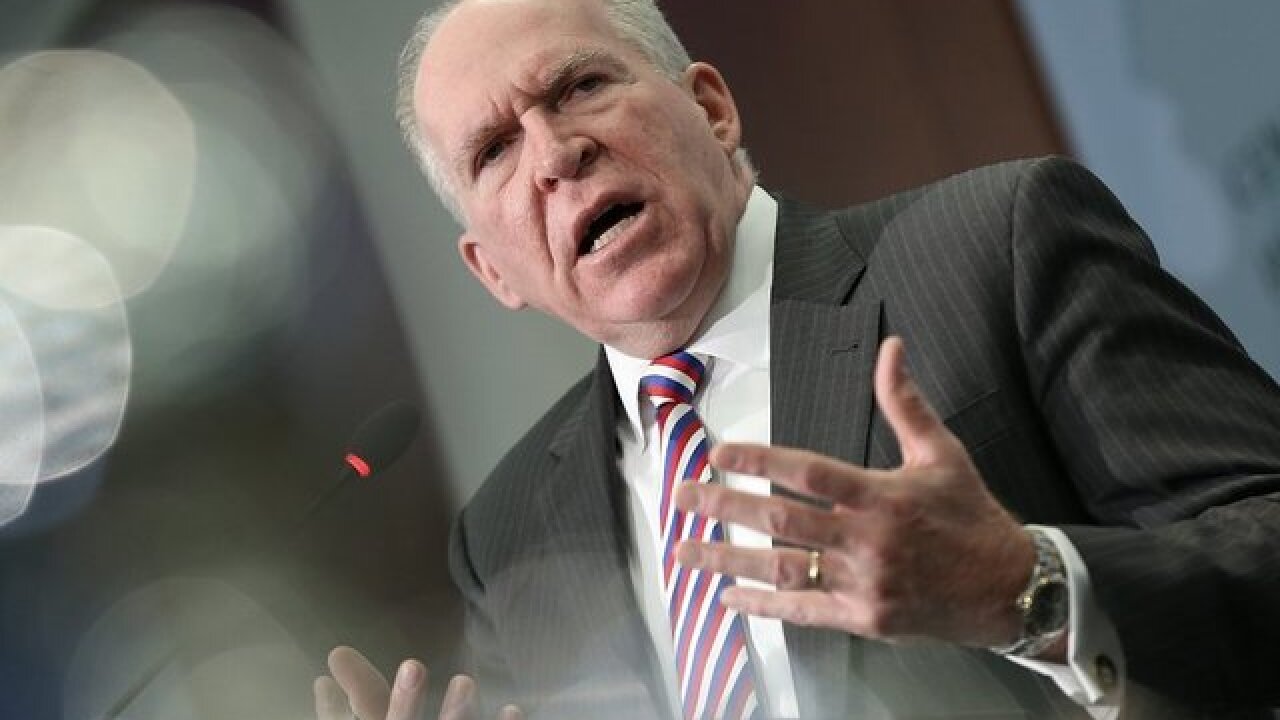 — Former CIA Director John Brennan criticized President Trump Friday, saying he is "drunk on power," days after his security clearance was revoked by the president.

"The fact that he's using a security clearance of a former CIA director as a pawn in his public relations strategy I think is just so reflective of somebody who, quite frankly, I don't want to use this term maybe, but he's drunk on power. He really is, and I think he's abusing the powers of that office," Brennan told MSNBC's Rachel Maddow during an interview.

Trump pulled Brennan's clearance on Wednesday. The former CIA head has been critical of Trump, who has accused Brennan of "lying" and giving "increasingly frenzied commentary" on television.

Trump responded Saturday, calling Brennan a "loudmouth, partisan, political hack who cannot be trusted with the secrets to our country!"

— Jurors will continue their deliberations in the trial of former Trump campaign chairman Paul Manafort.

Manafort is charged with 18 counts of tax evasion, bank fraud, and hiding foreign bank accounts as part of special counsel Robert Mueller's investigation into Russian interference in the 2016 US election.

"I think the whole Manafort trial is very sad. ... I think it's a very sad day for our country," the President said at the White House. "He happens to be a very good person, and I think it's very sad what they've done to Paul Manafort."

— Florida Sen. Bill Nelson stood by claims he believes Russia has "already penetrated" the state's voting systems, as officials await his response to demands for information.

Nelson, a Democratic senator, said last week that Russians "have already penetrated certain counties in the state and they now have free rein to move about."

Nelson said his comments stemmed from his July 2 letter, co-signed by GOP Sen. Marco Rubio of Florida, warning the state's officials to prepare for potential interference.

He said the information in warning of a threat had come from the leaders of the Senate Intelligence Committee, Republican Chairman Richard Burr of North Carolina and ranking Democrat Mark Warner of Virginia.