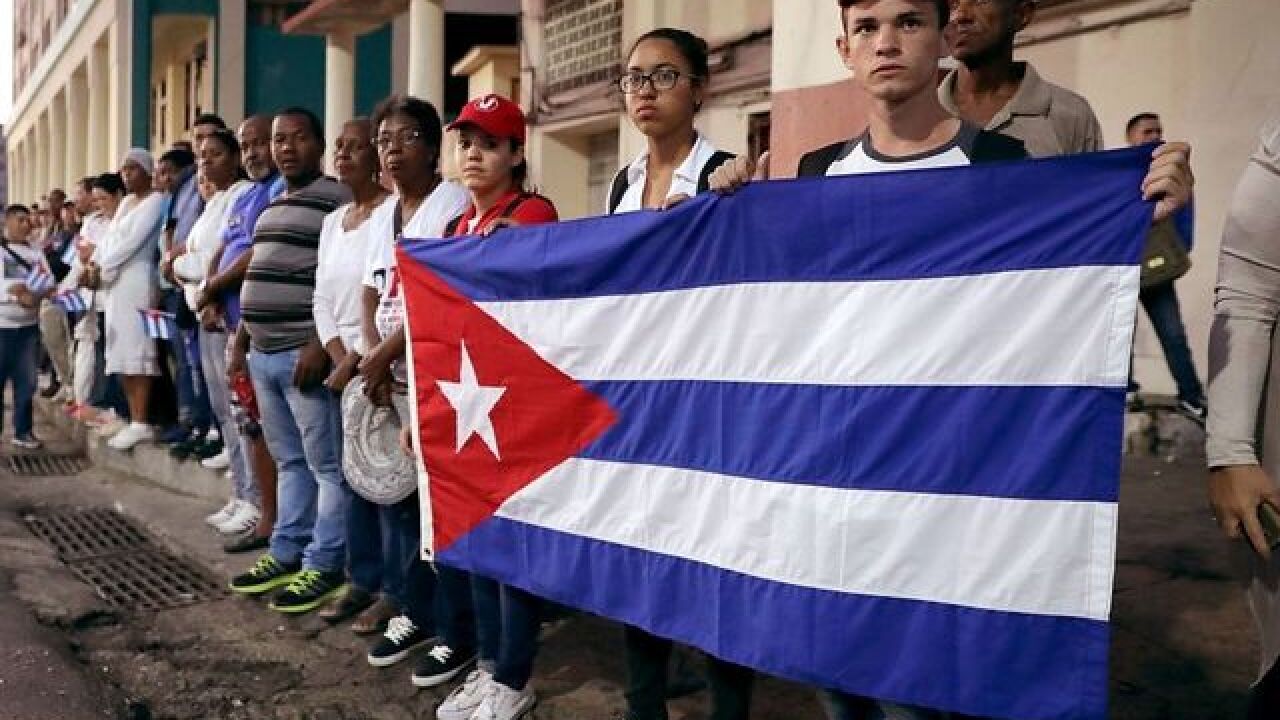 -- In a departure from the recent actions of former President Barack Obama, President Donald Trump is expected to announce a new policy on Cuba in a speech Friday in Miami.

Trump's new policy is expected to roll back the softened policies, denounce unilateral concessions made to Cuba and human rights abuses, and impose sanctions on officials suspected of crimes, according to CNN.

"We are in the midst of a full review of all US policies towards Cuba," White House Press Secretary Sean Spicer said. "The President is committed to an agenda of ensuring human rights for all citizens throughout the world and as we review those policies in Cuba, that will be forefront in those policy discussions."

Biden to Romney: "By the way, you should run for Senate."

-- Former Vice President Joe Biden may not be in the White House mix anymore, but he's hoping a one-time rival will consider jumping back in the ring, so to speak.

One person in the room quoted Biden saying, "By the way, you should run for Senate."

Honored to have @JoeBiden join @MittRomney tonight at #E2Summit17, crossing the aisle to talk about toughest problems facing our country. pic.twitter.com/8L2OKsoCy6

Romney hasn't strayed too far from the political field since the 2012 presidential election. He was almost tapped as President Trump's Secretary of State before the administration went with Rex Tillerson for the position. It's also been rumored Romney may consider a run for the Senate in Utah.

-- Senior White House aide Dan Scavino received a warning from the U.S. Office of Special Counsel following an April tweet calling for the ouster of a Michigan congressman.

Scavino was found to be in violation of The Hatch Act in his tweet calling for the primary defeat of Republican Rep. Justin Amash.

.@realDonaldTrump is bringing auto plants & jobs back to Michigan. @justinamash is a big liability.#TrumpTrain, defeat him in primary.

The Hatch Act prohibits executive branch employees, barring the President, Vice-President and other high-level officials, from engaging in political activity.

In a letter, the Office of Special Counsel said, "if in the future he engages in prohibited political activity while employed in a position covered by the Hatch Act, we will consider such activity to be a willful and knowing violation of the law."

-- President Trump Friday said the United States was committed to a key NATO principle, following months of scolding NATO leaders over their contributions.

"I am committing the United States to Article 5," Trump said Friday. The article refers to the NATO's principle that an attack on one NATO nation is an attack on them all. "And certainly we are there to protect.

"Yes, absolutely I would be committed to Article 5," he said.

President Trump made multiple comments on NATO during his campaign, calling the alliance "obsolete."