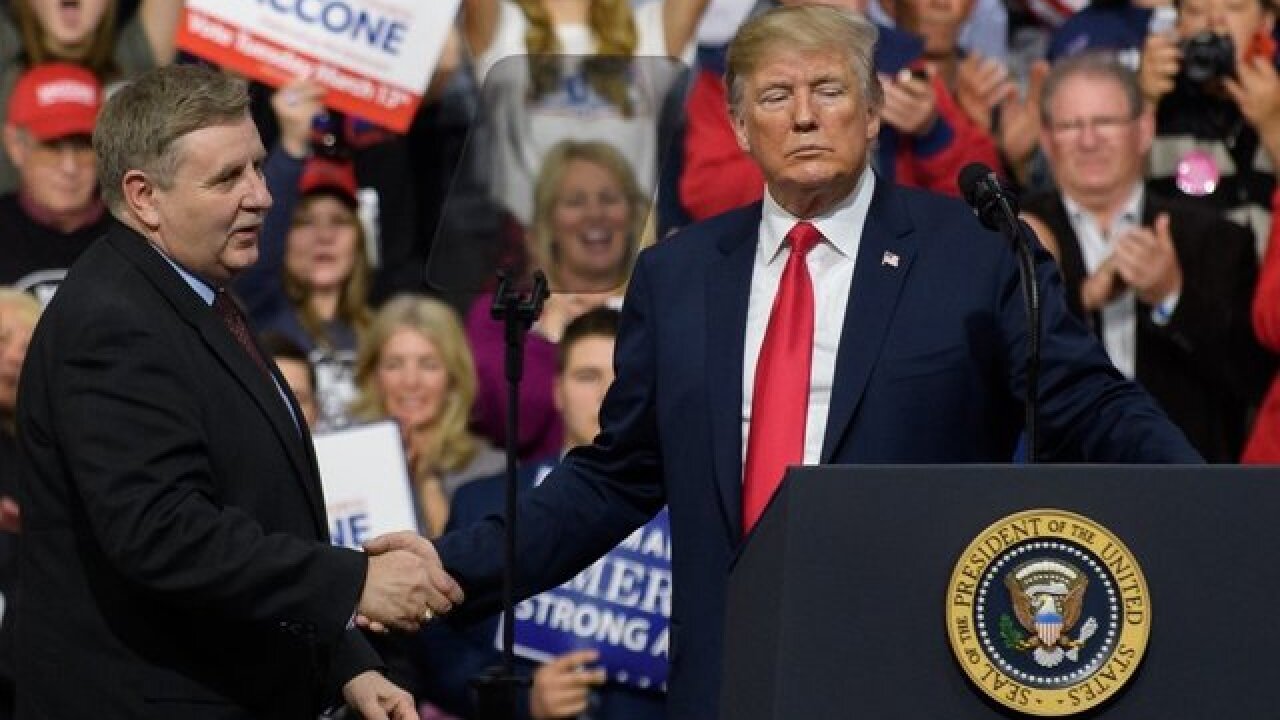 Here are today's headlines in the political world, Sunday, March 11, 2018.

-- President Donald Trump tweeted attacks Sunday aimed at the New York Times over reports the president is unhappy with his legal team.

"The Failing New York Times purposely wrote a false story stating that I am unhappy with my legal team on the Russia case and am going to add another lawyer to help out. Wrong. I am very happy with my lawyers, John Dowd, Ty Cobb and Jay Sekulow," President Trump tweeted. "They are doing a great job and have shown conclusively that there was no collusion with Russia."

Trump added "the only Collusion was that done by the DNC, the Democrats and Crooked Hillary. The writer of the story, Maggie Haberman, a Hillary flunky, knows nothing about me and is not given access."

Haberman's article claims the president is looking to shake up his legal team and is in talks with Emmet T. Flood, a lawyer who represented Bill Clinton during his impeachment process.

The president told Pennsylvania voters to "elect people that are going to back our agenda and fight for our values."

-- Food stamp officials are reportedly worried about a proposal to replace the country's food stamp system with pre-assembled packages of food.

"This will wreak havoc on the states," Pankaj Bhanot, director of Hawaii's Department of Human Services, told ABC News.

Bhanot's comments echo the sentiments by other food stamp officials around the country who also spoke to ABC News.

The Trump Administration introduced the proposal in the president's 2019 budget. The plan was pitched as a way to cut costs and improve efficiency.

Tom Hedderman, director of food and nutrition policy at the New York State Office of Temporary and Disability Assistance, criticized the proposal for a lack of detail and direction.

"It's clear in the proposal that they would dump the problem of logistics and cost back on to the states," Hedderman said.