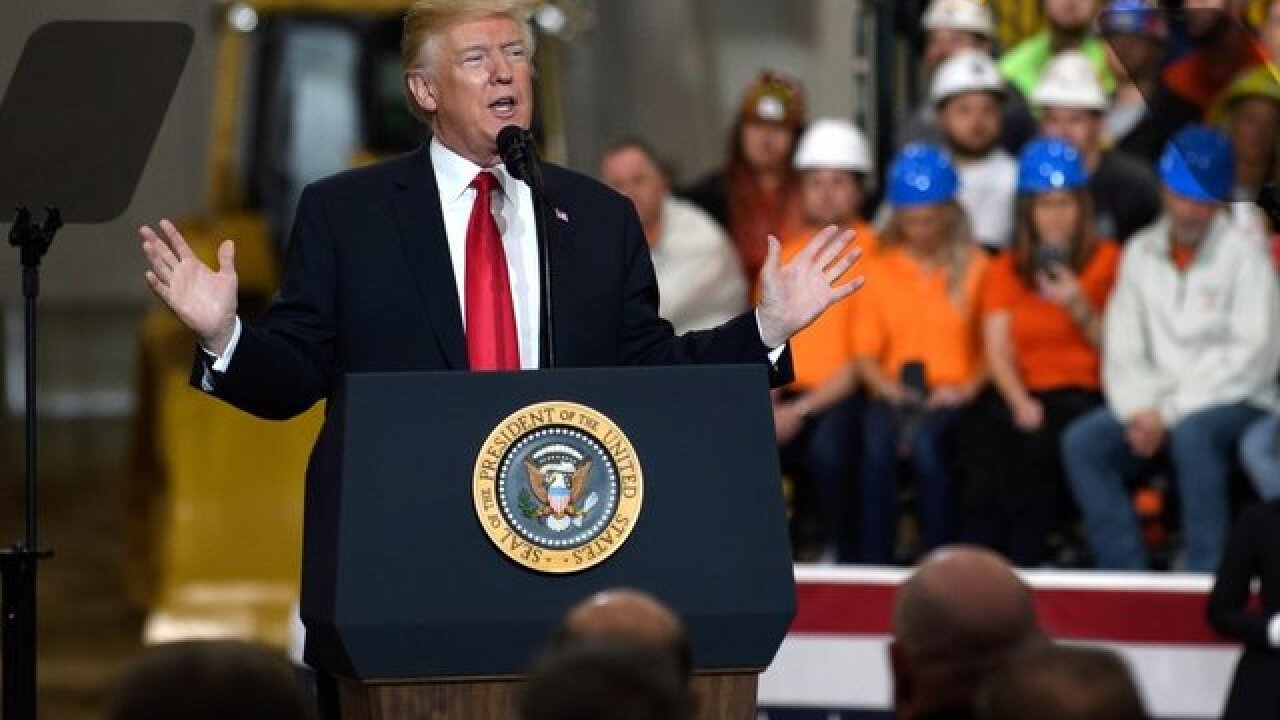 Here's what's happening in the political world on Saturday, March 31, 2018:

"While we are on the subject, it is reported that the U.S. Post Office will lose $1.50 on average for each package it delivers for Amazon. That amounts to Billions of Dollars. The Failing N.Y. Times reports that 'the size of the company’s lobbying staff has ballooned,' and that ... does not include the Fake Washington Post, which is used as a 'lobbyist' and should so REGISTER. If the P.O. 'increased its parcel rates, Amazon’s shipping costs would rise by $2.6 Billion.' This Post Office scam must stop. Amazon must pay real costs (and taxes) now!"

The New York Times reported this week the USPS made $19.5 billion from shipping and packages in fiscal year 2017, a 13 percent increase from 2016. The president is no stranger to attacking Amazon or its founder Jeff Bezos, who also owns the Washington Post.

Minutes later, the president took aim at Gov. Brown, bringing back his nickname "Moonbeam" and continuing his attacks on California's sanctuary state laws.

"Governor Jerry “Moonbeam” Brown pardoned 5 criminal illegal aliens whose crimes include (1) Kidnapping and Robbery (2) Badly beating wife and threatening a crime with intent to terrorize (3) Dealing drugs. Is this really what the great people of California want?"

"Moonbeam" was a moniker attributed to the governor during his time leading California from 1975 to 1983, according to the New York Times. The nickname was meant to reflect "young, idealistic and nontraditional" ideas capturing voters.

-- The White House office tasked with vetting political appointees is reportedly understaffed, inexperienced, and has led to questionable employment decisions, according to the Washington Post.

The Office of Presidential Personnel, which recruits candidates for the executive branch and oversees presidential appointments, has also become a social hub, the Post reported, citing current and former officials.

"Icing involves hiding a bottle of Smirnoff Ice, a flavored malt liquor, and demanding that the person who discovers it, in this case the deputy director, guzzle it," WaPo reported.

-- A federal judge ruled against the Trump Administration's policy on undocumented, pregnant teenagers being held in detention.

Lawyers for the administration have argued the government does not have to allow access to abortion to the teenagers. The judge granted a preliminary injunction and ruled the teens could also ban together as a class in the case.

"The Trump administration's cruel policy of blocking young immigrant women in federal custody from accessing abortion is a blatant abuse of power," Brigitte Amiri, the deputy director of ACLU's Reproductive Freedom Project said in a statement.