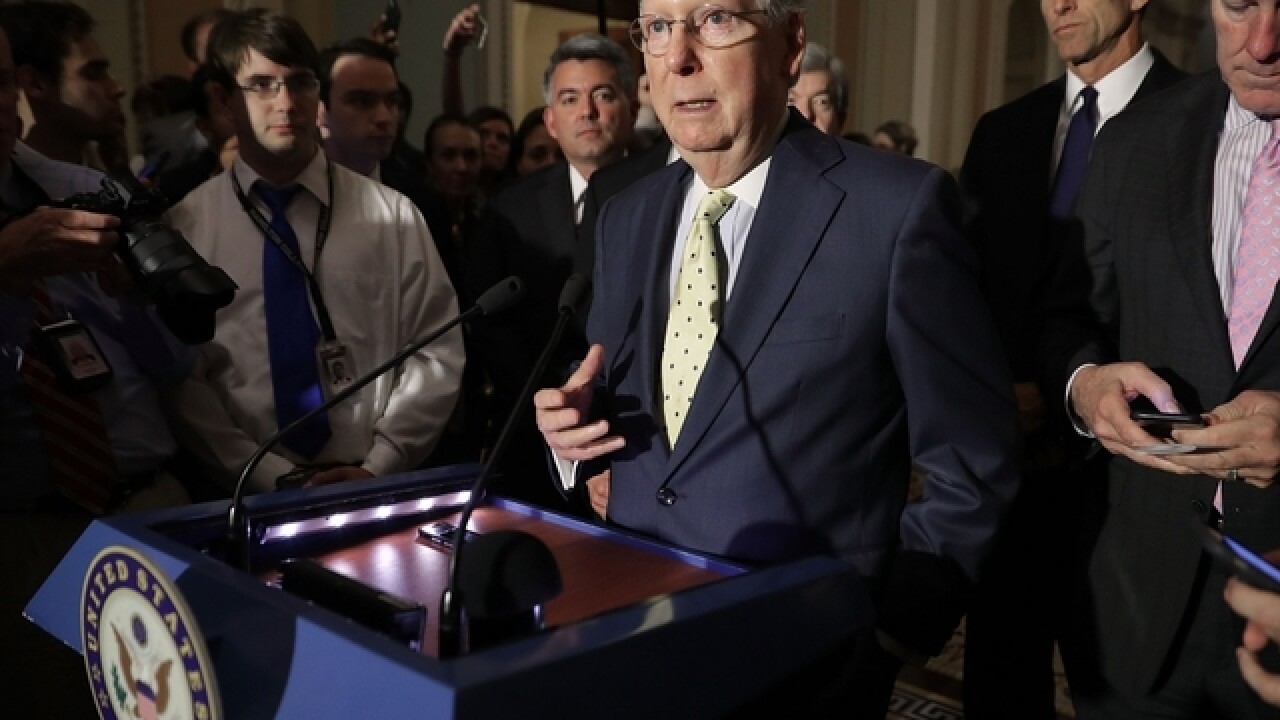 Here's what's going on in the world of politics Saturday.

Democratic - and some Republican - lawmakers in the Senate have lambasted the GOP health care bill, in many cases saying they would not support the bill in its current form.

-- The Washington Post reports that one Obama Administration official feels the team "sort of choked" when it came to dealing with Russian President Vladimir Putin's efforts to influence the U.S. presidential election.

"It is the hardest thing about my entire time in government to defend," the former senior Obama administration official told the Post. "I feel like we sort of choked."

The Post also details the CIA assessment of Putin and plans to punish the country's effort, including document releases and cyber attacks on government infrastructure.

President Trump tweeted Friday that the Obama White House "knew far in advance of November 8th about election meddling by Russia. Did nothing about it. WHY?"

Just out: The Obama Administration knew far in advance of November 8th about election meddling by Russia. Did nothing about it. WHY?

-- President Trump said "we're going to have to see" when asked about the future of Special Counsel Robert Mueller, who is reportedly investigating whether the president obstructed justice.

Trump accused Mueller of hiring "all Hillary Clinton supporters" to staff the investigation. At least three members of Mueller's legal team have a record of political donations to Democrats, CNN reported.

"Well, he is very very good friends with (former FBI Director James) Comey, which is very bothersome," the President said in a Fox News clip that aired Thursday. "We're going to have to see."

-- In light of the White House's recent actions to curtail live video or audio of White House press briefings, CNN sent a sketch artist in to capture the scene.

So sketchy to not have cameras at WH briefing. So CNN sent sketch artist to capture the moment. pic.twitter.com/tNAoDHkozj

"Some days we'll do it" on camera, Spicer said Friday. "I think it's great for us to come out here and have a substantive discussion about policies. I don't think that the be all and end all is whether it's on television or not."

-- The White House has issued a response regarding speculation into whether former FBI director James Comey taped conversations he had with President Trump.

"In response to the Committee's inquiry, we refer you to President Trump's June 22, 2017, statement regarding this matter: 'With all of the recently reported electronic surveillance, intercepts, unmasking and illegal leaking of information, I have no idea whether there are 'tapes' or recordings of my conversations with James Comey, but I did not make, and do not have, any such recordings,'" White House legislative affairs director Marc Short wrote in the letter to leaders of the House and Senate Russia investigations.

Speculation surfaced on the issue when the president tweeted in May, "James Comey better hope that there are no 'tapes' of our conversations before he starts leaking to the press!"

James Comey better hope that there are no "tapes" of our conversations before he starts leaking to the press!