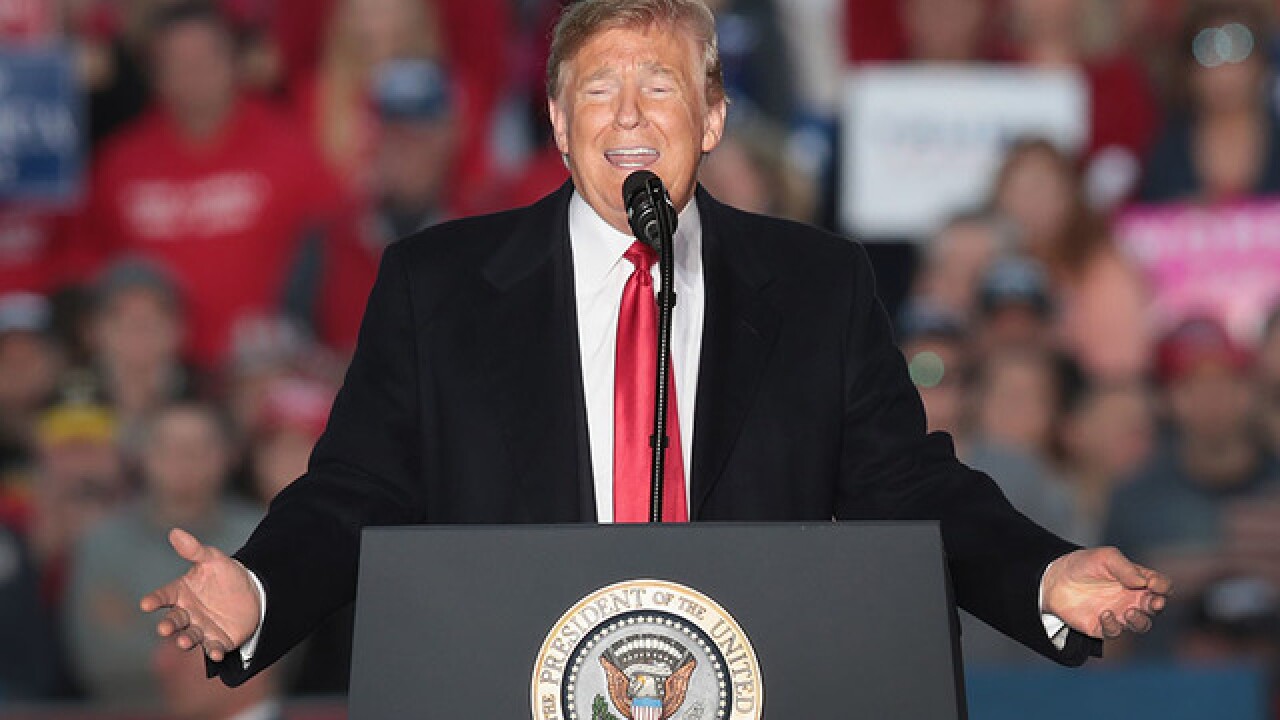 Trump continues attack on “Fake News Media”
-- President Trump said the “great anger” around the U.S. should be blamed on “inaccurate, and even fraudulent, reporting of the news,” and he again referred to the media as the “true Enemy of the People.”

In a series of tweets, Trump said he believed the media is blaming him and Republicans/conservatives for the “division and hatred” across the country.

“The Fake News is doing everything in their power to blame Republicans, Conservatives and me for the division and hatred that has been going on for so long in our Country. Actually, it is their Fake & Dishonest reporting which is causing problems far greater than they understand!” the president tweeted.

He later added, “There is great anger in our Country caused in part by inaccurate, and even fraudulent, reporting of the news. The Fake News Media, the true Enemy of the People, must stop the open & obvious hostility & report the news accurately & fairly. That will do much to put out the flame of Anger and Outrage and we will then be able to bring all sides together in Peace and Harmony. Fake News Must End!”

Trump’s comments on the media come during a week that saw a mass shooting at a Pittsburgh synagogue and a series of explosive packages sent to numerous political figures.

Trump: Synagogue should’ve had armed guards
-- President Trump said the outcome of the deadly shooting at a Pittsburgh synagogue would have been different had an armed guard been in place.

"If there was an armed guard inside the temple, they would have been able to stop him," he said to reporters before boarding a flight to a Saturday rally.

There are multiple fatalities in the shooting, and at least six people are injured, including four police officers, Pittsburgh Public Safety Director Wendell Hissrich said.

Trump also said the nation should strengthen its laws surrounding the death penalty.

When asked if the shooting indicated a need to revisit gun laws, Trump replied that the shooting "has little to do with it" and that an armed guard might have been able to stop the gunman "immediately."