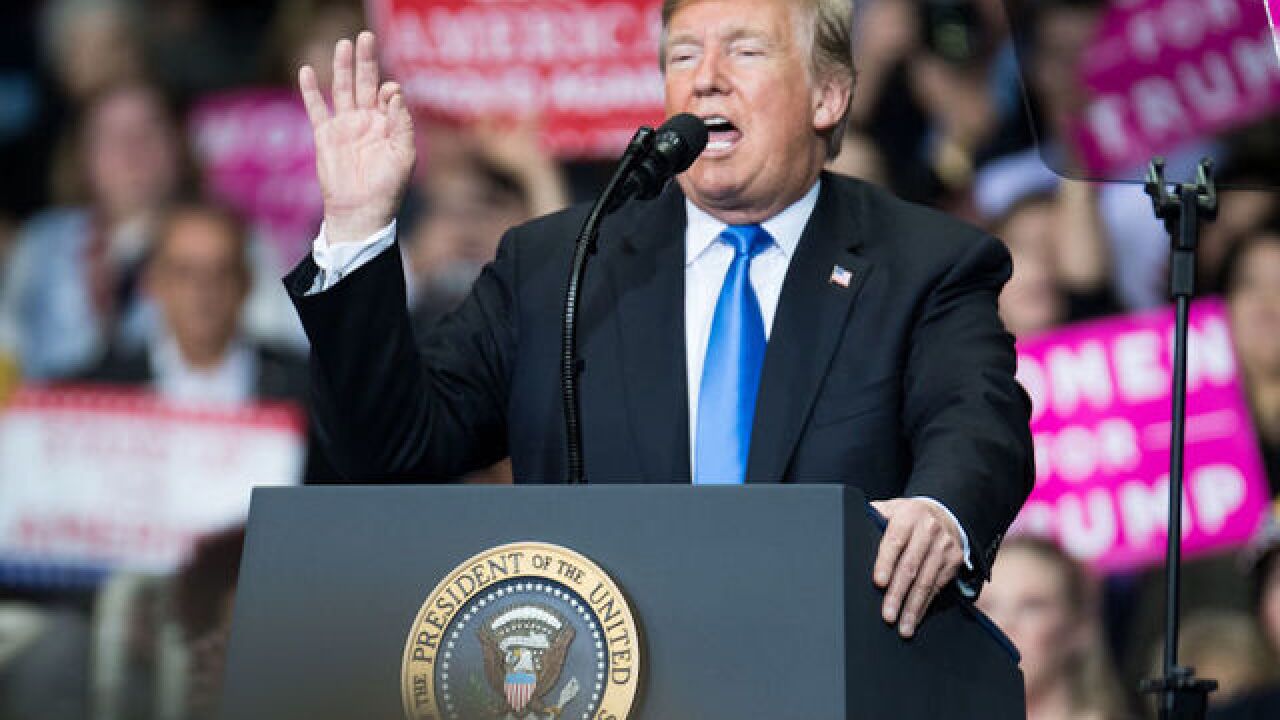 President Donald Trump said the outcome of the deadly shooting at a Pittsburgh synagogue would have been different had an armed guard been in place.

"If there was an armed guard inside the temple, they would have been able to stop him," he said to reporters before boarding a flight to a Saturday rally.

There are multiple fatalities in the shooting, and at least six people are injured, including four police officers, Pittsburgh Public Safety Director Wendell Hissrich said.

Trump also said the nation should strengthen its laws surrounding the death penalty.

When asked if the shooting indicated a need to revisit gun laws, Trump replied that the shooting "has little to do with it" and that an armed guard might have been able to stop the gunman "immediately."

Asked if he was advocating for armed guards inside if places of worship, Trump replied, "no, it's certainly an option."

Michael Eisenberg, the immediate past president of Tree of Life Congregation Synagogue, told CNN affiliate WPXI that on the high holidays, there is a police presence. But not on this Saturday.

"On a day like today, the door is open," he said. "It's a religious service, you could walk in and out."

Trump praised law enforcement officials for doing "an incredible job" and said he had spoken with Pennsylvania Gov. Tom Wolf and Pittsburgh Mayor Bill Peduto. He added that he would give a complete statement during his remarks to the Future Farmers of America in Indianapolis later this afternoon.