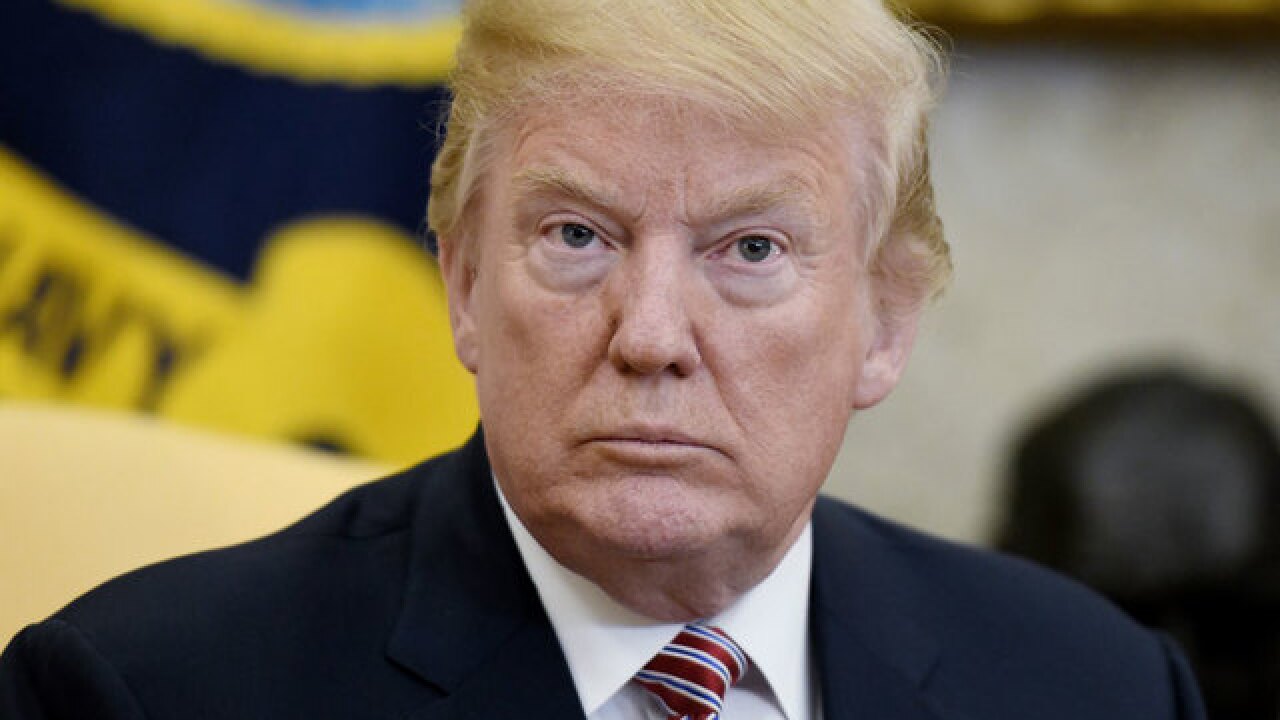 Copyright Getty Images
Olivier Douliery/Pool
President Donald Trump speaks during a meeting with Don Bouvet, who has been battling cancer in the Oval Office of the White House, February 9, 2018 in Washington, DC.

Trump unveils budget plan
-- President Trump released his budget plan for 2019, and it includes his much-discussed infrastructure plan and proposal for funding for a border wall.

The $4.4 trillion budget plan does not include the bill passed by Congress last week that ended the federal government shutdown.

Trump's plan includes:
-- Over $20 billion aimed at border security, including the building of the border wall
-- Increased military spending
-- $85.5 billion for care and other programs for military veterans
-- $17 billion to battle the ongoing opioid crisis
-- Cuts to assistance programs such as Medicaid and Medicare

The president has stated the importance of revamping American highways, bridges, airports and waterways, and he wants Congress to figure out the details.

-- Speed up the permit process
-- Fund rural projects
-- Create jobs
-- Generate at least $1.5 trillion to pay for the project

Federal accounts would pay $200 billion, with the remainder of the funding coming from state and local governments.

This will be a big week for Infrastructure. After so stupidly spending $7 trillion in the Middle East, it is now time to start investing in OUR Country!

The president was scheduled Monday to meet with the governors from eight states and mayors from several major U.S. cities to discuss his infrastructure plan.

Immigration debate set to begin on Capitol Hill
-- On Monday, several U.S. senators are expected to begin an open-ended debate on how to reform the nation's immigration system.

On Sunday night, a group of Republicans proposed a bill based on President Trump's proposals and backed by the president himself.

The proposed bill includes a path to citizenship for "Dreamers" and would put $25 billion into a "border trust fund."

The primary senator backing the bill said the proposal is the only one from the Senate that has any chance of passing the House and being signed into law.

However, some other senators believe it is unlikely the proposal will make it through the Senate and doubt it will get enough votes to break a filibuster.

Justice Ginsburg says "#MeToo" will have staying power
-- During an interview with CNN, Supreme Court Justice Ruth Bader Ginsburg said she believes the ongoing "#MeToo" movement will have "staying power" and that she doesn't worry about a serious backlash.

"It's too widespread," Ginsburg said in an interview with CNN's Poppy Harlow at Columbia University Sunday. "It's amazing," she added, "that for the first time, women are really listened to because sexual harassment had often been dismissed as 'well, she made it up.'"

When Harlow pressed whether Congress was acting quickly enough, Ginsburg paused. "This Congress is not ... I mean it's been very hard even to keep the government going lately," she said to laughter.

"My hope is that Congress will think about people -- where the United States population now is, and I am putting my faith in the millennials," Ginsburg added.