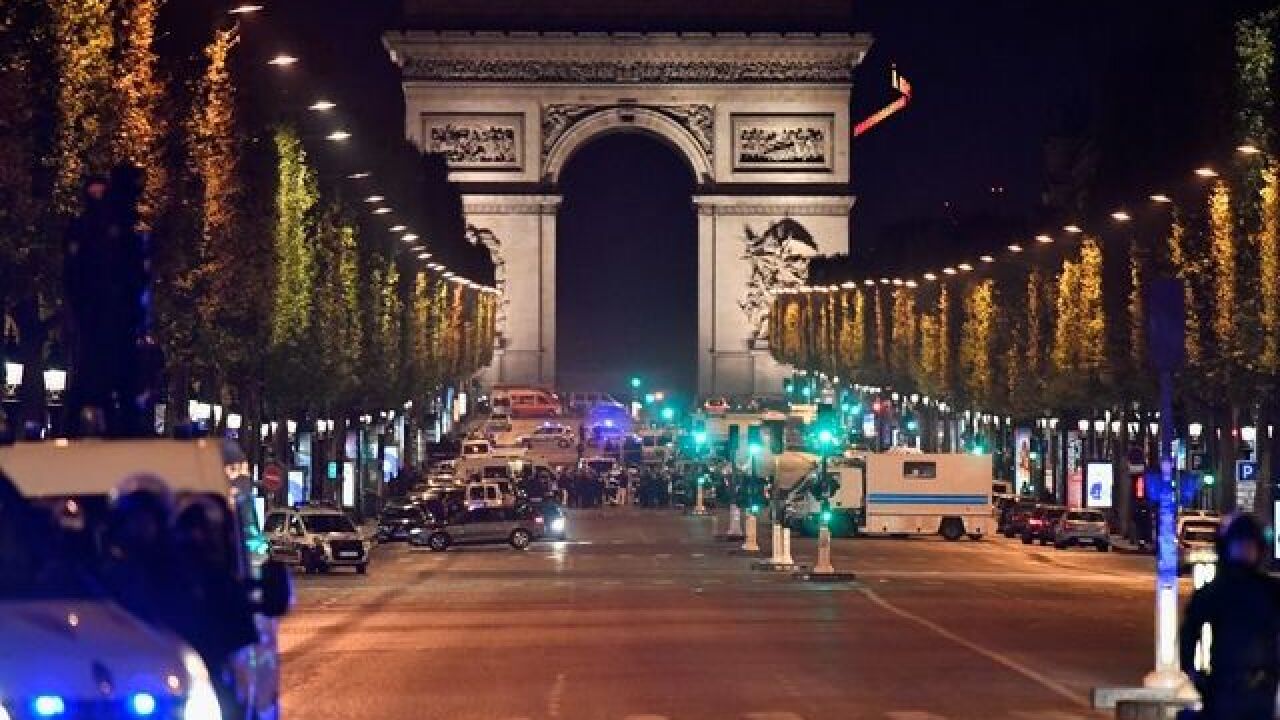 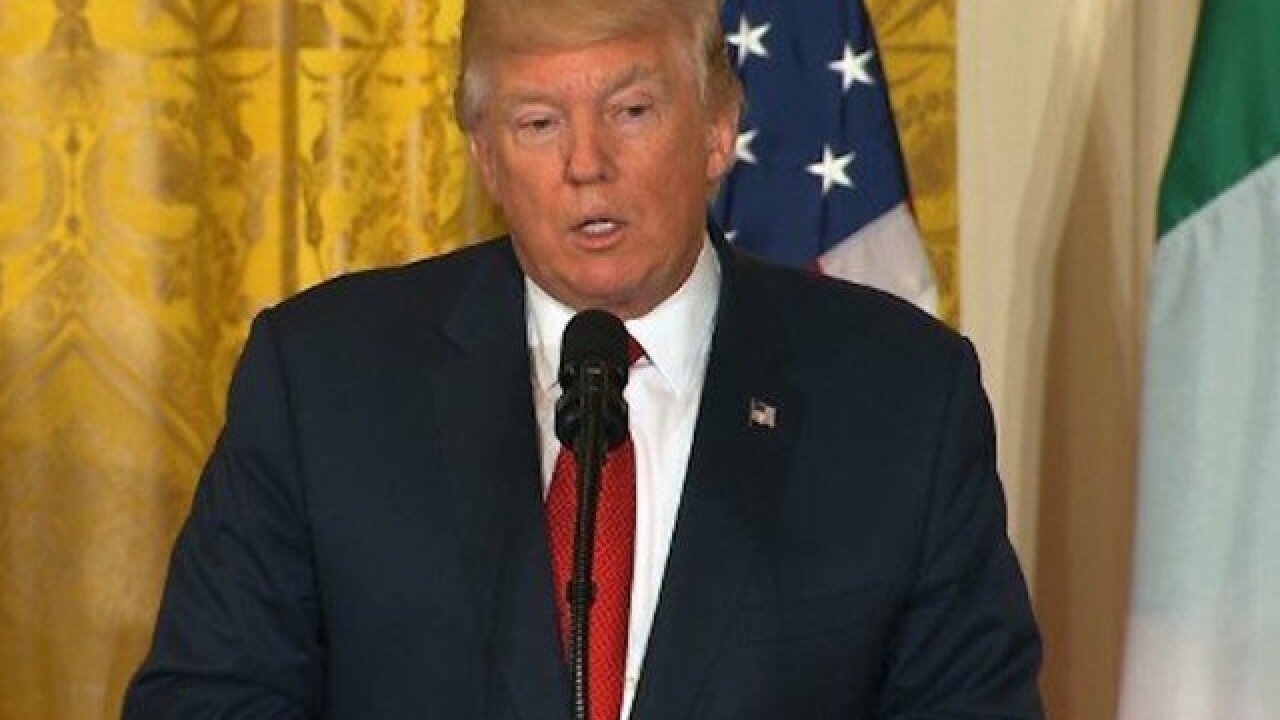 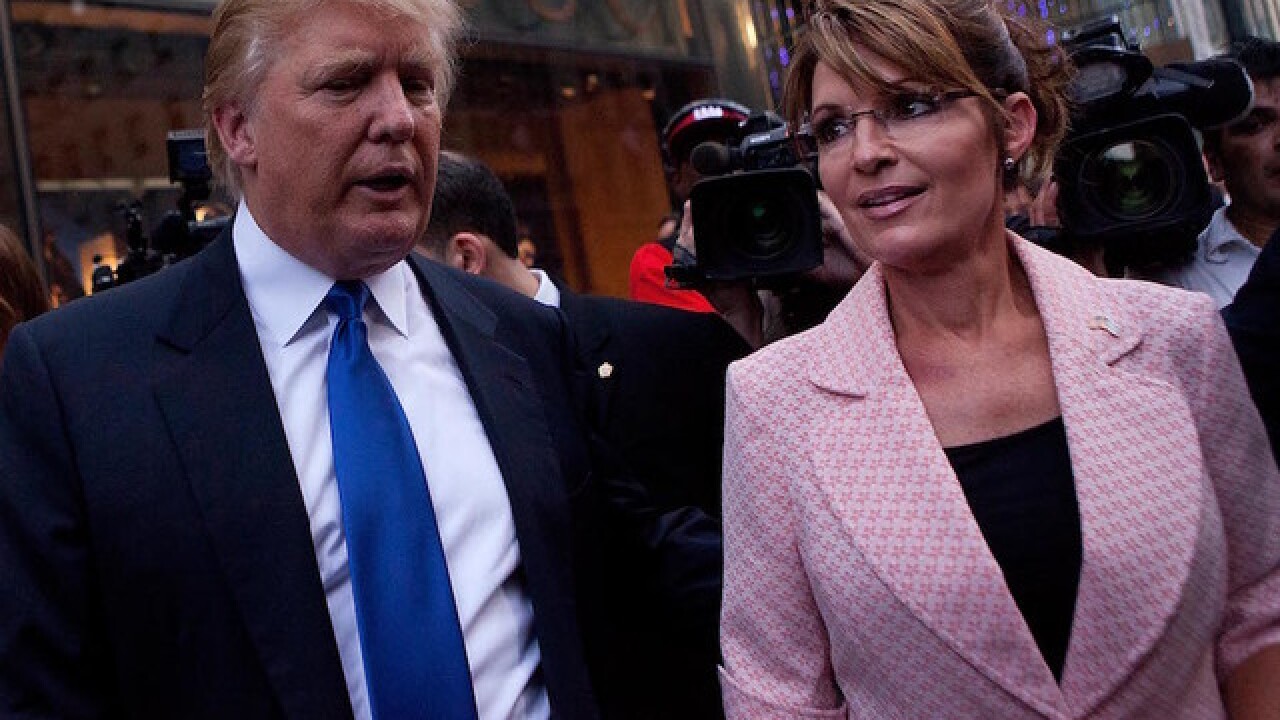 Here's what's happening in the world of politics today:

-- President Donald Trump said Thursday's terror attack in Paris reminded the world that "we have to be vigilant," after a gunman shot and killed a police officer and wounded another at the Champs-Elysees.

"Our condolences from our country to the people of France," Trump said at a news conference alongside Italian Prime Minister Paolo Gentiloni. He continued, "We have to be strong and we have to be vigilant, and I've been saying it for a long time."

Friday, the president tweeted that the attack will have an effect on the country's upcoming presidential election:

Another terrorist attack in Paris. The people of France will not take much more of this. Will have a big effect on presidential election!

ISIS has since claimed credit for the shooting.

Official: Russian planes near Alaska are "nothing out of the ordinary"

-- The sighting of Russian bombers near the coast of Alaska is nothing new and shouldn't draw worry, a U.S. official told CNN.

Monday, US F-22 fighter jets intercepted two Russian bombers 100 miles from Kodiak Island, Alaska, in international airspace. The incident was "safe and professional," according to one official.

Less than 24 hours later, two more planes were spotted near the state.

The Russian aircraft did not enter US airspace in either instance.

The pair, along with Wisconsin Sen. Ron Johnson, will observe immigration detention operations while in San Diego and are also scheduled to hold a news conference.

San Diego is set to host construction of prototypes for the wall, as the U.S. Customs and Border Protection mulls bids submitted for its design.

-- President Trump Friday tweeted criticism that no matter what he accomplishes, the media will discredit him during his first 100 days in office.

No matter how much I accomplish during the ridiculous standard of the first 100 days, & it has been a lot (including S.C.), media will kill!

Thus far, President Trump has signed 28 bills into law, 24 executive orders, 22 presidential memorandums, and 20 proclamations, according to The Washington Post.

Many of the headlines surrounding the president's actions have focused on the failure to repeal and replace the Affordable Health Care Act, or "Obamacare," and his plans to construct a wall along the U.S./Mexico border.

Friday is the president's 91st day in office.

-- The Justice Department is preparing charges for the arrest of WikiLeaks founder Julian Assange, an official close to the matter told CNN.

Prosecutors have reportedly struggled in the past with whether the First Amendment protects Assange from charges relating to leaking sensitive information dating back years.

The department now believes they have found a way to bring charges against him.

So, Sarah Palin, Ted Nugent, and Kid Rock are having dinner at the White House...

But it's a picture of the three together that's making waves, not so much the visit itself.

The photo in question shows Palin, Nugent, and Kid Rock posing in front of a portrait of Hillary Clinton, which is in the White House's basement along with paintings of other first ladies.

The White House provided no context for the visit, according to CNN. Palin has reportedly received backlash for the photo.

Among the topics of discussion, the two talked about their country's roles with NATO - however, they were not on the same page.

PM Gentiloni said, "We need a stable and unified Libya. A divided country would make stability worse. The U.S. role in this is very critical."

Trump responded saying, "I do not see a role in Libya. I think the United States right now has enough roles."

-- The New York Times issued an apology for a tweet comparing the turnout of the New England Patriots at the White House when former President Barack Obama was in office to now.

The Patriots visited with President Trump Thursday to celebrate their Super Bowl LI victory. But following the Times' tweet, the team pointed out that many of those on the stage in the previous year were seated beyond where the photo was taken this year.

President Trump, who has been publicly critical of the paper, didn't shy away from offering his thoughts on the "big lie."

Failing @nytimes, which has been calling me wrong for two years, just got caught in a big lie concerning New England Patriots visit to W.H.