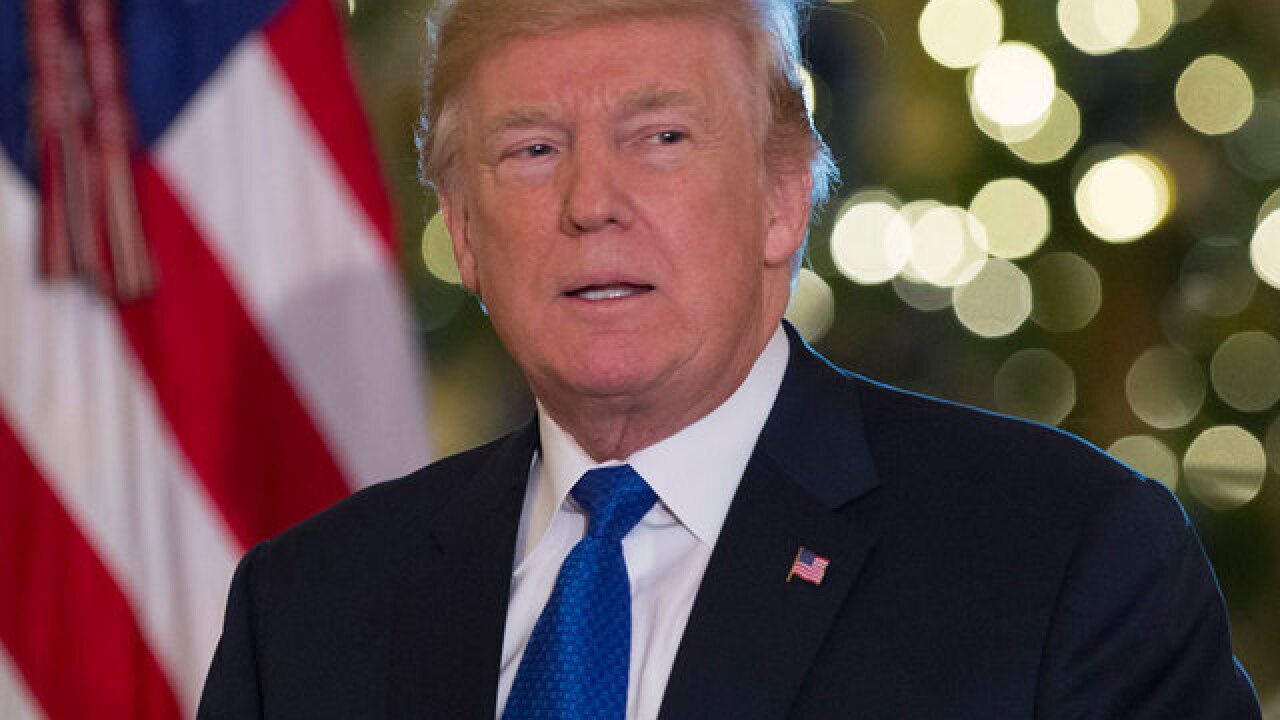 Trump said, "If Congress sends me a bill before Christmas, the IRS has just confirmed Americans will see lower taxes and bigger paychecks beginning in February."

On Wednesday, House and Senate Republicans tentatively agreed on a tax deal that could lead to a final vote in the next week.

The plan calls for a drop in the corporate tax rate from 35 percent to 21 percent; a cap on the mortgage interest deduction at $750,000; a repeal of the Obamacare individual mandate that requires all Americans to have insurance; and the lowering of the top individual tax rate from 39 percent to 37 percent.

Democrats want to wait to vote on the plan until new Alabama Sen. Doug Jones is sworn in.

Manigault Newman, who was once a contestant on the Donald Trump-hosted reality show "The Apprentice," told ABC News Thursday that she resigned from her job after a conversation with Kelly in the Situation Room and did not confront him during a White House Christmas Party or try to get into the White House residence to ask Trump about her dismissal.

White Houses officials said Manigault Newman would leave her communications role on January 20, 2018 -- one year to the day after Trump took office.

After her resignation was announced, Trump tweeted: "Thank you Omarosa for your service! I wish you continued success."

Trump's morning tweet(s)
-- The president offered a brief comment on the tax bill that was tentatively agreed upon by House and Senate Republicans Wednesday:

Republican Tax Cuts are looking very good. All are working hard. In the meantime, the Stock Market hit another record high!

The Trump administration has been embroiled for months in investigations into potential collusion between Russian operatives and Trump associates during the 2016 US presidential campaign and transition -- a claim Trump fiercely denies.

Asked for his assessment of Trump's first year in office during his annual end-of-year press conference in Moscow, Putin said that "objectively we can see a number of fairly serious achievements over the short period he's been working."

According to the Mayo Clinic, 12 cans of Diet Cola a day is two cans above what their researchers say is a "safe amount" of daily caffeine for adults. Too much caffeine can lead to insomnia, nervousness, irritability and even an abnormal heart rhythm.