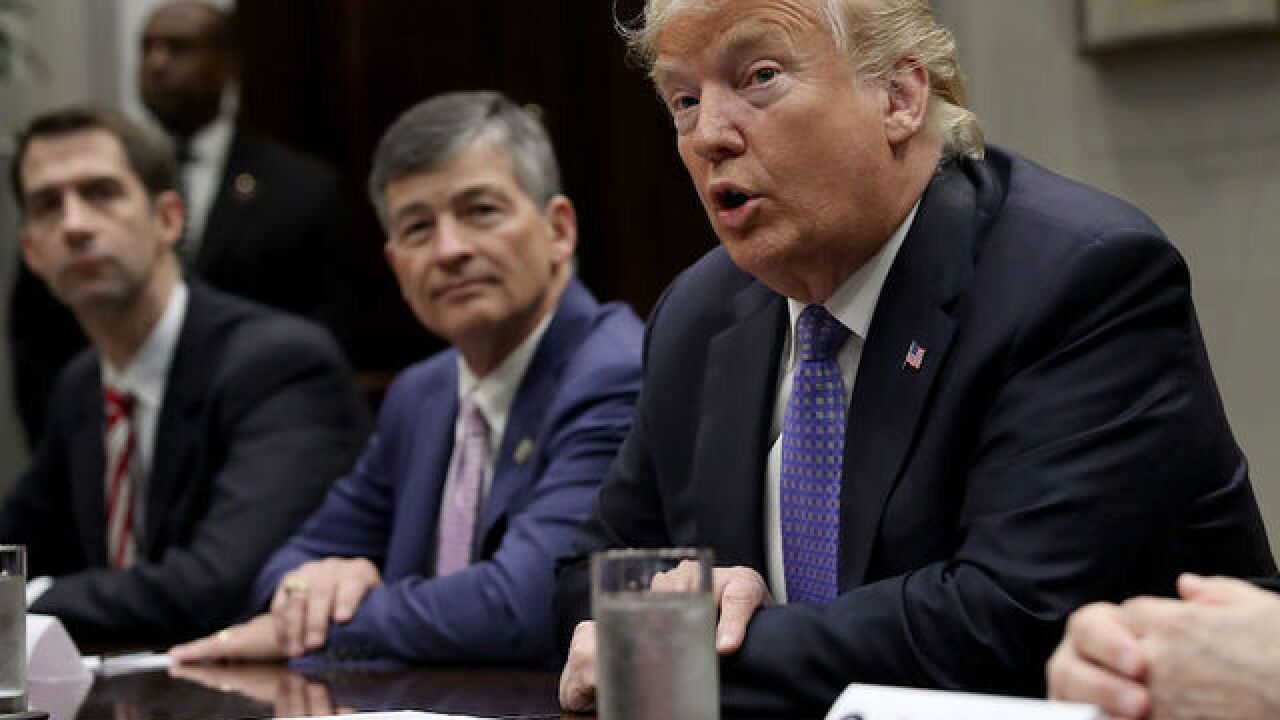 Image copyright 2018 Getty Images. All rights reserved. This material may not be published, broadcast, rewritten, or redistributed.
Win McNamee
<p>President Donald Trump speaks while meeting with members of Congress and administration officials to discuss the Foreign Investment Risk Review Modernization Act in the Roosevelt Room at the White House August 23, 2018 in Washington, DC. </p>

Trump fires back at Sessions

"Jeff Sessions said he wouldn't allow politics to influence him only because he doesn't understand what is happening underneath his command position," Trump tweeted. "Highly conflicted Bob Mueller and his gang of 17 Angry Dems are having a field day as real corruption goes untouched. No Collusion!"

After previous criticisms this week by the president, Sessions said, "While I am Attorney General, the actions of the Department of Justice will not be improperly influenced by political considerations."

— A juror who sat on the Paul Manafort trial said to would be a "grave mistake" if a presidential pardon came for the former Trump campaign manager.

"I feel it would be grave mistake for President Trump to pardon Paul Manafort," Paula Duncan, one of the jurors, said during an interview with Anderson Cooper. "Justice was done, the evidence was there and that's where it should stop."

Duncan was one of the 11 jurors who convicted Manafort on five tax fraud charges, one charge of hiding foreign bank accounts and two counts of bank fraud. The jury was hung 11-1 on the other 10.

— President Trump has asked Secretary of State Mike Pompeo not to go to North Korea, citing insufficient progress of denuclearization and China's reluctance to help further due to trade tariffs.

"I have asked Secretary of State Mike Pompeo not to go to North Korea, at this time, because I feel we are not making sufficient progress with respect to the denuclearization of the Korean Peninsula. Additionally, because of our much tougher Trading stance with China, I do not believe they are helping with the process of denuclearization as they once were," Trump wrote on Twitter.

Pompeo had announced he would be in Pyongyang with his new Special Representative for North Korea Stephen Biegun.

It would have been Pompeo's fourth trip to the country following Trump's Singapore summit with Kim Jong Un.