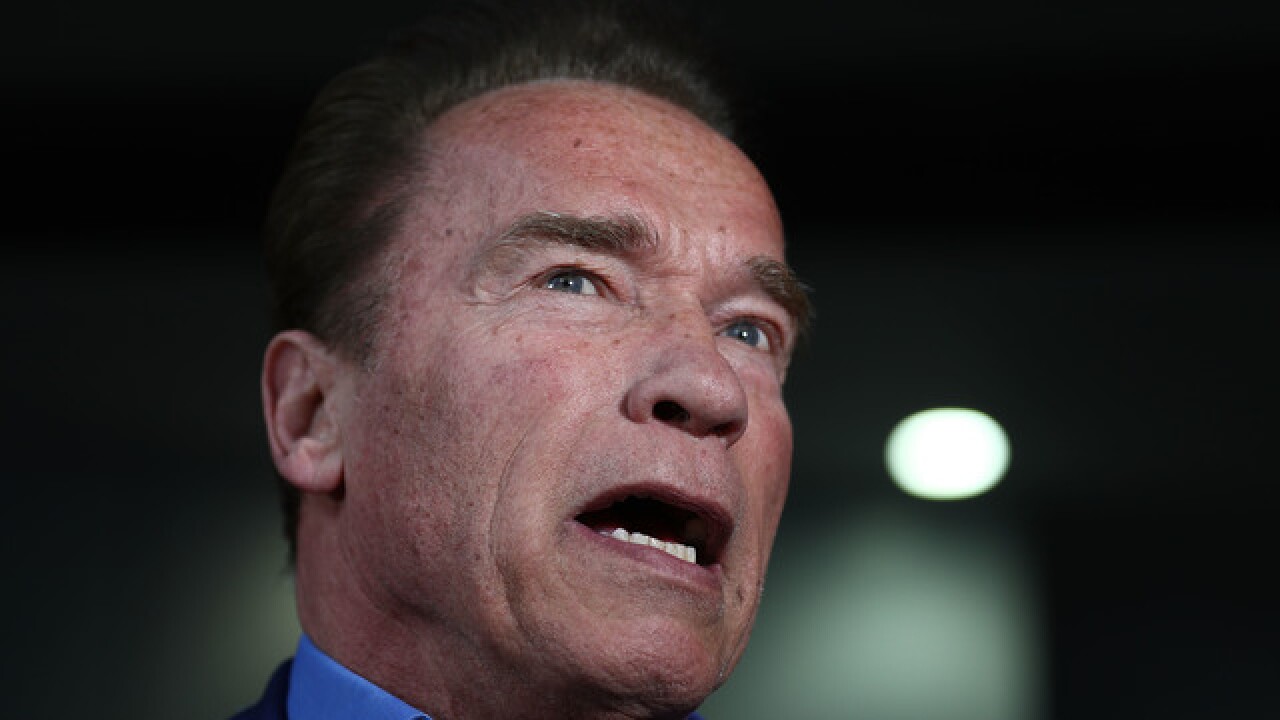 Schwarzenegger: Gov. John Kasich would be 'a great alternative' to Trump

The actor and former head of California told CNN's Michael Smerconish he thinks Gov. Kasich should run against President Trump, should Trump fail to make good on his promises to voters.

"People are going to judge the President before they go to the polls by his performance," Schwarzenegger, who is a Republican, said in an interview. "If Trump does a great job, then there's no reason to replace him. But what I'm saying is that John Kasich is a great alternative should he (Trump) not perform, because we don't know yet. We are only one year into his term."

Schwarzenegger added he thinks the Ohio governor would be better than any candidate the Democratic party could offer. Kasich unsuccessfully fought for the 2016 Republican presidential nomination.

China's economic czar: China is "ready and capable" of defending itself

-- On the heels of newly announced tariffs on Chinese imports by the Trump Administration, China's economic czar Vice Premier Liu He said the country is ready to defend itself.

In a phone call with U.S. Treasury Secretary Steven Mnuchin, He is cited saying China "ready and capable of defending its national interest and hopes both sides will remain rational," according to China's official Xinhua News Agency.

President Trump signed an order Thursday increasing tariffs on nearly $50 billion in Chinese imports. China responded with an increase in tariffs on a list of $3 billion in U.S. imports.

President Trump said the Department of Justice will move forward with a ban on the gun accessory that came into light following the Las Vegas shooting at a music festival.

"Obama Administration legalized bump stocks. BAD IDEA. As I promised, today the Department of Justice will issue the rule banning BUMP STOCKS with a mandated comment period," Trump wrote on Twitter. "We will BAN all devices that turn legal weapons into illegal machine guns."

Attorney General Jeff Sessions clarified the ban, saying the department would issue rules that define bump stocks within the definition of "machine gun" under federal law. The move that would ban the sale of such accessories.

The president's call to ban bump stocks comes as hundreds of thousands of students prepare the March for Our Lives event throughout the country, calling for a ban on bump stocks as well as other gun restrictions following the deadly Parkland, Fla., school shooting.