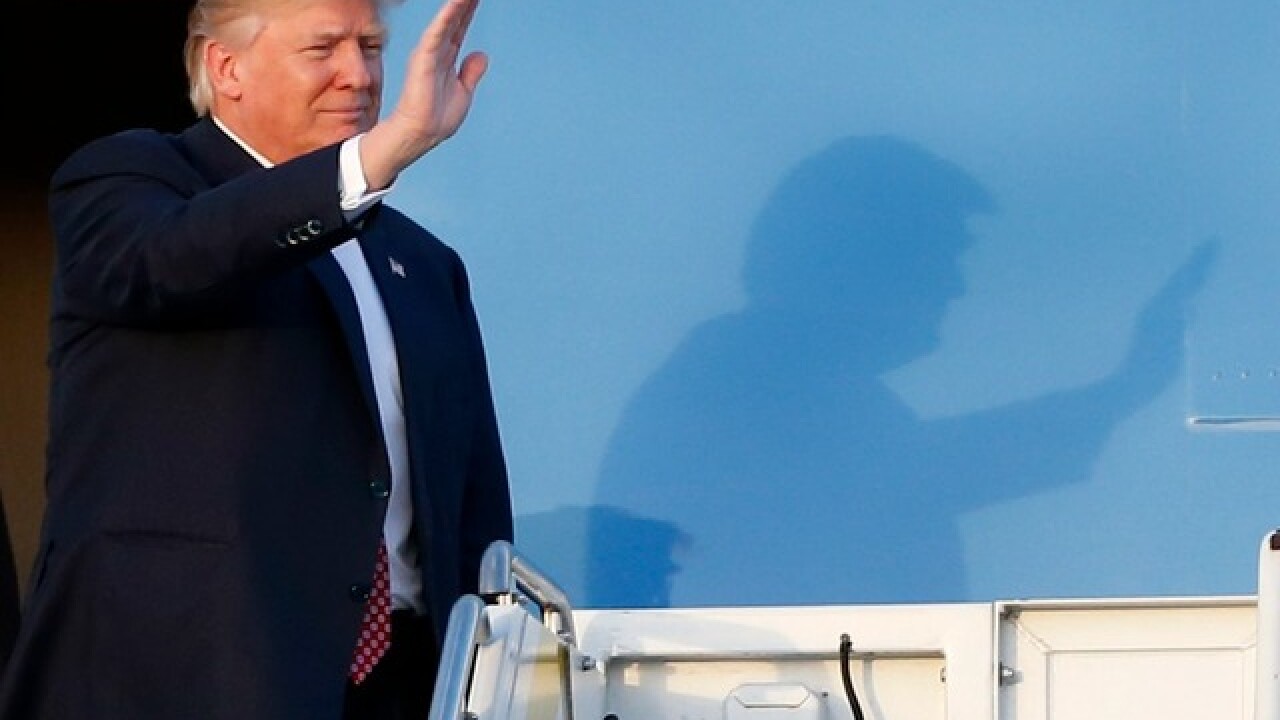 Copyright Associated Press
Wilfredo Lee
In this Friday, Feb. 10, 2017, photo, President Donald Trump waves to supporters on the steps of Air Force One as he arrives in West Palm Beach, Fla.

Democrats would do much better as a party if they got together with Republicans on Healthcare,Tax Cuts,Security. Obstruction doesn't work!

Trump to address supporters at rally in Iowa
-- President Trump will appear at a campaign-like rally in Cedar Rapids, Iowa, on Wednesday evening.

The "Make America Great Again" rally is scheduled for 4 p.m. Pacific time and will be held at the U.S. Cellular Center.

Trump returns to the state for the first time since a November visit just before Election Day.

Handel will replace Rep. Tom Price, who now serves in the Trump administration as Secretary of Health and Human Services.

Nearly $50 million was spent by both parties on the election, which Handel won with 52 percent of the vote.

Congratulations to Karen Handel on her big win in Georgia 6th. Fantastic job, we are all very proud of you!

Well, the Special Elections are over and those that want to MAKE AMERICA GREAT AGAIN are 5 and O! All the Fake News, all the money spent = 0

Mueller meets with House Russia investigators
-- Robert Mueller, the Department of Justice's special counsel overseeing its investigation into Russian meddling, met with the leaders of the House Russia probe Tuesday.

"We had a productive meeting with Special Counsel (Robert) Mueller this afternoon to deconflict our concurrent investigations, and look forward to continuing our dialogue with him as both investigations progress," Reps. Michael Conaway and Adam Schiff, the leaders of the House Russia investigation, said in a joint statement following the meeting.

Mueller's meeting with the House leaders comes a week after he held a similar meeting with Senate Intelligence Committee Chairman Richard Burr and its ranking Democrat Sen. Mark Warner, who are conducting a third, Senate investigation into Russian election meddling, which has featured blockbuster testimonies in recent weeks from fired FBI Director James Comey, Deputy Attorney General Rod Rosenstein and others.

Mueller is scheduled to meet with leaders of the Senate Judiciary Committee Wednesday, as they consider their own probe into potential obstruction of justice by Trump.