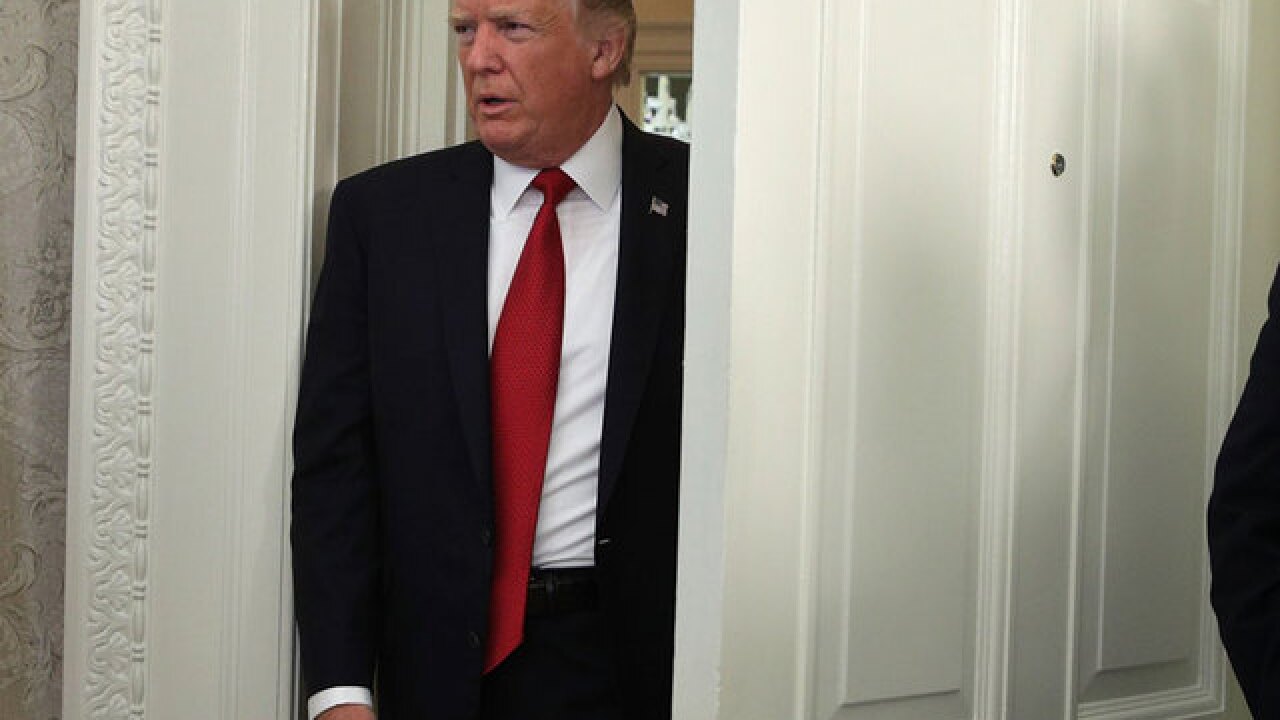 The tweets read in part, “Never seen such Republican ANGER & UNITY as I have concerning the lack of investigation on Clinton made Fake Dossier (now $12,000,000?), the Uranium to Russia deal, the 33,000 plus deleted Emails, the Comey fix and so much more.”

The controversy centers around a 2010 sale that put the Russian government in control of over 20 percent of the U.S. uranium supply, according to Politico.

The State Department, then run by former Secretary of State Hillary Clinton, was one of nine government agencies that signed off on the deal.

“I think the uranium sale to Russia and the way it was done so underhanded, with tremendous amounts of money being passed, I actually think that’s ‘Watergate,’ modern age,” the President previously told reporters at the White House.

Critics have pointed out links between the deal and money donated to the Clinton Foundation by donors with ties to the deal.

Meanwhile, Democrats dispute claims of wrongdoing saying, "These investigations were initiated on a partisan basis, and will shed no light on Russia's interference in the 2016 election, but then again they are not intended to do so,” said Rep. Adam Schiff, a Democrat from California.

Never seen such Republican ANGER & UNITY as I have concerning the lack of investigation on Clinton made Fake Dossier (now $12,000,000?),....

...the Uranium to Russia deal, the 33,000 plus deleted Emails, the Comey fix and so much more. Instead they look at phony Trump/Russia,....

..."collusion," which doesn't exist. The Dems are using this terrible (and bad for our country) Witch Hunt for evil politics, but the R's...

...are now fighting back like never before. There is so much GUILT by Democrats/Clinton, and now the facts are pouring out. DO SOMETHING!

WASHINGTON (AP) — It’s 3 a.m. when a security guard notices a man taking photographs of the Key Bridge a few miles from the White House.

There’s been no crime, but the guard is suspicious and passes the man’s license plate number to the FBI. In a case like this, the FBI might query databases containing foreign intelligence collected overseas.

An agent might learn nothing or might find out the plate belongs to an American communicating online with a suspected Islamic State militant. It’s these scraps of data, sometimes meaningless on their own, that can help foil plots and save lives, the government contends.

But as Congress considers how to reauthorize the law governing the government’s use of such information, lawmakers from both parties and many people in the United States want stricter controls to better protect privacy.

AP sources: DeVos may only partly forgive some student loans

WASHINGTON (AP) — The Education Department is considering only partially forgiving federal loans for students defrauded by for-profit colleges, according to department officials, abandoning the Obama administration’s policy of erasing that debt.

Under President Barack Obama, tens of thousands of students deceived by now-defunct for-profit schools had over $550 million in such loans canceled.

But President Donald Trump’s education secretary, Betsy DeVos, is working on a plan that could grant such students just partial relief, according to department officials. The department may look at the average earnings of students in similar programs and schools to determine how much debt to wipe away.

Hard to define America’s middle class, courted by both sides

WASHINGTON (AP) — What is middle class? President Donald Trump and Republican leaders are promoting their tax-cutting plan as needed relief for the stressed American middle class and a catalyst for job creation.

Democrats say they’re the ones looking out for the middle class, by fighting against proposed tax cuts that would benefit big companies and the wealthy but hurt the average American.

It’s not easy to exactly define this middle class, whose members are championed and courted for their votes by both sides. Lawmakers and experts have differing views on the numbers.