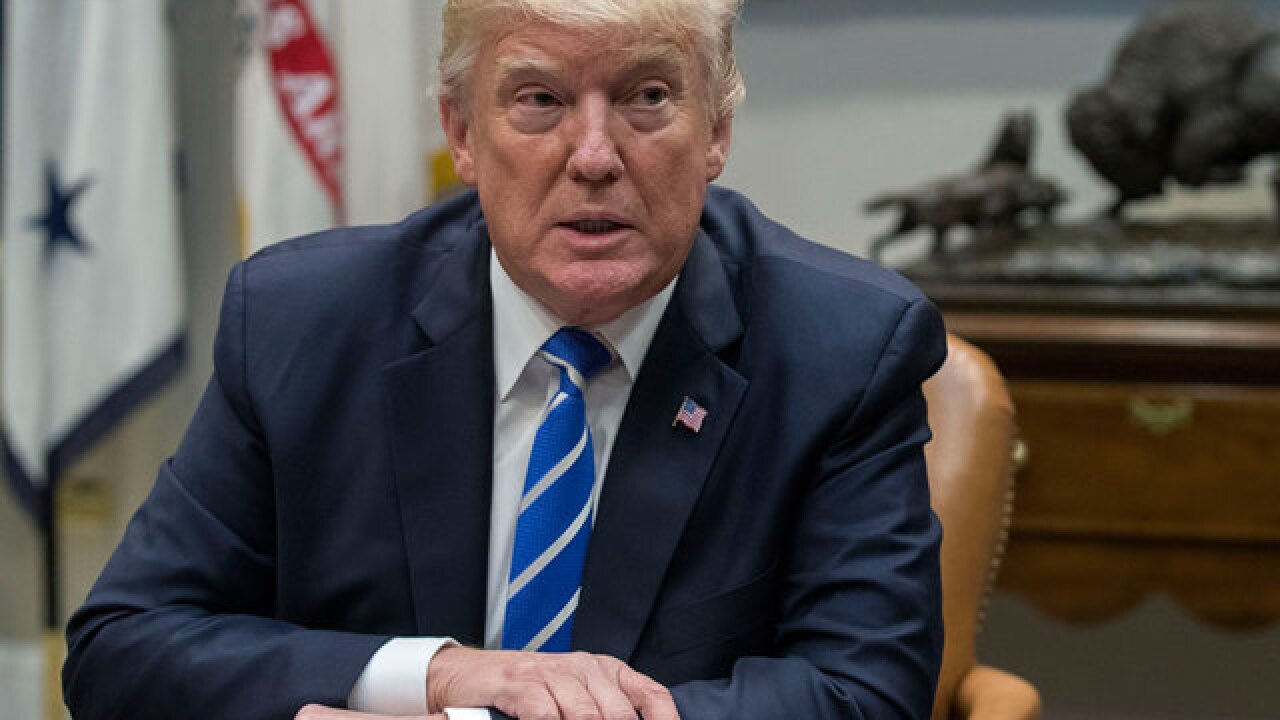 Copyright Getty Images
Shawn Thew/Pool
President Donald Trump delivers remarks during a meeting in the Roosevelt Room of the White House on September 5, 2017 in Washington, DC.

Trump is scheduled to deliver a tax goals-focused speech at the Andeavor Refinery in Bismarck at 4 p.m. Eastern time.

He tweeted Wednesday morning: "Will be going to North Dakota today to discuss tax reform and tax cuts. We are the highest taxed nation in the world - that will change."

While there have been no specifics about his own plan, Trump is expected to speak on President Ronald Reagan's 1986 tax reform plan and how a Democratic senator from North Dakota helped make that possible.

Trump said the current tax code is too complex, unfair and difficult for many to understand.

Trump's morning tweet(s)
-- President Trump and his administration are keeping an eye on the latest Hurricane Irma developments.

Watching Hurricane closely. My team, which has done, and is doing, such a good job in Texas, is already in Florida. No rest for the weary!

Hurricane looks like largest ever recorded in the Atlantic!

Trump Jr. has already provided the committee with documents. One source described Trump Jr. as being cooperative with the committee.

His involvement in a Trump Tower meeting in June 2016 with a Russian lawyer who promised damaging information about Hillary Clinton has been of great interest to the committee.

Defiant Clinton looks to explain loss in new memoir
-- A raw and aggrieved Hillary Clinton takes ownership -- to a degree -- for her stunning 2016 loss to Donald Trump in her upcoming book, which offers a revealing look at the campaign through the eyes of the contest's loser.

The defeated presidential contender offers a patchwork of explanations for what, exactly, did happen last year -- some of which she insists were outside her control and some she concedes were her own fault.

"I go back over my own shortcomings and the mistakes we made. I take responsibility for all of them. You can blame the data, blame the message, blame anything you want -- but I was the candidate," she writes. "It was my campaign. Those were my decisions."