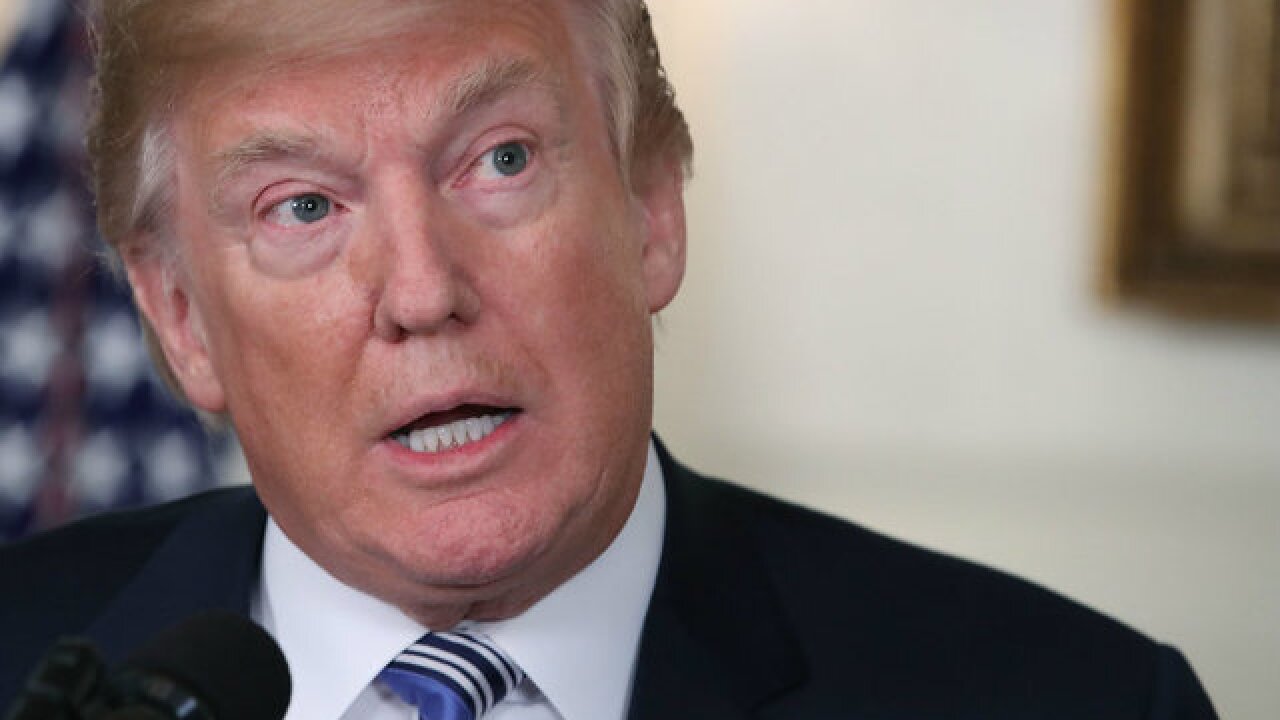 WASHINGTON D.C. -- In several Easter morning tweets, President Donald Trump said there will be no more DACA deal and threatened NAFTA, citing border security as a reason for both.

Border Patrol Agents are not allowed to properly do their job at the Border because of ridiculous liberal (Democrat) laws like Catch & Release. Getting more dangerous. “Caravans” coming. Republicans must go to Nuclear Option to pass tough laws NOW. NO MORE DACA DEAL!

In a separate tweet, Trump said Mexico is "...doing very little, if not NOTHING, at stopping people from flowing into Mexico through their Southern Border, and then into the U.S."

Mexico is doing very little, if not NOTHING, at stopping people from flowing into Mexico through their Southern Border, and then into the U.S. They laugh at our dumb immigration laws. They must stop the big drug and people flows, or I will stop their cash cow, NAFTA. NEED WALL!

(ABC) -- Republicans’ best chance of keeping control of one chamber in Congress most likely lies in the Senate. Despite only holding a two-seat majority, their opposition is arguably in a tougher spot.

And in those states where Democrats are playing defense, President Donald Trump carried 10 of them in the 2016 election.

(ABC) -- The Trump administration is seeking to change visa applications to require all applicants to turn over five years of social media history.

The move is a major expansion of President Donald Trump's effort to implement "extreme vetting" and change how immigrants and visitors to the U.S. are processed.

The proposed new rule would require foreigners applying for a visa to include their social media usernames on various platforms including Facebook, Twitter, or Instagram, as well as previous email addresses, phone numbers, international travel — all from the last five years.