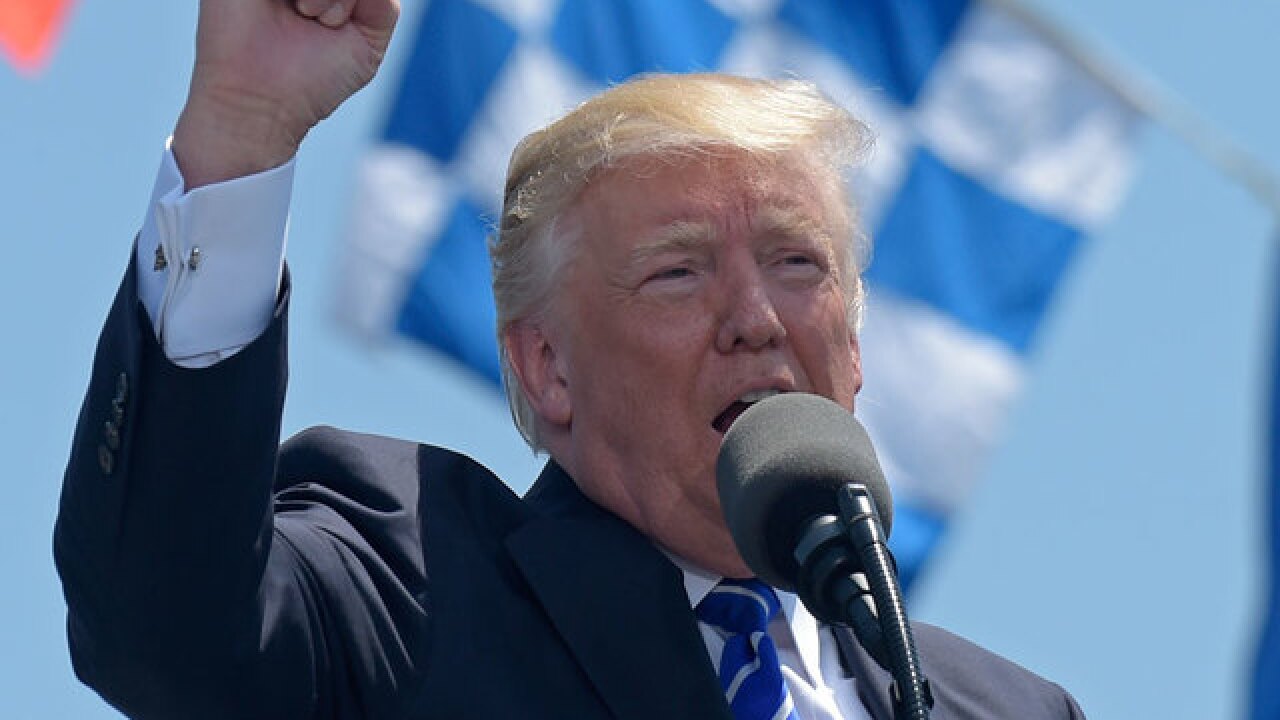 "Single greatest witch hunt of a politician in American history"
-- President Trump went on Twitter Thursday morning and railed against the latest development in the federal investigation into possible Russian interference in the 2016 election.

"With all of the illegal acts that took place in the Clinton campaign & Obama Administration, there was never a special (counsel) appointed," he tweeted.

"This is the single greatest witch hunt of a politician in American history," he added.

With all of the illegal acts that took place in the Clinton campaign & Obama Administration, there was never a special counsel appointed!

This is the single greatest witch hunt of a politician in American history!

On Wednesday, the Justice Department appointed former FBI Director Robert Mueller as special counsel to oversee the probe, which has focused on contacts between Trump's campaign associates and Russian officials. The move aimed to quell the wave of criticism facing the Trump administration since the president fired Comey last week as the investigation intensified.

Obama refers to Trump as a 'bullsh***er'
-- Former President Barack Obama is enjoying life out of the spotlight, but that doesn't mean he can't weigh in on his successor, Donald Trump.

In an article published in People magazine, Obama -- according to a friend -- thinks Trump is "nothing but a bullsh***er" and his opinion of the current president "hasn't gotten any better" since after the election.

As President Trump continues to deal with numerous controversies, the People story says Obama would "take his call and try to help" if Trump were in a jam and needed advice.

Trump interviews potential FBI director candidates
-- President Trump is moving along in the process to replace James Comey, who was fired last week as FBI director.

Several other candidates have withdrawn from consideration, including Rep. Trey Gowdy of South Carolina and Sen. John Cornyn of Texas, both Republicans; Alice Fisher, the former head of the Justice Department's criminal division; and Michael Garcia, a former U.S. attorney from Manhattan.