DC Daily: President Trump 'sad to see' Confederate monuments taken down across US 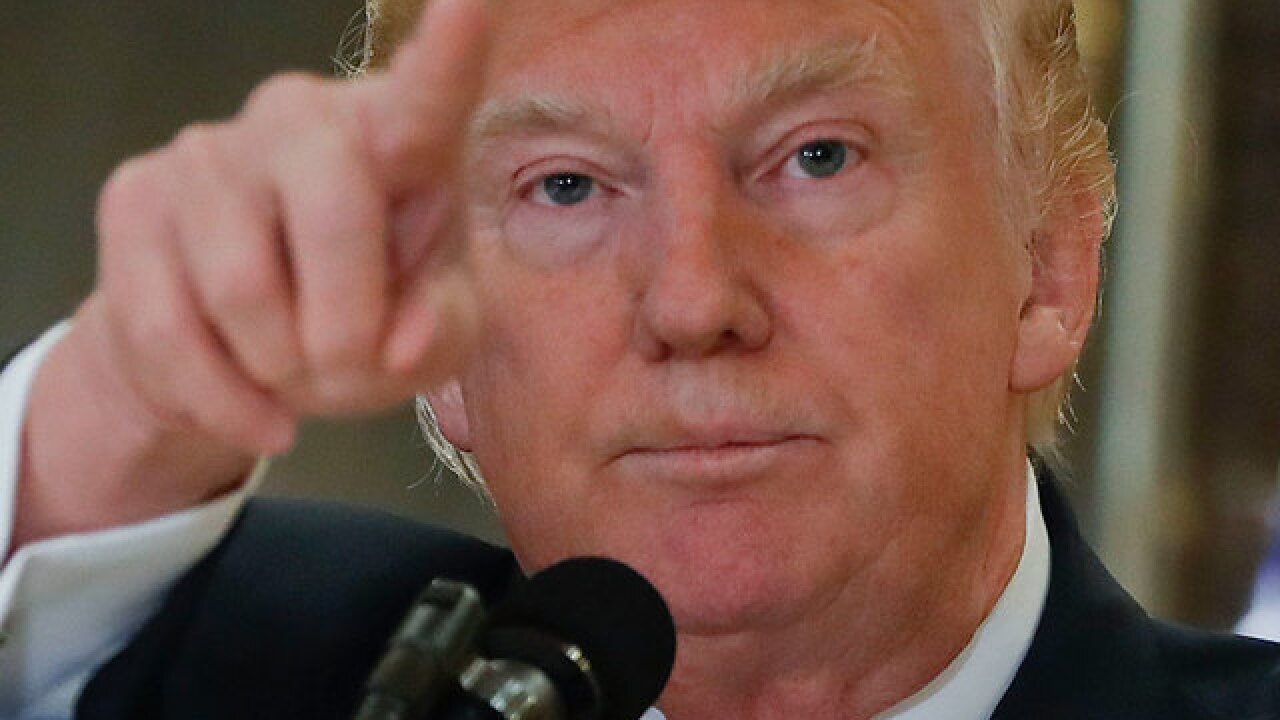 Copyright Associated Press
Pablo Martinez Monsivais
In this Aug. 15, 2017, photo, President Donald Trump points to members of the media as he answers questions in the lobby of Trump Tower in New York.

Trump said in a series of tweets Thursday morning:

Sad to see the history and culture of our great country being ripped apart with the removal of our beautiful statues and monuments. You.....

...can't change history, but you can learn from it. Robert E Lee, Stonewall Jackson - who's next, Washington, Jefferson? So foolish! Also...

...the beauty that is being taken out of our cities, towns and parks will be greatly missed and never able to be comparably replaced!

In an email to Apple employees on Wednesday night, Cook called for an "unequivocal" denouncement of hate and bigotry, rejecting Trump's widely criticized remarks on Charlottesville.

"I disagree with the president and others who believe that there is a moral equivalence between white supremacists and Nazis, and those who oppose them by standing up for human rights," Cook wrote. "Equating the two runs counter to our ideals as Americans."

Cook's comments come after top CEOs abandoned Trump in the wake of his remarks on Charlottesville, leading to the collapse of the president's two business advisory groups. Cook had previously participated in a couple tech summits hosted by Trump.

Trump slams "publicity seeking" Sen. Graham
-- President Trump hit back at Sen. Lindsey Graham after the South Carolina Republican criticized him for his statements on the Charlottesville crisis.

Publicity seeking Lindsey Graham falsely stated that I said there is moral equivalency between the KKK, neo-Nazis & white supremacists......

...and people like Ms. Heyer. Such a disgusting lie. He just can't forget his election trouncing.The people of South Carolina will remember!

Mr. President, like most I seek to move our nation, my state, and our party forward - toward the light - not back to the darkness. (1) https://t.co/K1j4JnhCgf

Your tweet honoring Miss Heyer was very nice and appropriate.

However, because of the manner in which you have handled the Charlottesville tragedy you are now receiving praise from some.....(3)

....you are now receiving praise from some of the most racist and hate-filled individuals and groups in our country. (4)

History is watching us all. (6)