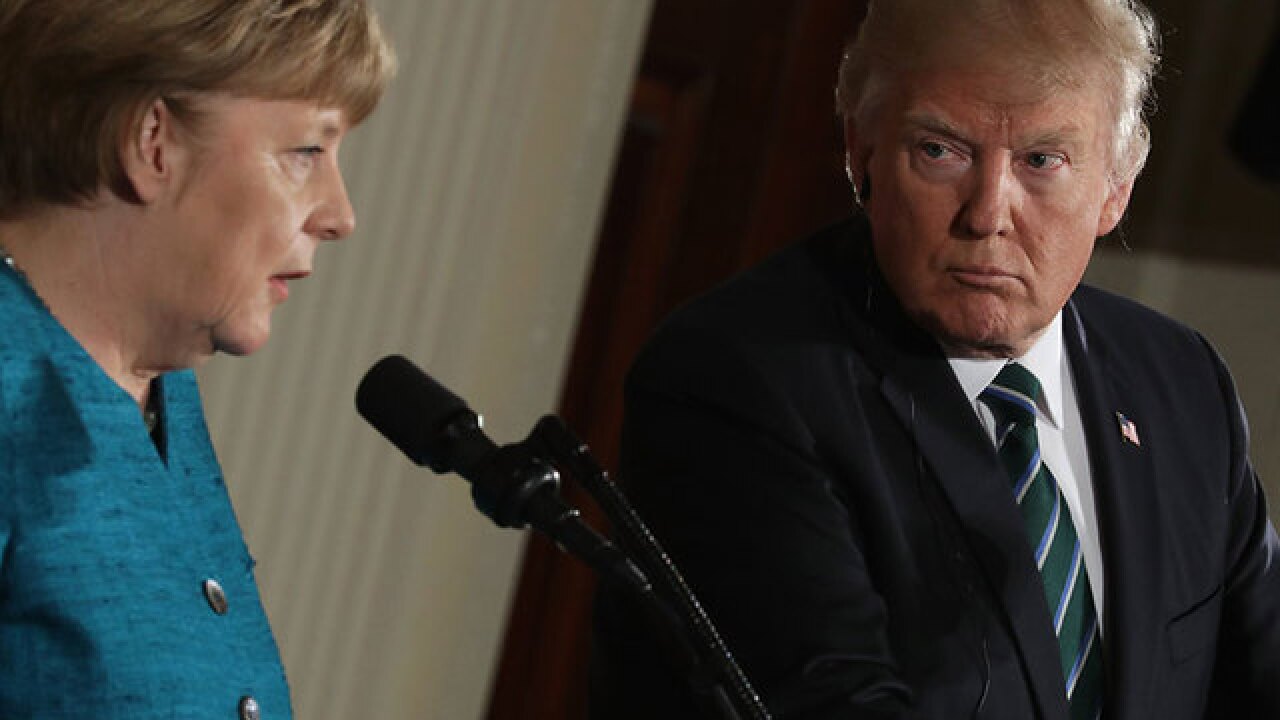 Image copyright 2017 Getty Images. All rights reserved. This material may not be published, broadcast, rewritten, or redistributed.
<p>President Donald Trump holds a joint press conference with German Chancellor Angela Merkel in the East Room of the White House on March 17, 2017, in Washington, D.C. (Photo by Chip Somodevilla/Getty Images)</p> 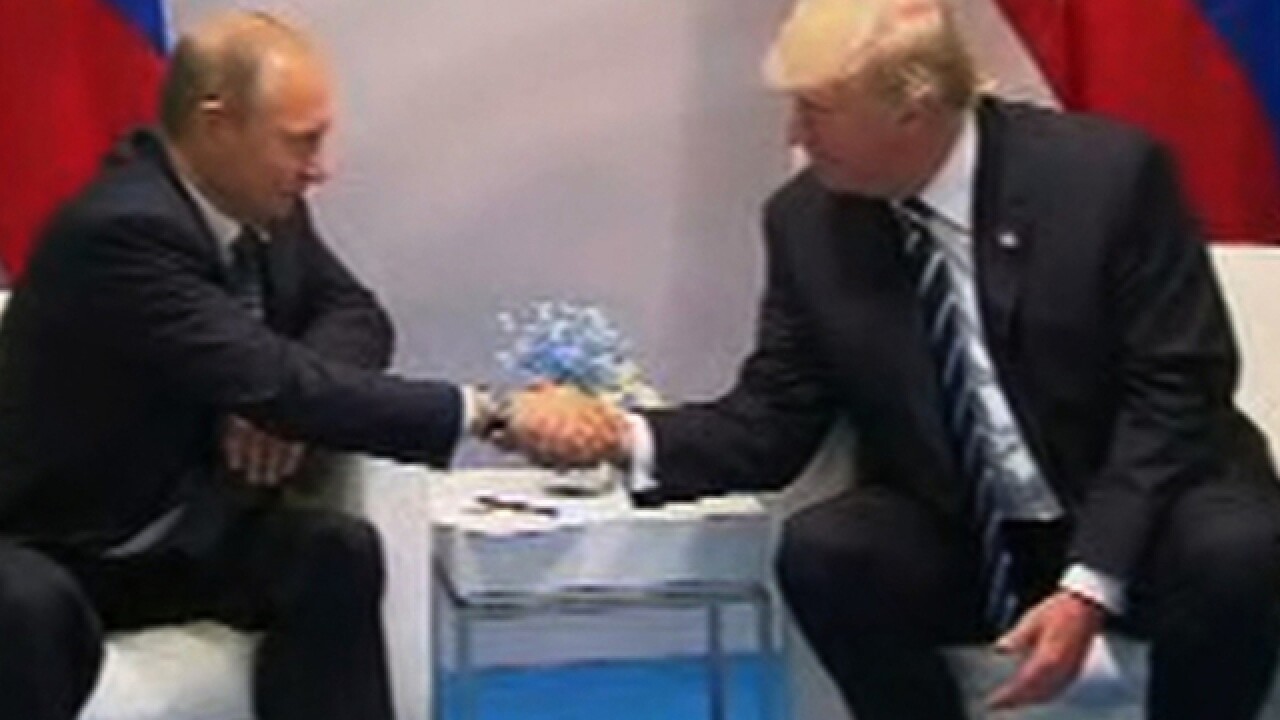 The German leader deplored the US' decision to leave the Paris climate change agreement, saying all other 19 nations in the G20 remained committed to it, according to CNN.

In her remarks, Merkel noted the US's withdrawal and affirmed her country's, "strong commitment to an approach that lowers emissions while supporting economic growth and improving energy security needs."

-- President Trump urged action on North Korea in a meeting with Chinese President Xi Jinping Saturday in Germany for the G20 Summit.

"Something has to be done about it," Trump argued Saturday, according to CNN. "It may be longer than I like, more than you like, but there will be a success ... one way or the other."

The two leaders also discussed trade during the meeting.

"Trade, as you know, is a very, very big issue for the United States now. Because over the years and -- it's really been over a long period of time many things have happened that have led to trade imbalances," Trump said. "And I know that with China in particular which is a great trading partner, we will be able to do something that will be equitable and reciprocal."

-- Despite signals from White House officials signaling otherwise, President Trump raised the issued of election meddling during his discussion with the Russian President Vladimir Putin Friday.

"They had a very robust and lengthy exchange on the subject," Secretary of State Rex Tillerson told reporters Friday. "The president pressed President Putin on more than one occasion regarding Russian involvement. President Putin denied such involvement as I think he has in the past."

In a speech Thursday, President Trump suggested he believed Russian was behind the attempts to sway the U.S. election, but other countries may be involved as well.

-- A US Defense Department Missile Defense Agency official said they plan to conduct a flight test of the Terminal High Altitude Area Defense (THAAD) missile defense system within the next few days.

The exact date of the test was not disclosed, CNN said.

The THAAD defense system is designed to shoot down incoming ballistic missiles. The upcoming test will involve the THAAD seeking to detect, track and engage a target.

According to the official, the test is not in response to North Korea's recent intercontinental ballistic missile test.

-- Vice President Mike Pence visited Kennedy Space Center in Cape Canaveral, Fla., Friday to discuss the Trump Administration's plans for American space exploration - but that's not what the Internet is talking about.

Instead, a photo taken of Pence touching a piece of equipment featuring a sign reading, "Critical Space Flight Hardware. 'Do Not Touch'" has made waves.

Pence was quick to join in the fun, tweeting "Marco Rubio dared me to do it!"

In fairness, I warned @VP that "you break it, you own it" https://t.co/X5ROcnDVCd

Okay...so this isn't exactly the first time this has happened. pic.twitter.com/6Y7b3UlJXe

In a statement to CNN, NASA said the sign is meant as a day-to-day reminder.

"Procedures require the hardware to be cleaned before tiles are bonded to the spacecraft, so touching the surface is absolutely okay," NASA's statement read. "Otherwise, the hardware would have had a protective cover over it."

During his speech, Pence signaled the administration was interested in focusing on deep space exploration, rather than Earth-centric research.

Thanks @NASAKennedy for hosting us yesterday. As I said, @POTUS & I are committed to ensuring that America leads in space once again #VPinFL pic.twitter.com/aKowQ8Xb3t

The move comes days after the political organization Our Revolution organized nationwide sit-ins to protest the Republican health care bill in the Senate, according to CNN.

A number of moves on both sides of the aisle are being made after Republican leaders expressed doubt a vote on the Senate bill would occur soon.

"If my side is unable to agree on an adequate replacement, then some kind of action with regard to the private health insurance market must occur," McConnell said Thursday. "No action is not an alternative. We've got the insurance markets imploding all over the country, including in this state."