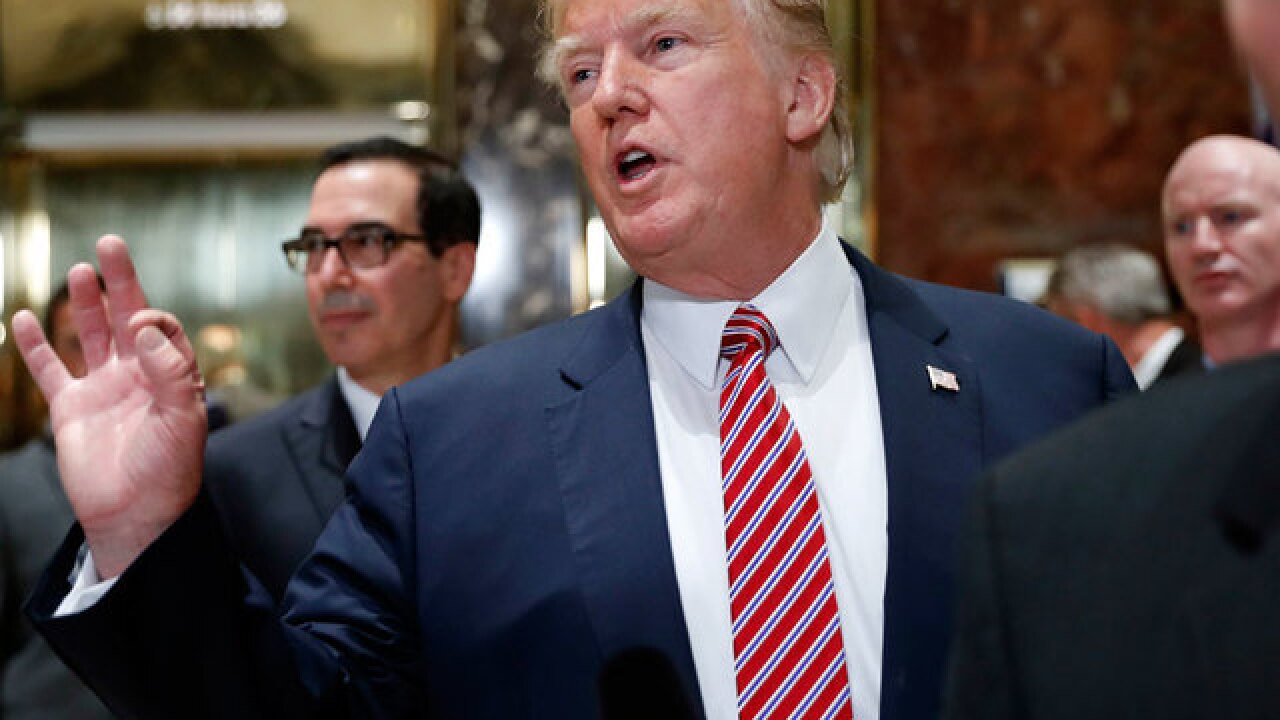 "I joined the Manufacturing Jobs Initiative in January to advocate for policies that align with our values and encourage even stronger investment and job growth," Thulin said in a statement. "After careful consideration, I believe the initiative is no longer an effective vehicle for 3M to advance these goals."

Morrison, issued this statement regarding her resignation: "Racism and murder are unequivocally reprehensible and are not morally equivalent to anything else that happened in Charlottesville. I believe the President should have been – and still needs to be – unambiguous on that point.

Following yesterday’s remarks from the President, I cannot remain on the Manufacturing Jobs Initiative. I will continue to support all efforts to spur economic growth and advocate for the values that have always made America great."

After Wednesday's departures, Trump tweeted: "Rather than putting pressure on the businesspeople of the Manufacturing Council & Strategy & Policy Forum, I am ending both. Thank you all!"

Trump speaks briefly on Charlottesville victim
-- President Trump took to Twitter Wednesday and spoke on Heather Heyer, the 32-year-old woman who died after a car slammed into a crowd during a clash between white supremacists and their opposition in Charlottesville, Virginia.

Heyer was among a large group of people protesting against white supremacists on Saturday when a car allegedly driven by James Alex Fields drove directly into them.

Trump tweeted Wednesday: "Memorial service today for beautiful and incredible Heather Heyer, a truly special young woman. She will be long remembered by all!"

The tweet came as a memorial service was held for Heyer in Charlottesville Wednesday morning.

Trump's comments come one day after a news conference in which he blamed the Charlottesville clashes on both sides of the conflict and defended his statement following the tragedy.

During the Tuesday news conference, Trump said of his initial statement: "I didn't wait long. I didn't wait long. I wanted to make sure, unlike most politicians, that what I said was correct, not make a quick statement. The statement I made on Saturday, the first statement, was a fine statement, but you don't make statements that direct until you know the facts. It takes a little while to get the facts. You still don't know the facts and it is a very, very important process to me. It is a very important statement."

Kim Jong Un of North Korea made a very wise and well reasoned decision. The alternative would have been both catastrophic and unacceptable!

Amazon is doing great damage to tax paying retailers. Towns, cities and states throughout the U.S. are being hurt - many jobs being lost!

Trump campaign heading to Phoenix next week
-- President Trump is scheduled to be in Phoenix for a rally on August 22, campaign officials announced.

The rally is set to be held at the Phoenix Convention Center at 7 p.m. local time.

As the White House senior communications adviser, Hicks helped shape Trump's messaging. Previously, she was a public relations professional for the Trump Organization before becoming one of the first people to join Trump's campaign press team.

Her relationship with Trump began while she was working for Hiltzik Strategies, a New York public relations firm founded by Matthew Hiltzik, a longtime Hillary Clinton supporter. She eventually left the firm to work for the Trump Organization and worked on several projects, including Ivanka Trump's fashion line and Trump resorts.