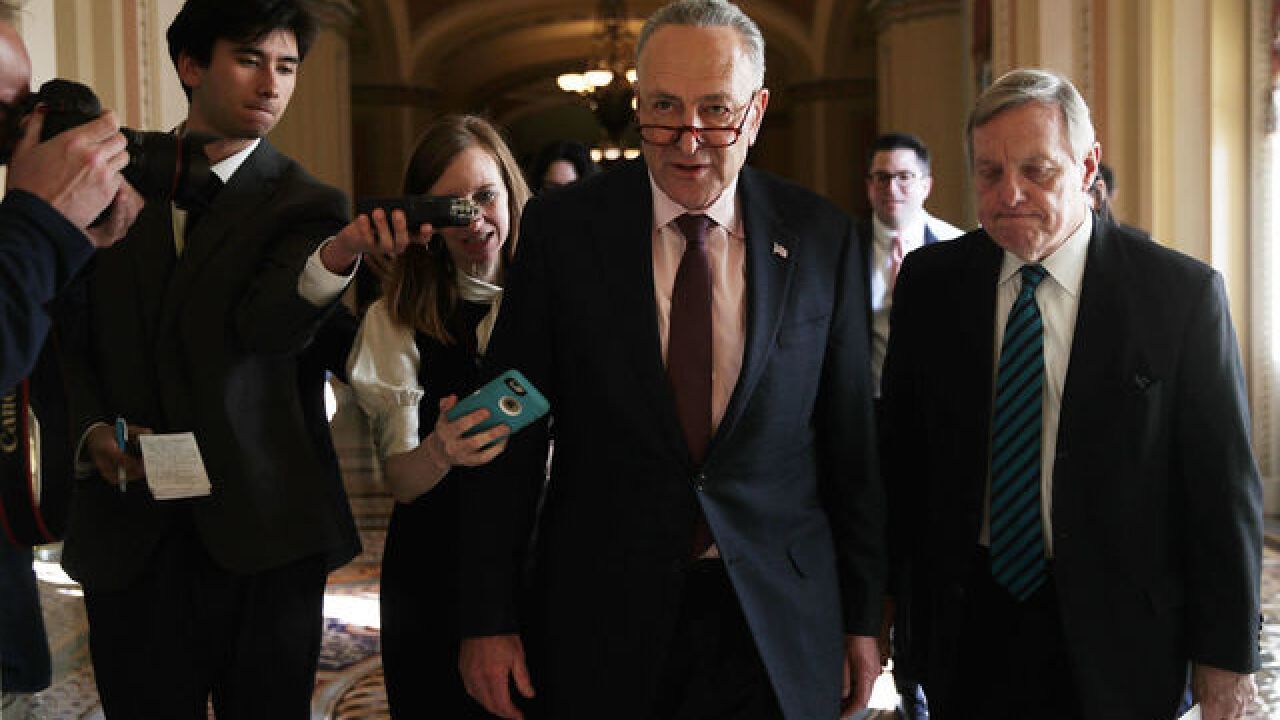 Changes to the bill were made - at times, handwritten on the document - hours before the final vote was taken.

President Donald Trump tweeted his congratulations on Twitter after the vote, praising Republican lawmakers and promising the biggest, "tax cuts in history."

Biggest Tax Bill and Tax Cuts in history just passed in the Senate. Now these great Republicans will be going for final passage. Thank you to House and Senate Republicans for your hard work and commitment!

"Biggest tax bill and tax cuts in history just passed in the Senate. Now these great Republicans will be going for final passage. Thank you to House and Senate Republicans for your hard work and commitment!" Trump tweeted.

Democratic National Committee chair Tom Perez, however, called the passing "an absolute betrayal of America's working families" and slammed Republicans for allowing "virtually no debate or time to even read" the bill in a statement:

"This tax scam is an absolute betrayal of America’s working families. While Senate Republicans allowed virtually no debate or time to even read the hundreds of pages of  hastily-drafted, handwritten bill text, they did manage to add dozens of new giveaways to special interest lobbyists. Republicans are unilaterally taking billions of dollars away from the middle class and handing it over to their billionaire donors and wealthy corporations while destroying the future of our economy.

“This is the price of Republican leadership: a tax plan built on lies and written for the rich, by the rich. Voters won’t forget this betrayal on Election Day. And as Republicans continue to turn their backs on the people they’re supposed to represent, Democrats will keep fighting to build an economy that works for everyone.”

The House of Representatives approved its own tax reform plan last month. The two Congressional bodies are now expected to head to conference to reconcile the two bills.

The former Trump Administration adviser pleaded guilty this week to lying to the FBI about conversations with Russia's ambassador during the election last year.

According to an FBI statement, Flynn communicated with then-Russian Ambassador to the US Sergey Kislyak after being asked by a senior Trump transition official to find out how foreign governments stood on a coming UN Security Council resolution about Israel.

Kihun, a Democrat, has been accused of making repeated sexual advances on a former campaign finance director, who has requested to remain unnamed.

"In Congress, no one should face sexual harassment in order to work in an office or in a campaign," Pelosi said in a statement. "The young woman’s documented account is convincing, and I commend her for the courage it took to come forward. In light of these upsetting allegations, Congressman Kihuen should resign."

Kihuen has since apologized, though said he doesn't recall any of the circumstances surrounding the accusations.

"The staff member in question was a valued member of my team," Kihuen said in a statement. "I sincerely apologize for anything that I may have said or done that made her feel uncomfortable. I take this matter seriously as it is not indicative of who I am, but I want to make it clear that I don’t recall any of the circumstances she described."

Congress has been dealing with a string of sexual harassment allegations. House of Representative lawmakers are expected to vote this week on a mandate requiring sexual harassment training for members and their staff.