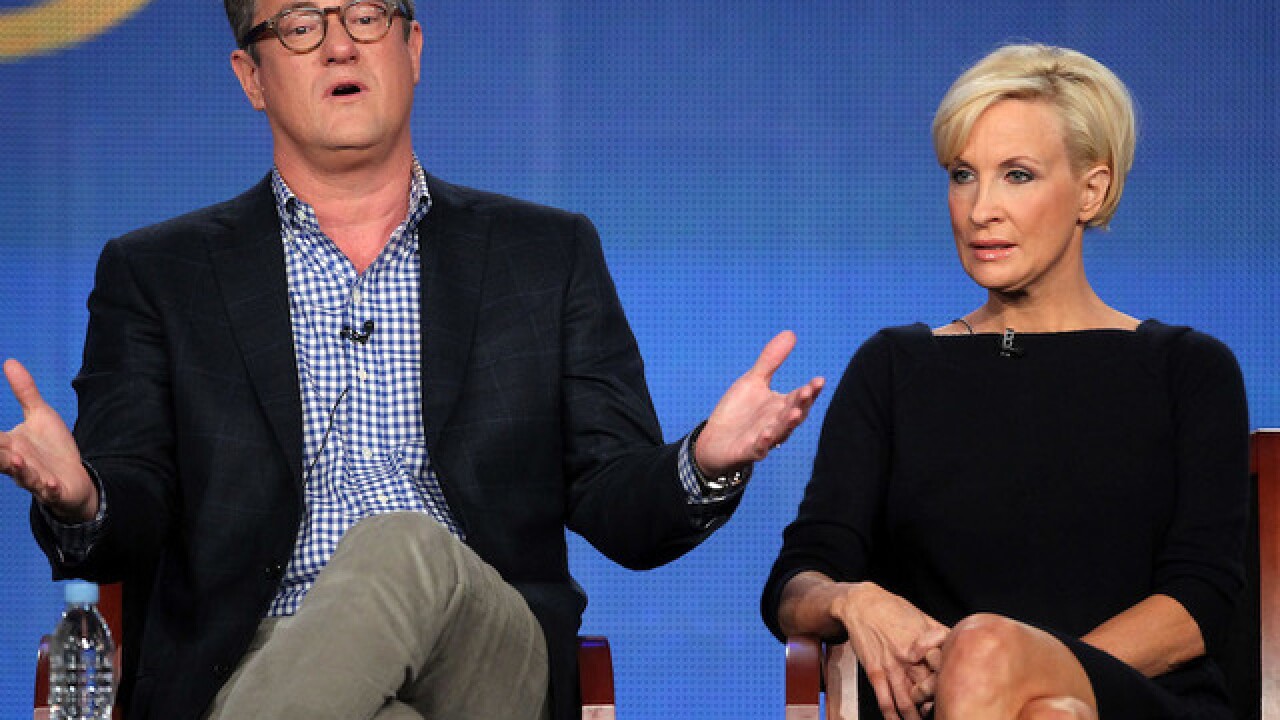 Here's what's going on in the world of politics today, July 1:

-- Despite bipartisan backlash, President Trump lashed out on Twitter Saturday morning, attacking the media and states who have not complied with an investigation into potential voter fraud.

Trump continued his attacks on MSNBC "Morning Joe" hosts Joe Scarborough and Mika Brzezinski, calling them "Crazy Joe" and "dumb as a rock Mika" - before saying they're "not bad people."

Crazy Joe Scarborough and dumb as a rock Mika are not bad people, but their low rated show is dominated by their NBC bosses. Too bad!

The president attacked the hosts Thursday, following an episode of "Morning Joe" that spoke critically of Trump.

Word is that @Greta Van Susteren was let go by her out of control bosses at @NBC & @Comcast because she refused to go along w/ 'Trump hate!'

I am extremely pleased to see that @CNN has finally been exposed as #FakeNews and garbage journalism. It's about time!

The president also lashed out at states resisting efforts to investigate possible voter fraud, as his Advisory Commission on Election Integrity begins their investigation.

The commission was formed after in May after President Trump made claims about voter fraud in the 2016 presidential election. No evidence was presented to support those claims.

Numerous states are refusing to give information to the very distinguished VOTER FRAUD PANEL. What are they trying to hide?

The president did make sure to take the time to with Canadians a Happy Canada Day...

Happy Canada Day to all of the great people of Canada and to your Prime Minister and my new found friend @JustinTrudeau. #Canada150

New Jersey comes to a halt over budget

-- New Jersey's government was forced closed Friday after lawmakers and Governor Chris Christie could not come to an agreement over the state's budget.

Gov. Christie said the shutdown is necessary as lawmakers attempt to create "a fiscally responsible budget."

-- In a memo obtained by CNN, the Pentagon says it will delay a decision on whether to allow transgender recruits by another six months, as the July 1 deadline hits.

"We will use this additional time to evaluate more carefully the impact of such accessions on readiness and lethality," Defense Secretary Jim Mattis said in the memo. "This action in no way presupposes the outcome of the review."

In 2016, then-Defense Secretary Ash Carter ended the ban on transgender recruits but noted the process would roll out in stages.

Trump: US patience with North Korea "is over"

-- President Trump spoke alongside South Korean President Moon Jae-in Friday, commenting that the United State's patience in dealing with North Korea  "is over."

"The era of strategic patience with the North Korean regime has failed," Trump said in a statement in the White House Rose Garden. "And, frankly, that patience is over."

The meeting came after Trump after a series of measures were approved to ratchet up pressure on North Korea signal China about the US' shrinking patience.