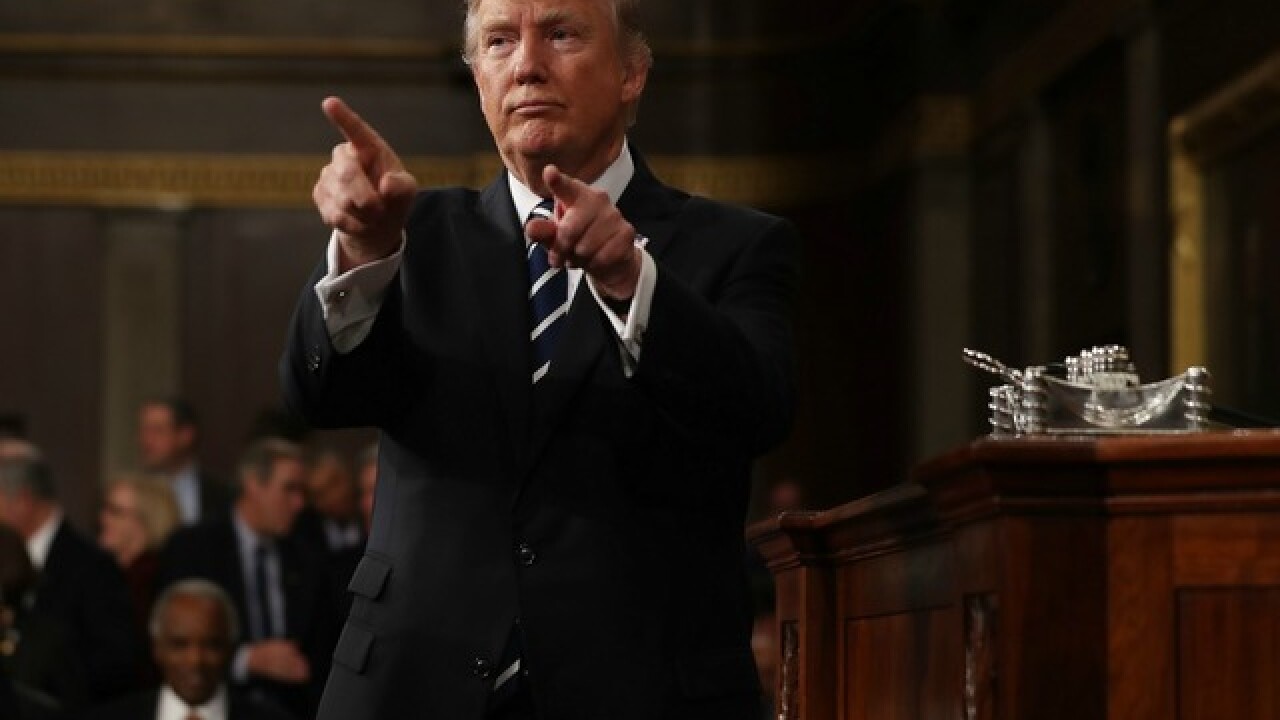 Copyright Getty Images
Jim Lo Scalzo/Pool
U.S. President Donald Trump reacts after delivering his first address to a joint session of the U.S. Congress on February 28, 2017 in the House chamber of the U.S. Capitol in Washington, DC. Trump's first address to Congress focused on national security, tax and regulatory reform, the economy, and healthcare.

Reaction to Trump's Tuesday night address continues
-- President Donald Trump's joint address to Congress and the tone of his speech continue to be the talk of the political world. The president touched on an array of topics, from threats across the nation on Jewish Community Centers and immigration, to ISIS and the military, to the health care system and job creation. He also recognized the widow of a U.S. Navy SEAL who was killed during a recent mission, which led to a lengthy standing ovation for her.

During the speech, Trump called for the "renewal of the American spirit."

Pence made the remarks during an appearance Wednesday morning on ABC's "Good Morning America."

The vice president spoke on a number of topics that Trump discussed during his address, including the Affordable Care Act.

Pence told GMA that "no one is going to fall through the cracks" as a result of Republican plans to replace the nation's health care law. Pence was referring to people on Medicaid, the federal-state program for low income Americans that is managed by the states.

How did social media react to Trump's speech?
-- President Trump was judged at every turn last night on social media by his supporters, critics, colleagues and opponents. Some examples:

.@realDonaldTrump is Condemning hate and evil, then he should start by example and take back his hateful words. #JointSession

What a beautiful speech. Not one other Republican in that room could give this speech.

The letter said: "It is noted that Ms. Conway made the statement in question in a light, off-hand manner while attempting to stand up for a person she believed had been unfairly treated and did so without nefarious motive or intent to benefit personally."

President Oprah Winfrey?
-- Oprah Winfrey said she believes she may have what it takes to make a presidential run.

Winfrey said before Trump's election she thought that she didn't have the necessary government experience to run the country but now she thinks differently. The billionaire businessman had never before held public office before his election victory in November.