DC Daily: All eyes on Trump as Syria crisis evolves 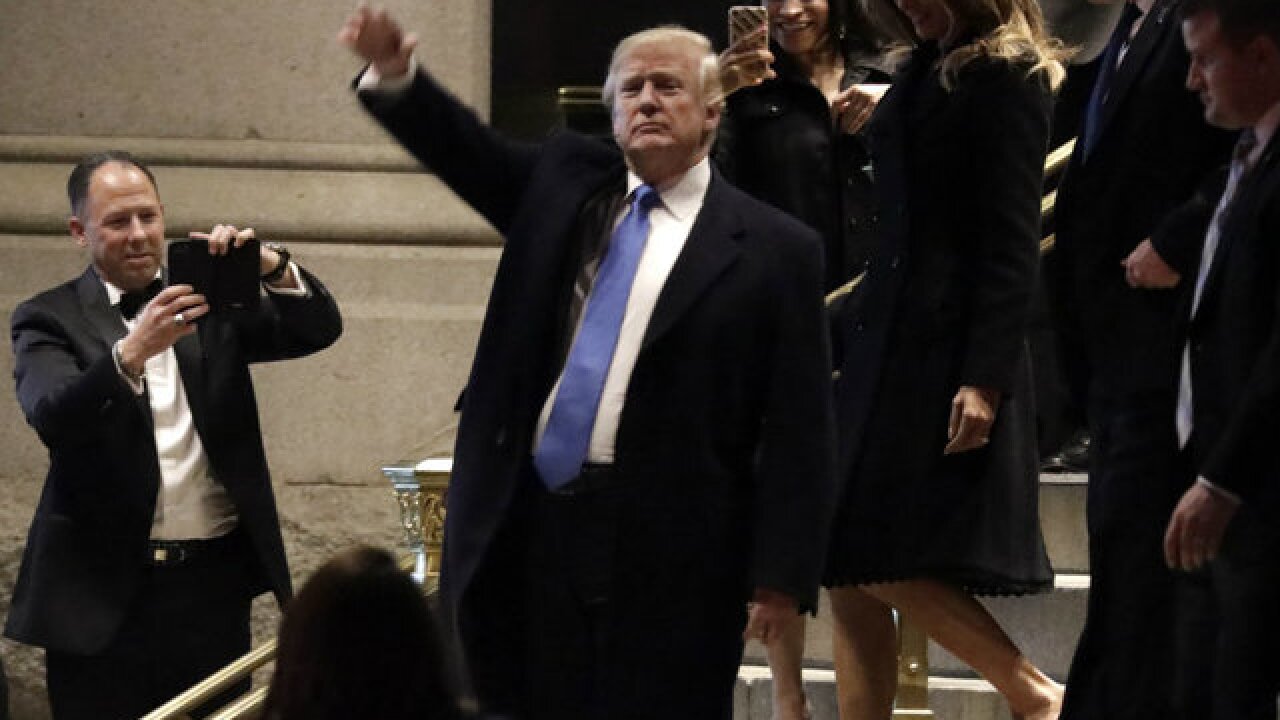 Trump calls Syria attack “atrocious”
-- President Trump spoke out against the “heinous” attack in Syria that killed dozens of people over the weekend and he did not rule out possible U.S. military action as a response.

Prior to a Monday cabinet meeting at the White House, the president addressed the media about the attack in which chemical weapons were possibly used.

At least 40 people were reportedly killed in the attack near Damascus. Rebel forces say Syrian’s government was responsible for the incident.

Trump called the attack “atrocious” and “horrible,” and he said, “If it’s Russia, if it’s Syria, if it’s Iran, if it’s all of them together, we’ll figure it out.”

“Everybody is going to pay a price,” Trump said, repeating a phrase he had tweeted hours after he learned of the attack.

When asked about a possible U.S. response, specifically a military one, Trump said, “Nothing is off the table.”

U.S. denies involvement in missile attack on Syria
-- U.S. military officials denied they carried out an airstrike on a Syrian air base Monday morning.

In a statement, Pentagon officials said the Department of Defense “at this time” is “not conducting airstrikes in Syria.” Officials went on to say they would “support the ongoing diplomatic efforts to hold those who use chemical weapons, in Syria and otherwise, accountable.”

A state-run Syrian news agency reported Syrian air defenses shot down eight missiles and that an unspecified number of people were killed.

Meanwhile, several news outlets speculated the U.S. was considering military action after dozens of people were killed in a chemical attack in the last rebel-held part of Eastern Ghouta on Saturday.

In a tweet over the weekend, President Trump called Syria's president an "animal" and warned there'd be a "big price to pay" after the chemical attack.

Many dead, including women and children, in mindless CHEMICAL attack in Syria. Area of atrocity is in lockdown and encircled by Syrian Army, making it completely inaccessible to outside world. President Putin, Russia and Iran are responsible for backing Animal Assad. Big price...

....to pay. Open area immediately for medical help and verification. Another humanitarian disaster for no reason whatsoever. SICK!

As of early Monday morning, Israel had not responded to claims it carried out Monday's missile strike.

Trump recently threatened to tack on another $100 billion in tariffs as a response to China's tariffs on some U.S. goods.

Last week, Trump said the U.S. had "already lost the trade war" because of trade disparities. He said the U.S. is willing to suffer short-term losses for better trade deals with China in the future.

U.S. attorney to oversee FBI document release to House
-- The Justice Department on Monday is expected to name Chicago's top federal prosecutor, US attorney John Lausch, to oversee the FBI's production of documents to the House Judiciary Committee, after President Donald Trump angrily accused it of "stalling" the release.

Multiple media outlets reported last week that the Justice Department had missed a subpoena deadline to provide the House Judiciary Committee with documents related to an array of issues Thursday. CNN reported on Friday, however, that the department plans to give the committee 1,000 pages of information on Monday.

On Twitter Saturday, Trump accused the department of slow-walking "documents relating to FISA abuse," Hillary Clinton's emails, former FBI Director James Comey and others, and asked what it and the FBI "have to hide."