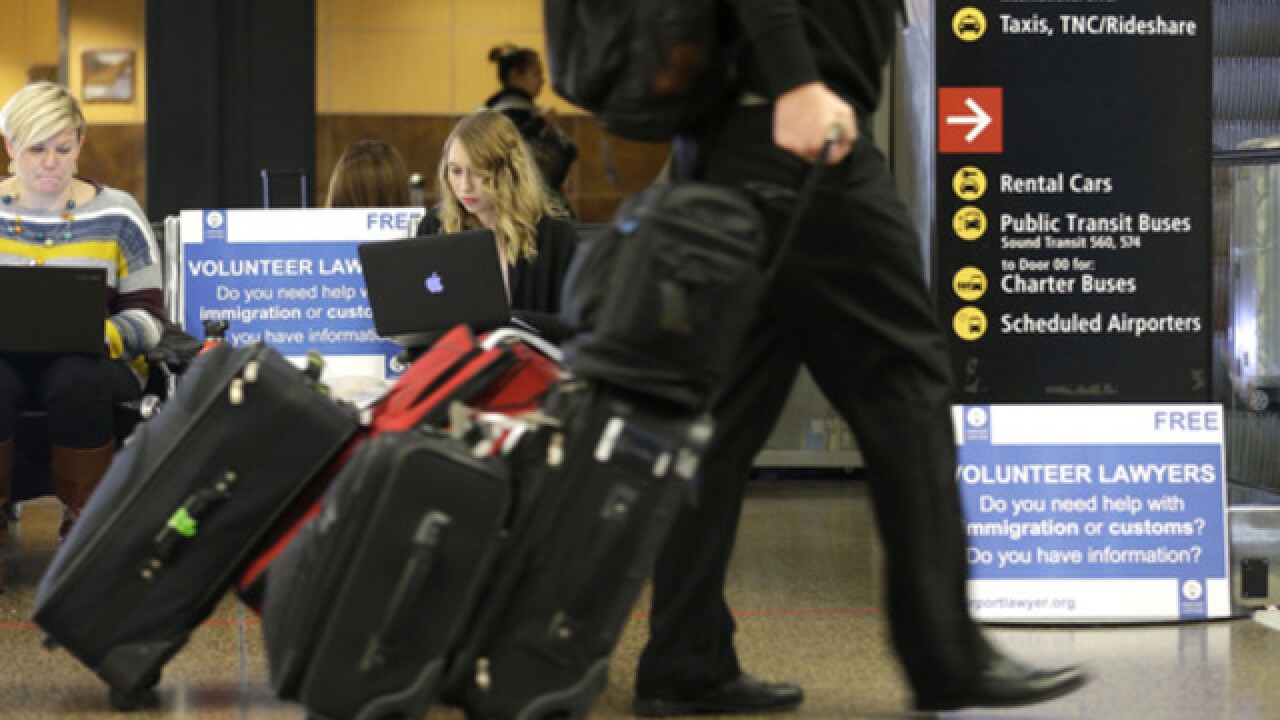 Travel ban to be heard by 9th Circuit Court again
-- For the second time in President Donald Trump's young administration, the 9th US Circuit Court of Appeals will listen to lawyers battle over the legality of his executive order temporarily blocking foreigners from traveling to the US.

Two months ago, a federal judge in Hawaii halted the core portions of Trump's revised travel ban just hours before it was slated to go into effect nationwide, finding it likely violated the Constitution by disfavoring Muslims.

The school is approximately 20 miles from the White House, located in Potomac, Maryland. In 2011, the school instituted an innovative research center called the Center for Transformative Teaching & Learning, or CTTL. The school's tuition is $38,590 for students in grades 6 through 8. There are 580 students enrolled in preschool through grade 12, with a 7:1 student-teacher ratio.

Melania Trump is expected to make the move from New York to Washington with Barron at the conclusion of the school year.

The law was challenged by civil rights groups and the Obama administration, which argued that it had a disparate impact on minority voters.

The North Carolina General Assembly had urged the court to review a lower court decision that held the law targeted "African-Americans with almost surgical precision." The Supreme Court declined to weigh in, but Chief Justice John Roberts wrote separately to stress that the denial should not be read as an endorsement of the lower court's decision.