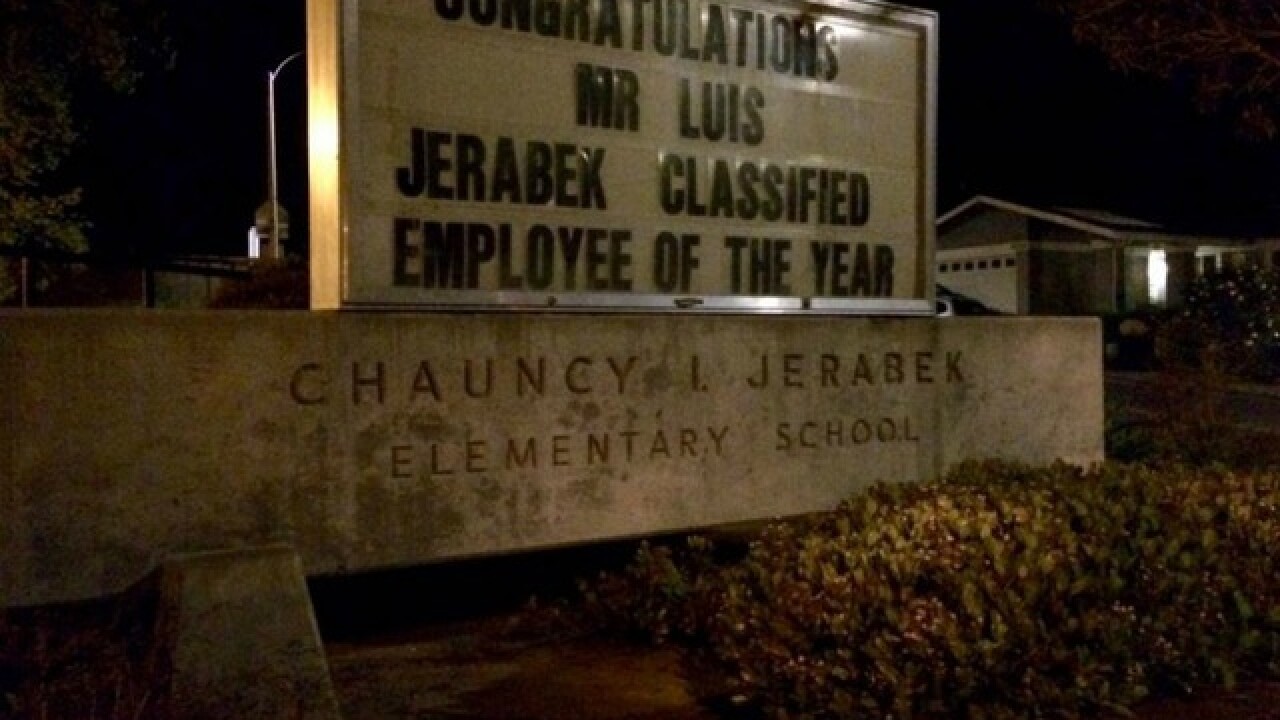 A 10-year-old girl and an 8-year-old boy were walking home from school near Jerabek Elementary School, in the 10000 block of Scripps Trail when a Jeep driven by a man was following them, according to police.

The Jeep passed them and pulled over to wait for them to pass several times, police said.

After numerous times of doing this, the suspect crossed over to the passenger side of his vehicle and exited it
after the children passed, according to police.

Police said the suspect tried to grab the boy but the girl pushed him forward so he tried to grab her. The suspect was able to grab part of the backpack she was wearing but his hand slipped off.

Both victims ran away and up a hill to get away. The suspect got into his Jeep and fled, police said.

The Jeep was described as a red Jeep with black fenders and a black top.

The suspect was described as a white male, 5 feet 8 inches tall, with dirty blonde hair and a left eye described as "messed up." He was wearing a white t-shirt, camouflage pants and red and white shoes.

Anyone with information related to the above incident is encouraged to call the San Diego Police Department or Crime Stoppers at 888-580-8477.