Pedestrian struck and killed on Interstate 5 in Chula Vista 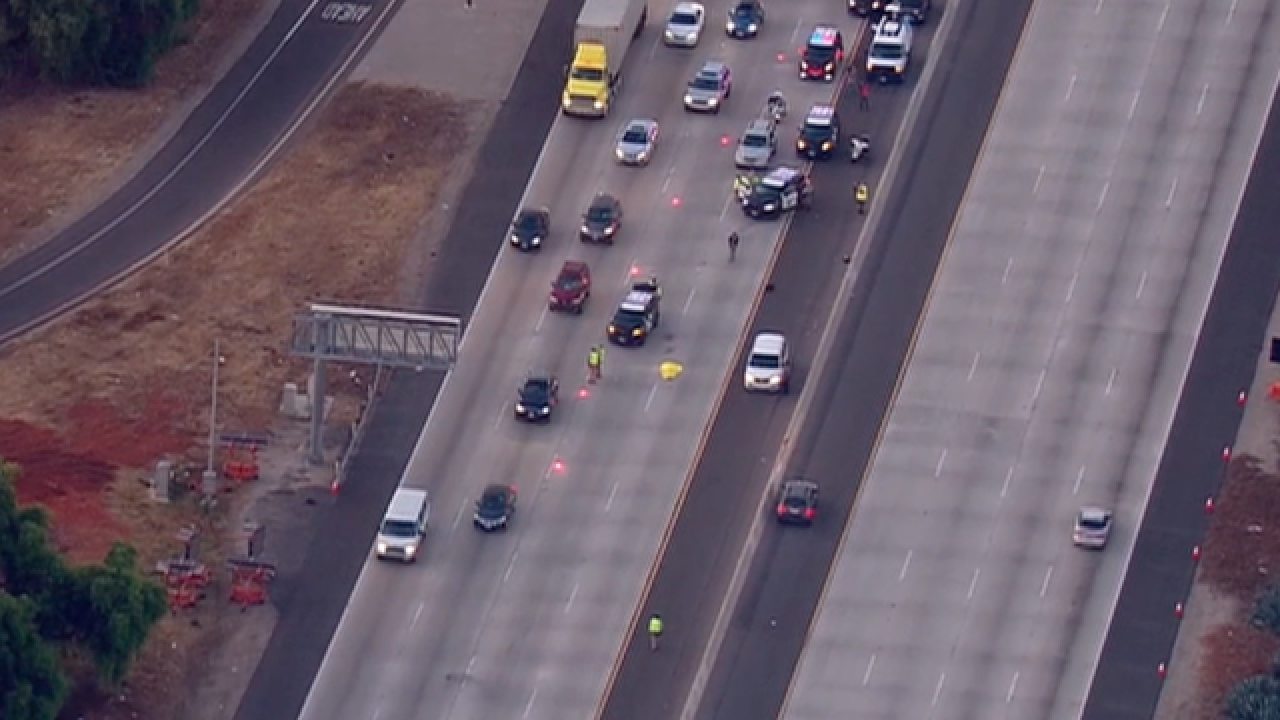 CHULA VISTA, Calif. (KGTV) - The California Highway Patrol is looking for the first driver who struck and killed a pedestrian on Interstate 5 in Chula Vista during rush hour Wednesday morning.

Just after the first crash, a man who was riding his 2006 Honda CVR 600 motorcycle hit the pedestrian a second time. The motorcyclist crashed on the freeway and suffered minor to moderate injuries, officer said.

A third vehicle, a Toyota Tundra pickup truck, swerved to avoid the body in the roadway but could not. The truck's driver was not injured.