According to the Chula Vista Police Department, nine pedestrians were killed in 2017 on city streets. That’s up 125% from 2016.

In the first three months of 2018 there have already been three fatal pedestrian crashes, a 200% increase from the same period last year. Police say it's the first time in four years they’ve had more than one pedestrian killed within the first quarter of the year.

The map below shows those killed in auto-pedestrian crashes between January of 2017 to March of 2018. 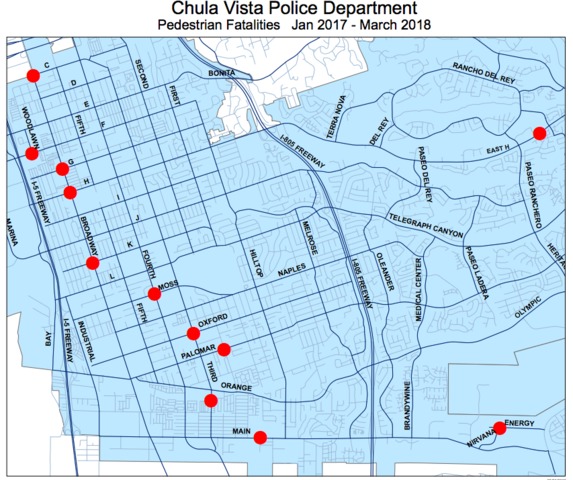 In an effort to combat the trend and educate the public, the city unveiled a new campaign on Thursday called “Stay Safe Chula Vista.”

To kick off the program they have named April as “Pedestrian Safety Awareness Month.” The Chula Vista Police Department along with the Fire Department and Department of Traffic Engineering will be working together on enforcement and education.

CVPD will have increased patrols targeting both drivers and pedestrians who violate traffic laws. Along with the ticket, violators may also relieve pamphlets with information on the “Stay Safe Chula Vista” campaign.

Of the nine fatal collisions in 2017, CVPD said pedestrians were found to be at fault in seven of them.

The announcement came a little over a month after a 90-year-old man was killed while crossing the street.

Police say the man was crossing East H Street when he wasn’t supposed to when he was struck and killed.

Similarly, in January of 2018, a 94-year-old man was hit and killed on the 1500 block of Third Avenue. In that incident, police said the suspect fled the scene after striking the 94-year-old.

A law firm in 2017 commissioned a study that revealed the most dangerous intersections for pedestrians in San Diego. Click on the image below to see the statistics: 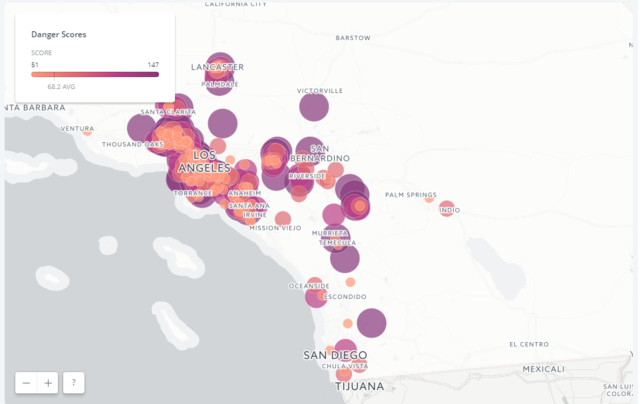