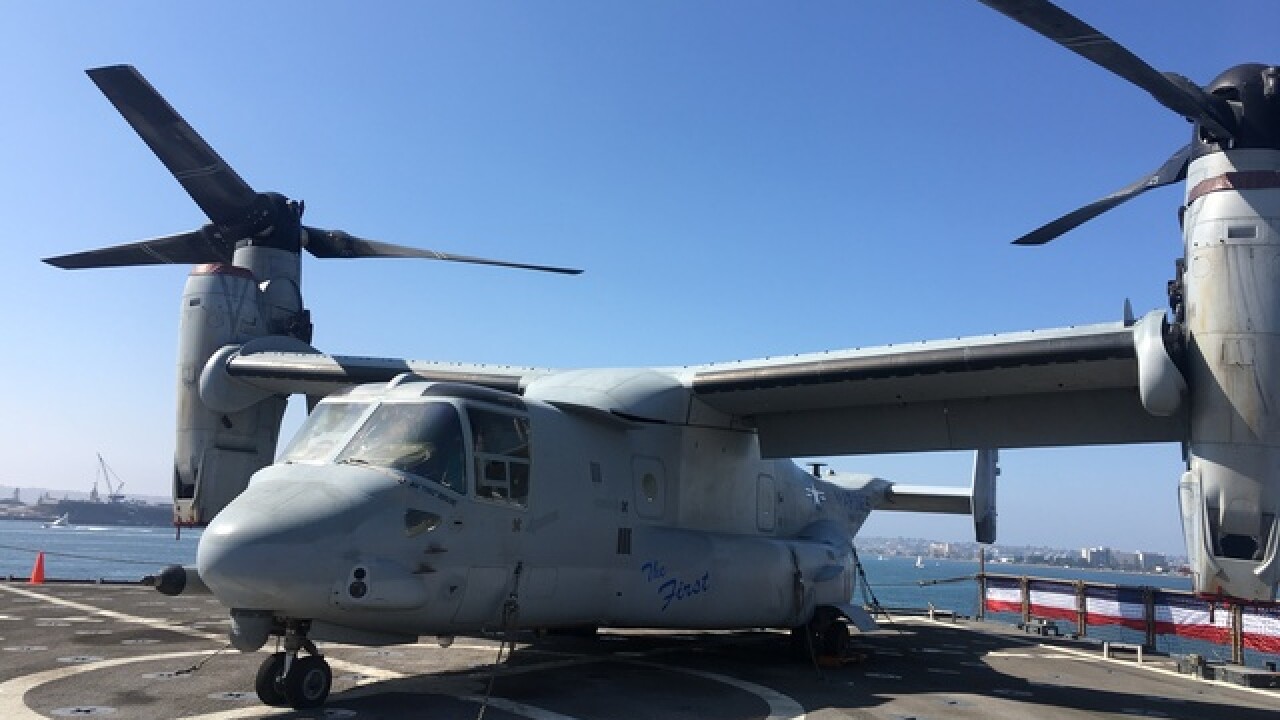 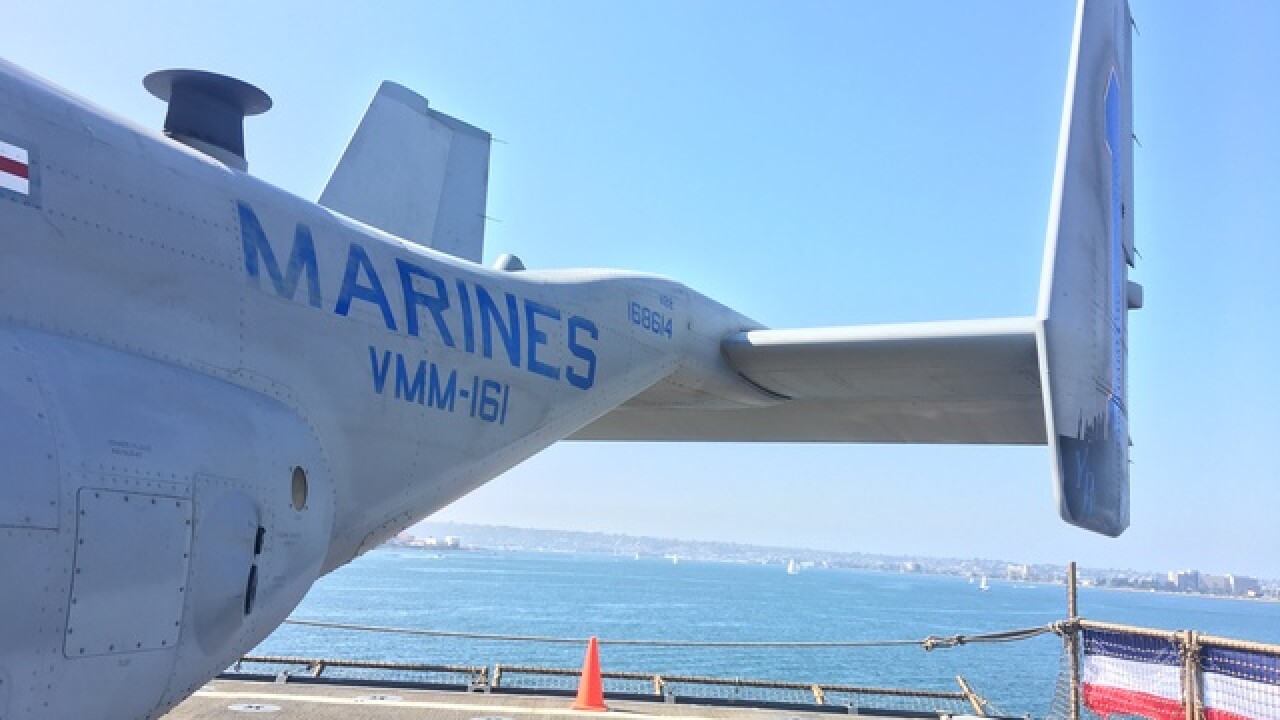 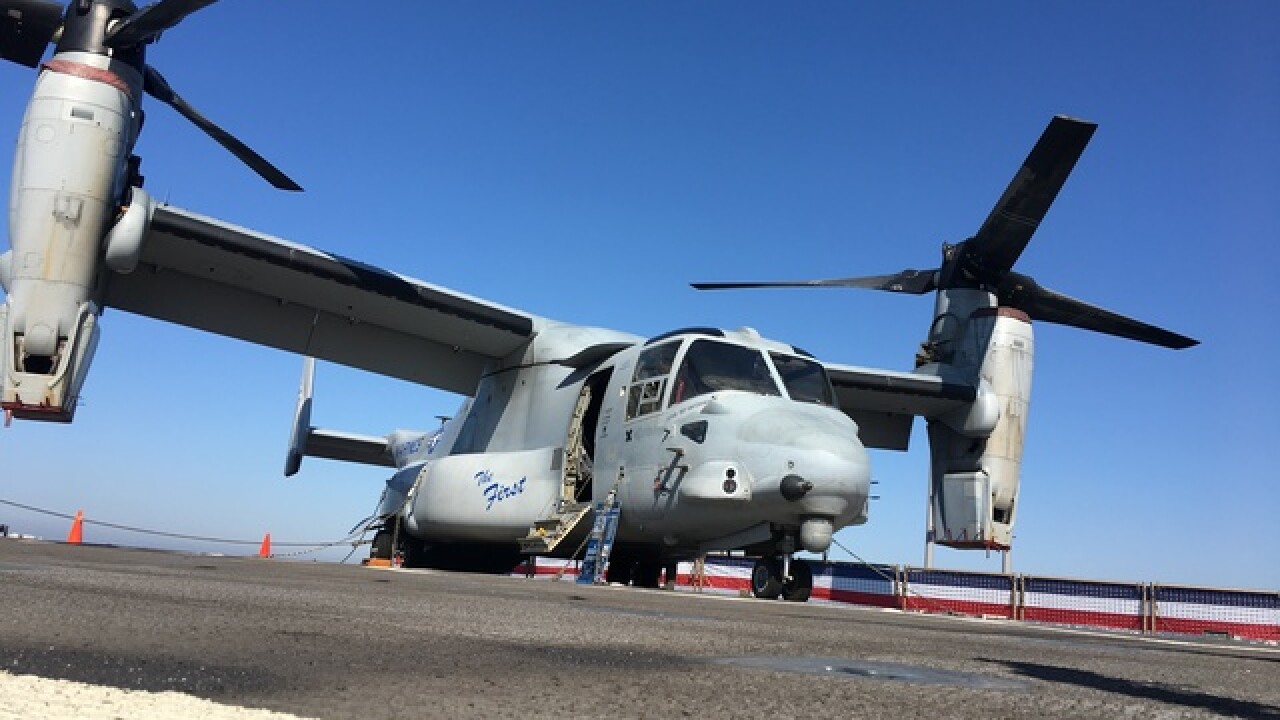 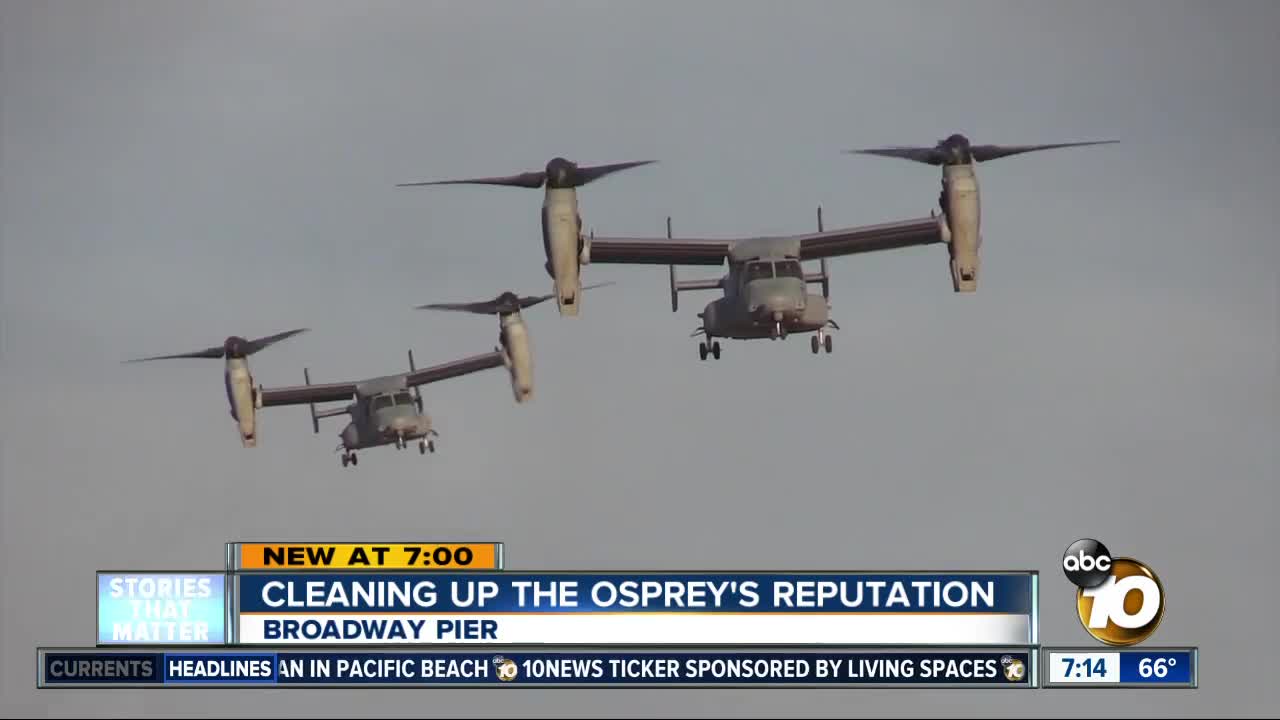 SAN DIEGO (KGTV) — At Fleet Week, the Osprey MV-22 is on display, on the USS Harper's Ferry's flight deck, a controversial aircraft after dozens died during training. Crews say now it's much safer.

The unique aircraft transforms from a helicopter to a plane mid-flight. The trouble, four crashes killed 30 people during training missions from 1991-2000.

"Most every system on that aircraft has a triple redundant system, so that if there is a failure the other two systems pick up the slack," Corporal Tyler Gartin said. Over the years, the advanced, one-of-a-kind system has been constantly updated, making safety a priority.

The Marines onboard the USS Harper's Ferry say it's indispensable.

"We can land it anywhere we want to just like a helicopter, but then we have that extreme range of an aircraft," Captain Vinnie Gallo with the US Marine Corps said they can refuel while flying, extending the range exponentially.

Another quality setting this bird apart, speed. "Basically it's going to suck you back into your seat, and everyone in the back is going to feel that, get pulled to the side. It's a pretty good force, feels like a sports car," Gallo said.

Both Gallo and Gartin say the technological updates make the aircraft safe, and they're not concerned when they take her up.

"There was a tragedy out in Kumamoto, a terrible earthquake, a lot of people were stranded, injured and didn't have a whole lot of supplies," Gartin said he was in Japan for the relief effort. "The Osprey was able to land in places that other aircraft were not able to, and carry out a much higher payload than any other helicopter possibly could have. So it was absolutely indispensable."

Some in the military still don't trust this bird, "just because of the fact that some people still don't like riding roller coasters and that aircraft right there is a rollercoaster," Gartin said.

You can check out the Osprey and ask any questions of the crew anytime during Fleet Week Saturday, or Sunday from 10 a.m. to 4 p.m.

For more information about events or how to donate to Fleet Week, visit fleetweeksandiego.org.