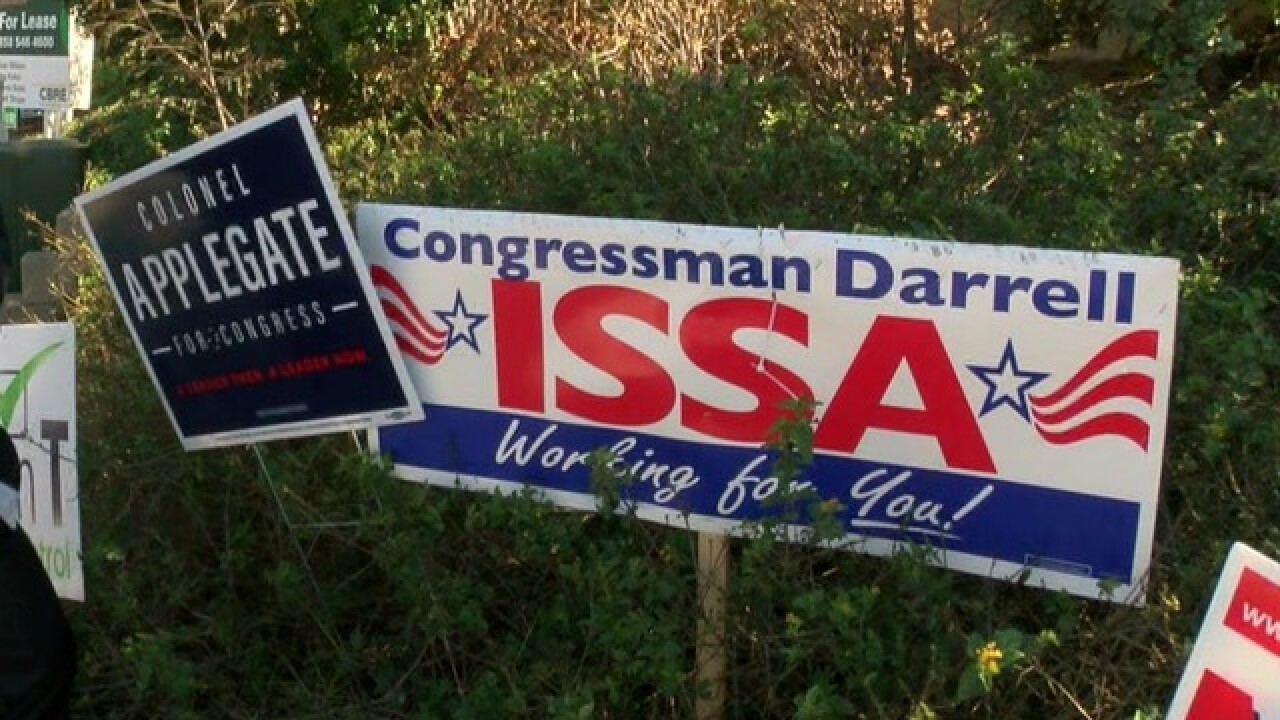 By: City News Service
Posted at 4:32 PM, Mar 08, 2017
SAN DIEGO - Orange County environmental attorney Mike Levin announced Wednesday that he'll try to unseat Rep. Darrell Issa, R-Vista, next year.
Levin would not only face Issa, but a second Democratic challenger in Doug Applegate, who came close to toppling the incumbent last year.
"As a proud husband and dad of two small children, I care very deeply about the quality of life we're creating for future generations," Levin said. "That means world-class schools, jobs for the future, clean air and water, reduced greenhouse gas emissions, and a government that's transparent and accountable to all of us."
On his website, Levin said he grew up in southern Orange County, was class president at Stanford and graduated from the Duke University School of Law.
He was executive director of the Democratic Party of Orange County and sits on the board of directors of San Diego's Center for Sustainable Energy.
In a series of tweets Wednesday, Levin said, "I'll throw everything I have into beating @DarrellIssa. Trump has clarified the urgency. Our future is at stake" and "I've decided to run against @DarrellIssa because I care deeply about the type of country my young kids grow up in."

Today, I'm announcing my candidacy for Congress against @DarrellIssa. You know the stakes. I need your help, now. https://t.co/WLBYaPIedP pic.twitter.com/vwQpJ3RAaE

I'll throw everything I have into beating @DarrellIssa. Trump has clarified the urgency. Our future is at stake. https://t.co/WLBYaPIedP pic.twitter.com/bB4gLNG8if

Issa won reelection in 2016 by defeating Applegate by around 1,600 votes out of around 310,000 cast. In a strange twist, Applegate received more support from Issa's home base in northern San Diego County, while Issa outpointed Applegate in the challenger's Orange County turf.
Applegate said he planned to try again in the 2018 election cycle.
Copyright 2020 Scripps Media, Inc. All rights reserved. This material may not be published, broadcast, rewritten, or redistributed.