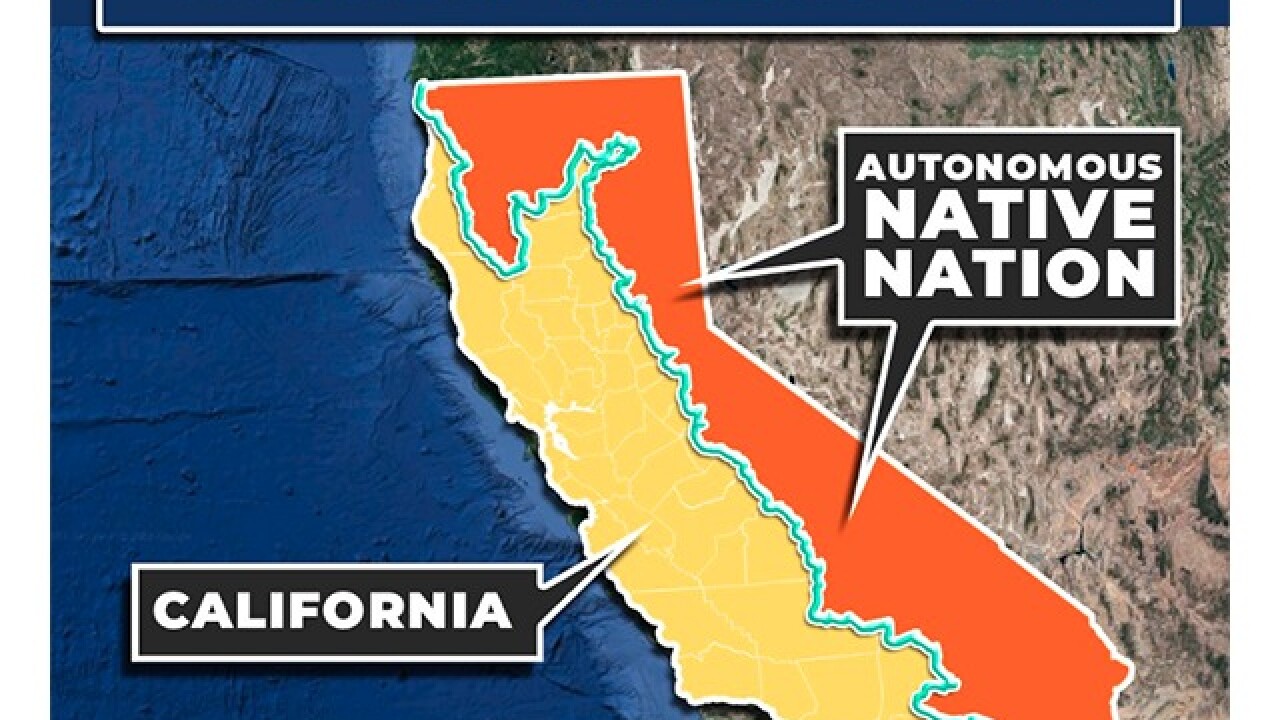 "The plan is to retrocede virtually all federally-owned properties in California back to its original occupants, the California Native Americans," part of a release reads.

Earlier this year, advocates with the campaign began collecting signatures for the initiative.

The proposed initiative is the third Calexit proposal since the election of President Donald Trump. Previous efforts were all either withdrawn of failed to gather enough signatures.

The latest proposal asks voters about secession in 2020. If the longshot initiative passed, a second election would be held a year later that asks voters to affirm the action.